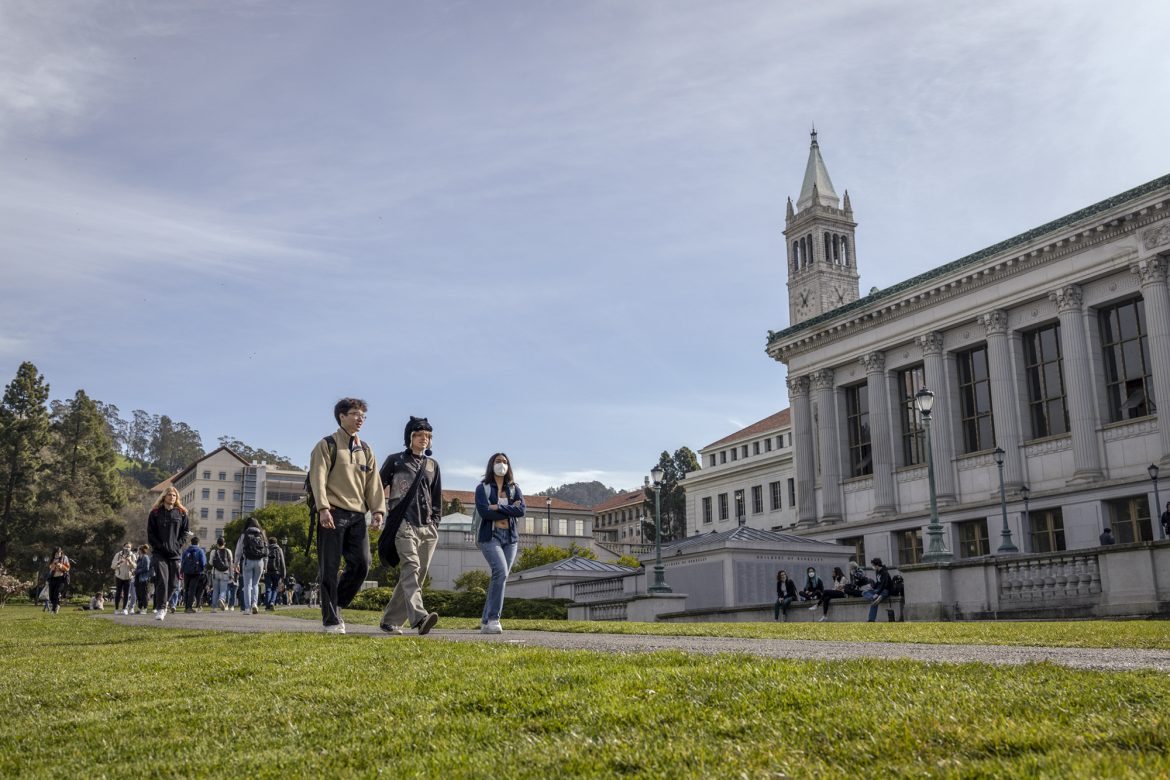 Students walk past the Doe Memorial Library on the University of California, Berkeley campus on Feb. 3, 2022. Thalia Juarez for CalMatters.

The University of California received a record number of applications for fall 2022 admission, thanks to a jump in applications from incoming freshmen, the university system announced Thursday.

However, the system also saw a decline in the number of students seeking to transfer from a California community college to one of UC’s nine undergraduate campuses.

“The University of California remains an institution of choice for so many hardworking prospective undergraduates,” said President Michael Drake in a statement. “This diverse group of students has shown their commitment to pursuing higher education and we are thrilled they want to join us at UC.”

Meanwhile, UC received 30,936 applications from students seeking to transfer from a California community college, a 13% decline compared to last year. California’s community colleges have suffered dramatic enrollment declines since the onset of the pandemic in 2020, and UC said in a statement that those declines have “decreased the available pipeline” of transfer students.

“UC is aware of the decrease in transfer applications and California Community College students across the system and is working to ensure that this critical group is supported in their efforts to apply at our campuses,” Han Mi Yoon-Wu, UC’s executive director of undergraduate admissions, said.