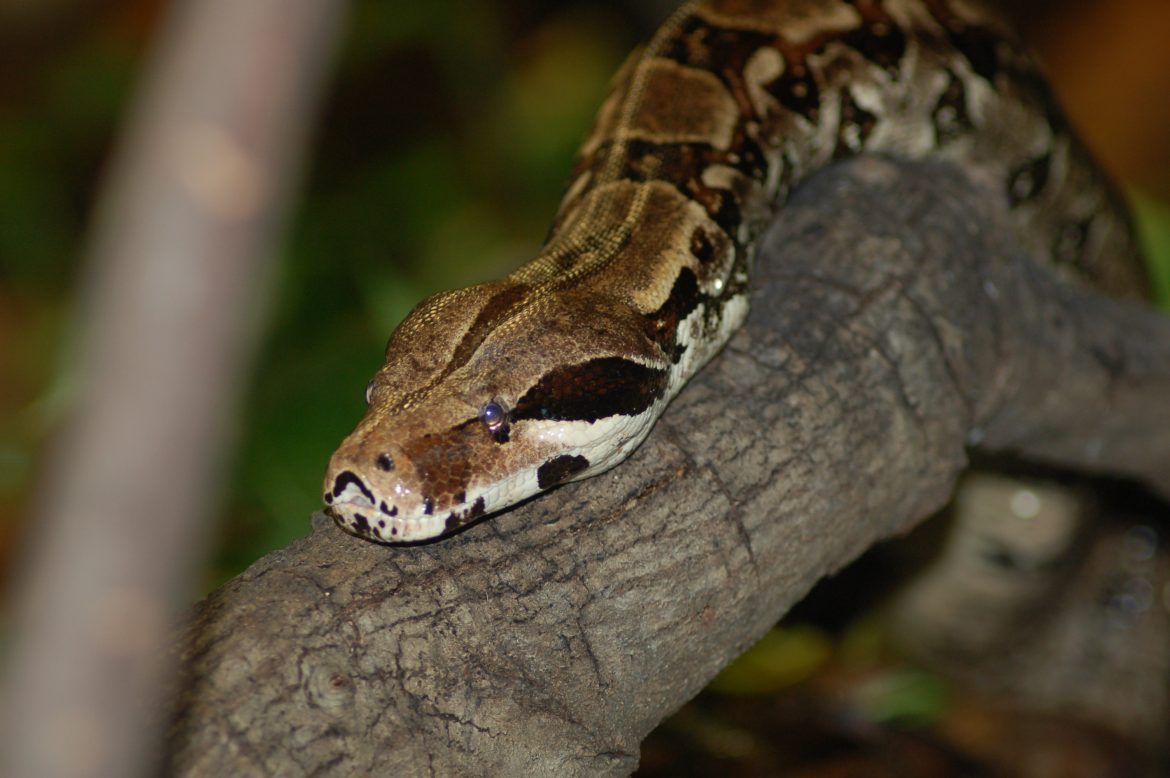 An Oakland Zoo photo of a red-tailed boa.

East Bay Regional Park District crews are still on the lookout for a large boa constrictor snake that was spotted in Anthony Chabot Regional Park in Oakland earlier this week.

According to park officials, the snake is not venomous or a threat to the public, but may be in danger because it is a non-native species.

The Bay Area has colder weather than the snake’s usual habitat of warm tropical forests or grasslands.

The park district was notified Monday morning that a hiker the previous day had spotted what is presumed to be a red-tailed boa near Big Bear Trail.

If the snake is spotted again, crews will try to collect it and work with the Oakland Zoo to assess its health and figure out a long-term home for it.

Authorities do not know how the snake ended up in the park, but said abandoning any animals in regional parks is illegal.