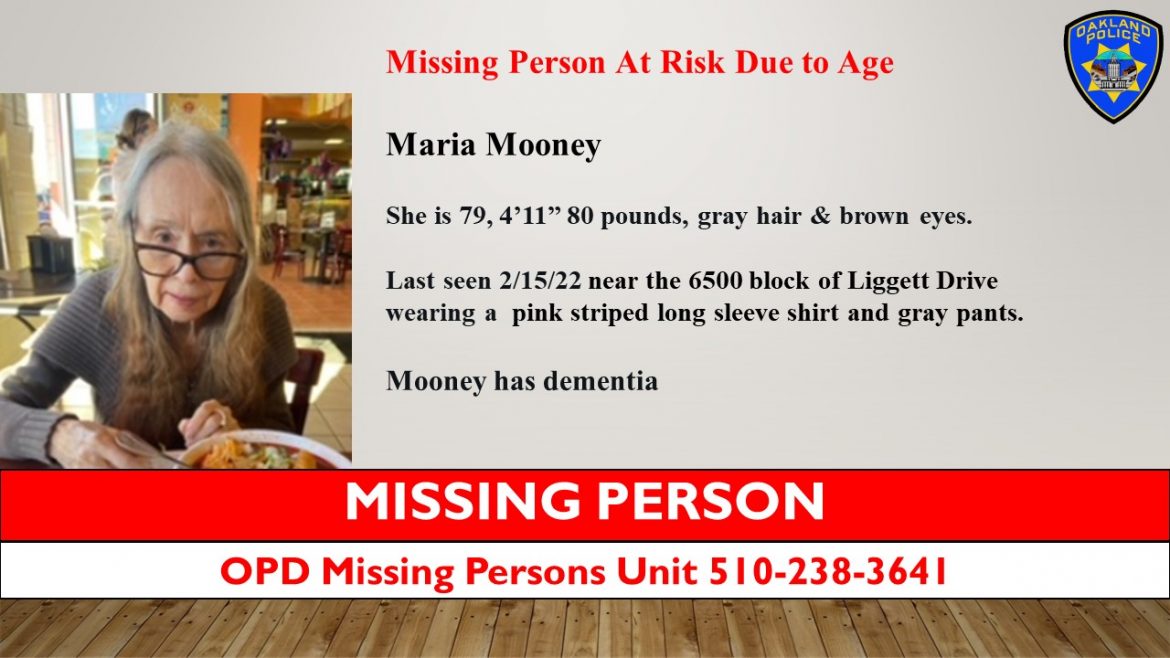 Police and dog search teams continued to scour the streets on the Piedmont-Montclair border near Highway 13 for a missing Oakland woman on Tuesday evening. The missing woman, Maria Mooney, is considered at risk due to age and dementia. According to the Oakland Police Department she was last seen Tuesday in the 6500 block of Liggett Drive around 11 a.m. Mooney was wearing a pink striped long sleeve shirt, gray pants, and shoes. She is described as a 79-year-old Hispanic female. She stands 4’11”, weighs 80 pounds, and has gray hair and brown eyes. The family reports Mooney has a poor mental condition due to dementia.

If you have any knowledge or information regarding the whereabouts of Mooney, please notify the Oakland Police Department’s Missing Persons Unit at 510-238-3641.