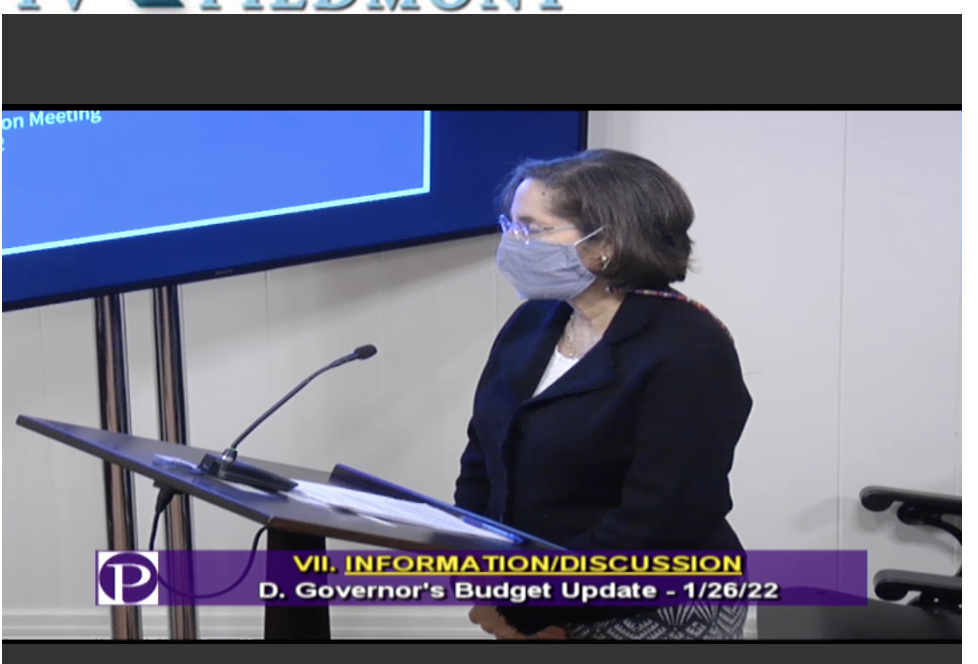 PUSD’s Chief Financial Officer Ruth Alahydoian presented a rosy picture of the district’s 2022-2023 budget to the Board of Education last Wednesday. The Governor’s proposed state budget released on Jan. 10 sets aside a substantial amount of new funding for public schools, funds that will add significantly to the district’s coffers even as it faces the financial costs of declining enrollment in the next few years. The budget must be formally approved in June.

“The bottom line for the District is we no longer have a budget challenge in our multiyear projections,” Alahyodian said in a memo to the Board. “The gap between revenues and expenditures over the next two years that was identified at budget adoption in June is now eliminated based on the current assumptions.”

Here’s where PUSD stands to benefit, according to Alahydoian’s presentation:

• Local Control Funding Formula (LCFF): The LCFF determines the bulk of the State’s funding to school districts. The formula assigns a base grant amount per student, with differing amounts depending on grade. For Piedmont, an increase in the base funding through the Cost of Living Adjustment  (COLA) is the most important revenue adjustment in the State budget. LCFF represents 48% of the District’s revenues. The Governor estimates that the COLA will be 5.33%. Prior Board of Education projections were 2.48%. This difference generates $600,000 in additional LCFF revenues in 2022-23.

Average Daily Attendance (ADA) Calcuation: School funding is based on ADA, and with enrollment declining throughout the State, school districts are anticipating a loss in funding. In response, the Governor has proposed a new option for calculating ADA. In additional to the current options of the greater of current year or prior year ADA, the Governor has proposed the average of three prior years. This option cushions the decrease in funding for Districts like Piedmont with declining enrollment. Using the three-year average rather than the prior year for ADA results in an increase in LCFF funding of $1,300,000. These two changes will result in $1.9 million more in LCFF revenue than projected at 1st Interim for 2022-23.

* Special Education: The Governor’s proposal increases the funding for SPED. The base rate is proposed to increase by $105, which would generate approximately $250,000 for the District. While the additional funds are appreciated, the District’s SPED related costs have increased by more than that amount this year as additional services are needed to make up for lost learning during COVID. Most of these additional services are paid from one-time resources. If we determine that these services will be needed for at least another year, the additional funds will simply replace the one-time.

• Facilities funding: The other significant proposal for Piedmont in the Governor’s budget is the proposed contribution of $2.2 billion to the State Facilities Program. If this is approved, Piedmont is in line to receive $6.9 million over the next two years. These funds will reimburse the funds that were expended on eligible projects and will allow the District to repay the $2.4 million that is being borrowed to complete the work. (That is, some aspects of the new theater and STEAM buildings.) The remaining $4.5 million will be available for other bond-eligible projects, such as Witter Field.

• Other educational programs the Governor proposes to invest in:

–Expanded and enriched learning opportunities through after school programs.

PUSD must join the national school lunch program in order to participate and doing so will change the way the school district currently provides food to students.

“I think we can make it work,” said Superintendent Randy Booker. “But what I want the Board to hear is that to make it work, I don’t think it will be a cost-neutral environment. We’ve run food service as a restaurant — it has to break even or make money. If we’re going to maintain the quality of food we have today and implement this program, we’re going to have to dip into the general fund. We can and will do it. But I don’t think we can do it at $5 a day.”

PUSD is looking to learn from other school districts that already implement a school lunch program, said Alahydoian. It may be a loss, but it should be possible through economies of scale to make this work, she said.

Alahydoian said that the district will review expenditure projections to have a more complete budget picture for the board when the Second Interim report is presented on March 9. It will review all current expenditures that are paid from one-time funds (e.g., Expanded Learning Opportunities Grant) to determine which should be continued, including summer school, tutors , additional counseling, additional instructional paraeducators, health clerks, SPED placements for specific services.

*The proposed state revenues will be the only information available until May, when the Governor will provide a May Revision. The State Legislature will begin review and deliberation of the proposal and may make significant changes before final approval of the State budget in June. A summary of the proposal, as it pertains to Piedmont Unified School District, will be presented at that time.

One thought on “PUSD gets big budget boost from state”