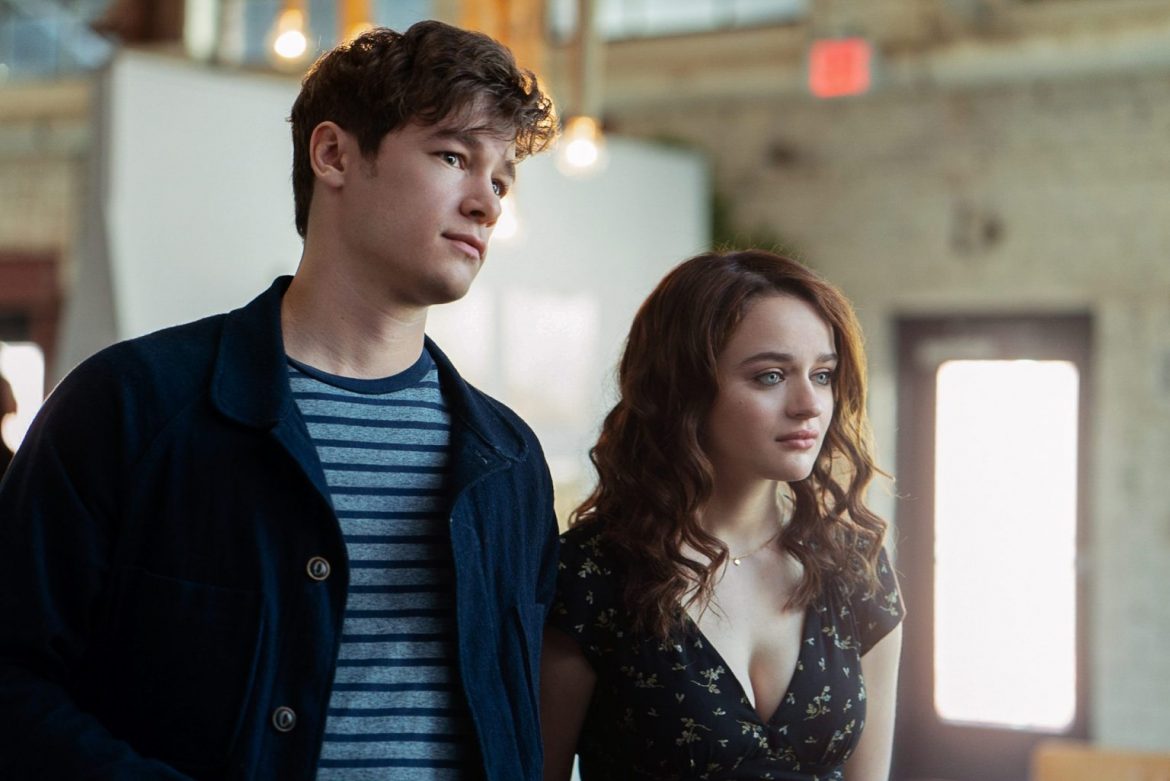 Just like those premature flowers and plants springing up all around us, the Bay Area film festival circuit hints it, too, is ready to show off its blossoms early this season.

This week, Pass the Remote canvasses the prime pickings at two relative newcomers, the Alameda International Film Festival (Friday-Sunday) and the Petaluma-based Shift Your World Film Festival (Thursday-Sunday). We also check out a one-night-only Bay Area screening of a riveting documentary about the fatal 1982 Alpine Meadows avalanche “Buried” (Saturday), and take a look at the little-seen 1976 gem “Chess of the Wind,” an Iranian drama that was banned in its homeland of Iran, and also single out two exceptional performances from Bay Area-born actors — Kyle Allen in Paramount+’s supernatural romance “The In Between” and Adam Scott in Apple TV+’s surreal workplace thriller “Severance.”

The big fanboy/fangirl event of the weekend takes place Saturday as part of the Alameda International Film Festival when a screening of the stop-motion animated feature “Mad God” and an appearance by its revered Berkeley director, visual effects wizard Phil Tippett, happens.

The Oscar-winning 70-year-old filmmaker’s imaginative creations (featured in the original “Star Wars” trilogy, “Jurassic Park,” “RoboCop” and on) continue to inspire childlike wonder in ensuing generations of filmgoers. The founder of the Berkeley-based Tippett Studios will discuss his latest feature during a Q&A before a screening of the R-rated, adult-oriented “Mad God.” It shows at 7 p.m. Saturday at the Alameda Theatre & Cineplex. Tickets cost $20. Better get them now.

Other highlights in a slate that showcases a number of Bay Area-related shorts are the sly opening night comedy “Cafe Americano,” which is the feature-length debut from actor/director Alex Scheinman (7 p.m. Friday, $35), a “From Literature to Screen” workshop with filmmaker Christopher Coppola (1 p.m. Saturday, which includes a screening of his “Sammy & Quinn” short and another from his students, “Tale of Two Cities”) and a showing of “Hearts of Darkness,” an incisive 1991 documentary on the making of Francis Ford Coppola’s 1979 classic “Apocalypse Now” (3 p.m. Saturday).

For information and to purchase tickets or a full pass, visit https://www.alamedafilmfest.com/.

If money’s tight but you are in need of some spiritual and soul-stirring nourishment (who isn’t right now?), check into the inspirational offerings lining the Shift Your World Film Festival, a free online-only event that has 18 feature-length films and six shorts. The goals of the films are to enrich and enlighten. An added bonus is that Oscar-winning actor Jeff Bridges will kick things off with opening remarks.

One of my picks is Nicholas Bruckman’s moving documentary “Not Going Quietly,” which details tireless activist Ady Barker’s efforts to enact needed changes for the disabled. Another feature that I’m eager to see is the North American premiere of “Mission: Joy – Finding Happiness in Troubled Times,” which chronicles the joyous friendship between two spiritual legends/Nobel Peace Prize laureates, the Dalai Lama and Archbishop Desmond Tutu. Another topical documentary is Kim A. Snyder’s “Us Kids,” which peers into the March for Our Lives movement that formed in the wake of gun violence that’s plaguing American schools.

While much of the programming is free, a VIP pass can be purchased for $49, and it grants access to the fest’s “Psychedelic Sunday” slate of films and panels, along with full access to other panels and films. For information and tickets, visit www.shiftyourworldfilmfestival.com.

The painful, often harrowing memories that Alpine Meadows Ski Patrol members share in Jared Drake and Steven Siig’s gripping and absorbing documentary “Buried” will stay with you long after the film is over. Utilizing re-enactments and archival footage as well as testimony from survivors and patrol leaders about the fatal March 31, 1982, avalanche at the Alpine Meadows resort in Tahoe City, the talented filmmaking duo craft a somber, sobering survival tale on nature’s wrath and the emotional toll that the events took on rescue workers and families.

The DocLands Documentary Film Festival presentation benefits the American Avalanche Association and screens at 7 p.m. Saturday. It will feature an onstage conversation with Siig, a former Marin County resident, and Drake after the screening. If you’re partial to outdoor adventure documentaries, “Buried” is an absolute must. (https://rafaelfilm.cafilm.org/buried/)

While I was impressed by the captivating painter-like imagery evoked in Mohammad Reza Aslani’s stunning but little-seen “Chess of the Wind” at home, there’s no doubt that experience would have been made all that better and bolder by seeing the 1976 Iranian feature displayed on bigger screen.

You can get your chance to soak up the visual splendor of Aslani’s opus, a timeless tale about a wealthy family trying to get at the inheritance of a matriarch after her death. Aslani’s feature plays out like a classic tragedy and features hypnotic, often wide-shot scenes, mirroring a painting in how over time more details emerge the longer you study what you’re looking at. This restoration resurrects a powerful work that was banned in Iran and not shown for decades. (It opens Friday at the Roxie: https://www.roxie.com/ai1ec_event/chess-of-the-wind/?instance_id=44769)

If you want to be more of a homebody this weekend, here’s your opportunity to stay put and watch two dynamite performances from Bay Area natives.

First up is Santa Cruz native Adam Scott (so ever hilarious on the TV series “Parks and Recreation”) showing his serious side in the outstanding and ever-so surreal Apple TV+ series “Severance,” dropping this Friday. Actor/director Ben Stiller directs the bulk of the nine episodes, which finds Scott playing a grieving widower who is a participant in a controversial program that clinically separates the personal and work lives of each person. Patricia Arquette costars in a series that’s part Kafka, part Lynch and 100% brilliant.

Fans of supernatural romances along the lines of “Ghost” should swoon not only over Paramount+’s “The In Between” but also its lead actor, Kyle Allen. The Livermore native stars alongside Joey King in this well-made sob story in which a freak accident claims the life of Allen’s character, whose spirit hangs around with his former lover. Allen appeared in “West Side Story” and is involved in numerous other projects, including playing the role of Romeo in a comedic take of “Romeo and Juliet,” told from the perspective of Romeo’s ex “Rosaline.”