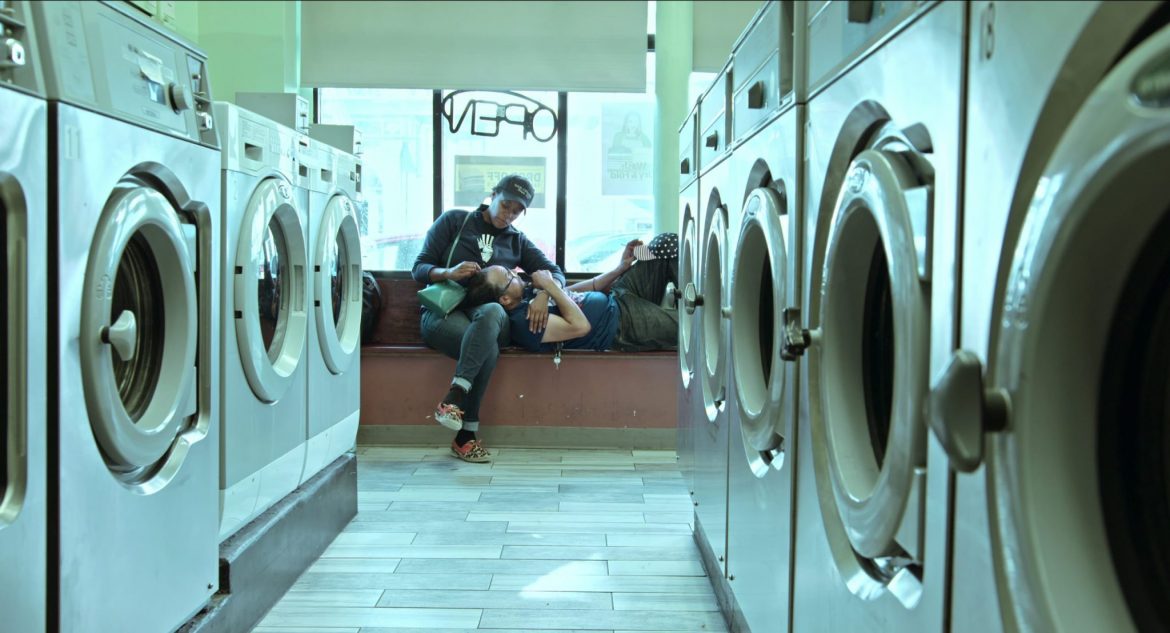 A fictional East Bay couple’s surrogate journey and five deserving nominees that are vying for an Academy Award in the best documentary short category. All are highlighted in this week’s Pass the Remote, along with two excellent Black History Month selections.

San Jose State University professor and Oakland filmmaker Amy Glazer comes up with another winner with her thoroughly enjoyable “The Surrogate.” Formerly titled the innocuous “Beautiful Dreamer,” it’s a warm, witty and relatable tale with couple Sara (Jennifer Mudge) and Billy (Louis Ozawa Changchien) anxiously navigating the imminent arrival of a son via a surrogate.

Paralleling that story is another couple-related subplot about their two friends, devoted-to-each-other lovers Margaret (“The L Word’s” Erin Daniels), a writer, and Jen (Kathryn Smith-McGlynn), both in the midst of daunting plans for their nuptials. Throw in some choice East Bay outdoor locations — including a trail (the filmmaker’s favorite) situated in the Oakland hills — and an ever-game, extra sassy appearance from Wendie Malick, a hoot as Sara’s high-maintenance mother, and you have a rewarding mix of comedy and drama well-suited for cool weather. (Now available to rent on various platforms)

Expect to hear the many Bay Area names mentioned at the podium during the March 27 Oscar telecast. A category burgeoning with Bay Area talent is the best documentary short division — one of the most competitive of any group this year. Here’s a breakdown on all the nominees, which are being packaged together and set to be shown in select Bay Area theaters starting this Friday. Next week, we review the best narrative and animated shorts.

Ogens gives us a unique visual and auditory experience, re-creating how high school athlete Amaree McKenstry takes in the world around him. Struggling after the loss of his close friend, McKenstry and his teammates enter their senior year with trepidation and an overpowering sense of loss.

“Audible” is a lovely film filled with ache and sorrow and a reminder that it’s important to grieve and pay homage to the loved ones no longer accompanying us on this journey through life while learning to move forward.

Highly respected San Francisco filmmaker Jay Rosenblatt presents us with one of the most personal and original conversation-starters in this category.

“When We Were Bullies” received its original world premiere at the 2021 Sundance Film Festival and will eternally remain relevant, a look back at a moment in Rosenblatt’s young life that now hounds him years afterward — an incident that involved the bullying of a fifth-grader.

Rosenblatt sought out to interview his classmates and his teacher and the boy bullied, and the eye-opening recollections serve as a message on how our past actions, and inactions, have the power to haunt and make us feel culpable in the end.

Netflix’s “Lead Me Home” brings into our living rooms the everyday realities of being a countless member of the unhoused population, those forced to live on the streets of three major American cities, which have ineffectively addressed an ever-more-alarming issue.

San Francisco filmmaker Jon Shenk and Pedro Kos spent three years looking at and into this crisis, and have come up with an impressionistic overview that’s told mostly from the perspective of those who are living through it.

Their 39-minute short doesn’t come up with any concrete solutions but does leave us with many question marks about communities not addressing the reasons why this is becoming more and more commonplace in three Western cities — San Francisco, Seattle and Los Angeles. “Lead Me Home” couldn’t be more urgent and topical.

The New York Times continues to hit home runs with their original documentary pieces, and Ben Proudfoot’s “The Queen of Basketball” is one of their finest productions yet. Narrated by Lusia “Lucy” Harris Stewart, it relates her odyssey from being mocked in school for being the tallest Black female teenager to being the only woman drafted by the NBA.

Proudfoot’s intimate documentary brings her odyssey into clear focus as the story unfolds and reveals a multitalented athlete who is plagued by her own self-doubt. It’s a remarkable true story certain to inspire athletic girls of color to not only pursue their dreams but also ignore their naysayers.

All of those four are worthy of the win, but my pick for what should take home the statue is Elizabeth and Gulistan Mirzaei’s unexpectedly moving “Three Songs for Benazir.”

The Netflix short is effective in every way, illustrating the plight of Shaista, a recently married man creating a life in an Afghanistan refugee camp. Shaista remains torn: Should he stay home and work harvesting opium poppies? Or should he enlist in the Afghan National Army, a dream that he has?

Every second of “Benazir” provides context, definition and clarity about Shaista’s experience, from the American blimp always lurking overhead to the joyous moments he shares with his wife, Benazir. It moved me to tears, and I suspect it will have that same effect on anyone who has the opportunity to watch it.

Directed by Brad Lichtenstein and Yoruba Richen, “American Reckoning” serves as a testament to how cold cases that involve past hate crimes — including the 1967 killing of Mississippi’s Wharlest Jackson, a Natchez local NAACP leader — profiled here are being reassessed. But the detailed “Reckoning” goes further than just recounting a horrific crime, revealing historical details about a group that refused to stand by and do nothing. You can watch it now at http://www.pbs.org/wgbh/frontline/?utm_source=promourl&utm_medium=direct&utm_campaign=frontline_2018.

Executive-produced by scholar Henry Louis Gates Jr., this fascinating production frames everything around five of Douglass’ iconic speeches. The actors speaking those words couldn’t be better: Nicole Beharie, Colman Domingo, Jonathan Majors, Denzel Whitaker and Jeffrey Wright. In between the words spoken, we receive a condensed history about the enigmatic leader, one of the few Black voices heard during the 19th century. It’s a powerful work that makes you want to read the work it’s based on. (Available now on HBO)