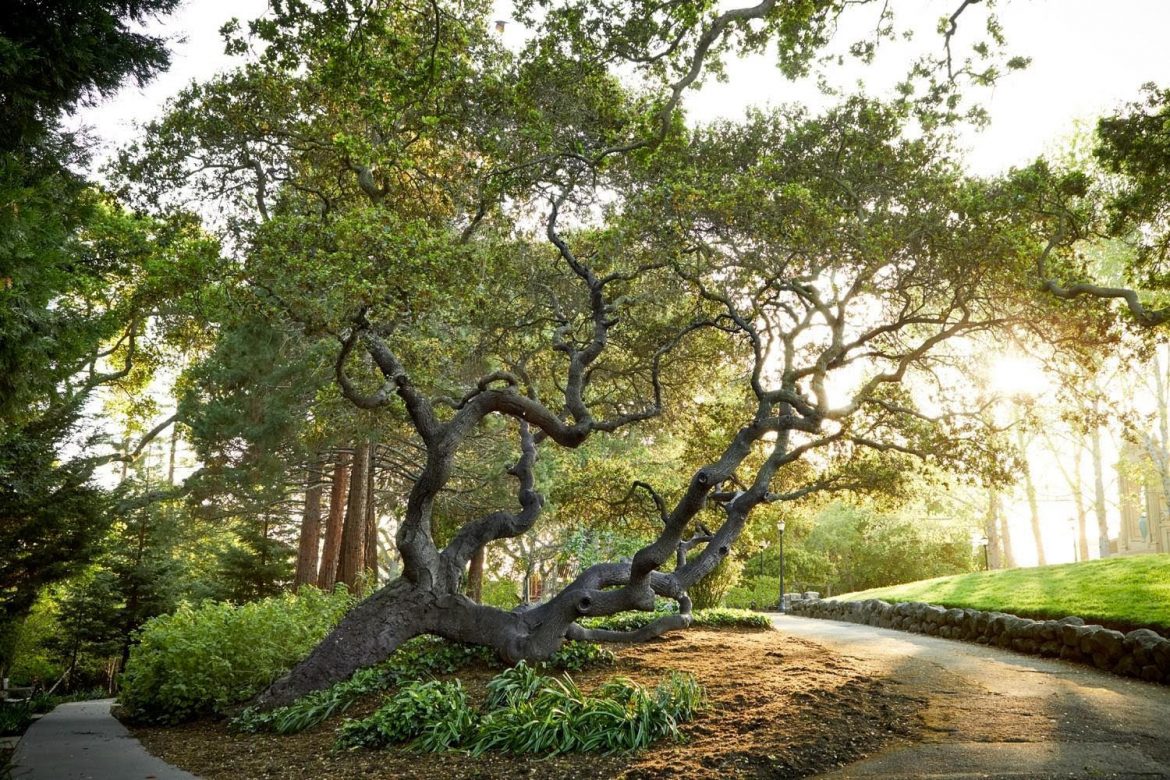 The Climbing Tree at Piedmont Park

The Heritage Tree program is an opportunity for the Piedmont community to recognize the distinctive trees in its urban forest. The community is invited to nominate trees growing on public property, such as parks, medians, and streets. Nominated trees will be considered based on their aesthetic, educational, or historical merits. Since its inception in 2018, the Park Commission has designated 19 trees (or groups of trees) as City of Piedmont Heritage Trees. There are still many, many trees worthy of this designation!

Piedmont’s Heritage Trees include the reclining coast live oak in Piedmont Park, called the Climbing Tree by many and nominated by Will, Finn, and Max Brumfiel. Other examples are the grove of eastern redbuds at the west end of Piedmont Park off Wildwood, nominated by Lisa Kieraldo; the four evergreen dogwoods that frame the City Hall entrance, nominated by Bobbe Stehr and Mark Enea; a group of 10 Highland poplars behind Exedra Plaza, nominated by Jim Horner; and a row of seven dawn redwoods growing in the former quarry at Dracena Park, nominated by Lyle Gordon.

Nominations are due by March 18 and winning trees will be announced at the Park Commission meeting on April 6. Forms are available on the Heritage Tree page on the City’s website at  https://www.piedmont.ca.gov/cms/One.aspx?portalId=13659823&pageId=17970894, where you can also view an interactive map of the existing Heritage Trees, which includes photos of the trees, descriptions, locations, and names of the nominating parties. For more information, please contact Nancy Kent at nkent@piedmont.ca.gov or 510-420-3064.