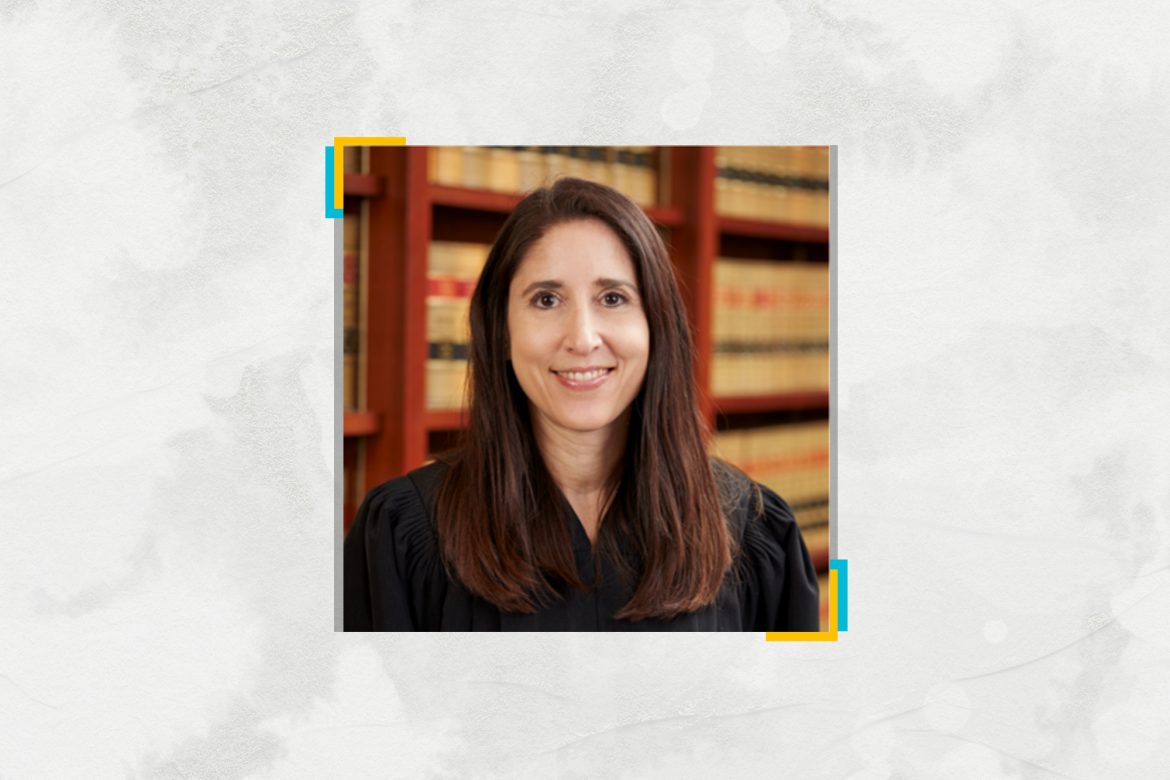 Gov. Gavin Newsom today nominated to the state Supreme Court Patricia Guerrero, a San Diego appeals court justice who, if confirmed, would be the first Latina to serve on California’s highest court.

Colleagues have praised Guerrero for her on-the-job dedication — so much so that she once finished a criminal hearing brief while enroute to the hospital in labor.

“I am deeply honored by this incredible opportunity to uphold the rule of law and make a positive impact on the lives of Californians across the state,” said Justice Guerrero in a news release. “If confirmed, I look forward to helping instill confidence in the equality and integrity of our judicial system while honoring the sacrifices of my immigrant parents and demonstrating to young people that anything is possible in our wonderful and diverse country.”

A native of the Imperial Valley, Guerrero graduated from University of California, Berkeley and Stanford Law School before starting her legal career.

She served as an attorney in the U.S. Attorney’s Office and as a law firm partner before being appointed to the San Diego Superior Court bench in 2013.

She has served on the Fourth District Court of Appeal since 2017. At her confirmation hearing that year, former colleague Robert Howard recalled how Guerrero finished a brief on her way to give birth to her son, and coordinated filing the brief hours later.

In nominating for the high court today, Newsom said her “wide-ranging experience, integrity, deep respect for the rule of law and lifelong commitment to public service make her a phenomenal candidate to serve as our next California Supreme Court Justice.”

State Supreme Court justices are nominated by the governor and must then be confirmed by the Commission on Judicial Appointments, which consists of California’s chief justice, the state attorney general and the senior presiding justice of the Court of Appeal.

Guerrero would replace former Justice Mariano-Florentino Cuéllar, who stepped down to run the Carnegie Endowment for International Peace. Cuéllar’s resignation left no Latino representation on the state’s most diverse bench. Since then, Newsom has been under increasing pressure to appoint the state’s first Latina member.

“Newsom has a chance to make history and give a Latina her rightful place in the California Supreme Court, making the judicial system stronger and fairer,” wrote Paul Barragan-Monge, director of mobilization for the University of California, Los Angeles, in November.

Across the state, there’s a significant shortage of Latinos attorneys and judges. In four majority-Latino California counties — Colusa, Kings, Madera, and Merced — there are no Latino judges in any superior courtrooms.

And such disparities can have effects that ripple through individual lives and entire communities. Research indicates that racially diverse judges and women judges tend to assess certain cases differently, on average, from their white and male counterparts.

And while roughly 60% of white and Asian Americans said they felt California county courts were fair over half the time, only about 40% of Latinos reported feeling the same, according to a study commissioned by the California Judicial Council.

After CalMatters reported last year on the gap and the state’s struggles to get more Latino attorneys to transition into judgeships, Gov. Newsom launched the California Judicial Mentor Program to help more diverse candidates apply to serve on the bench.