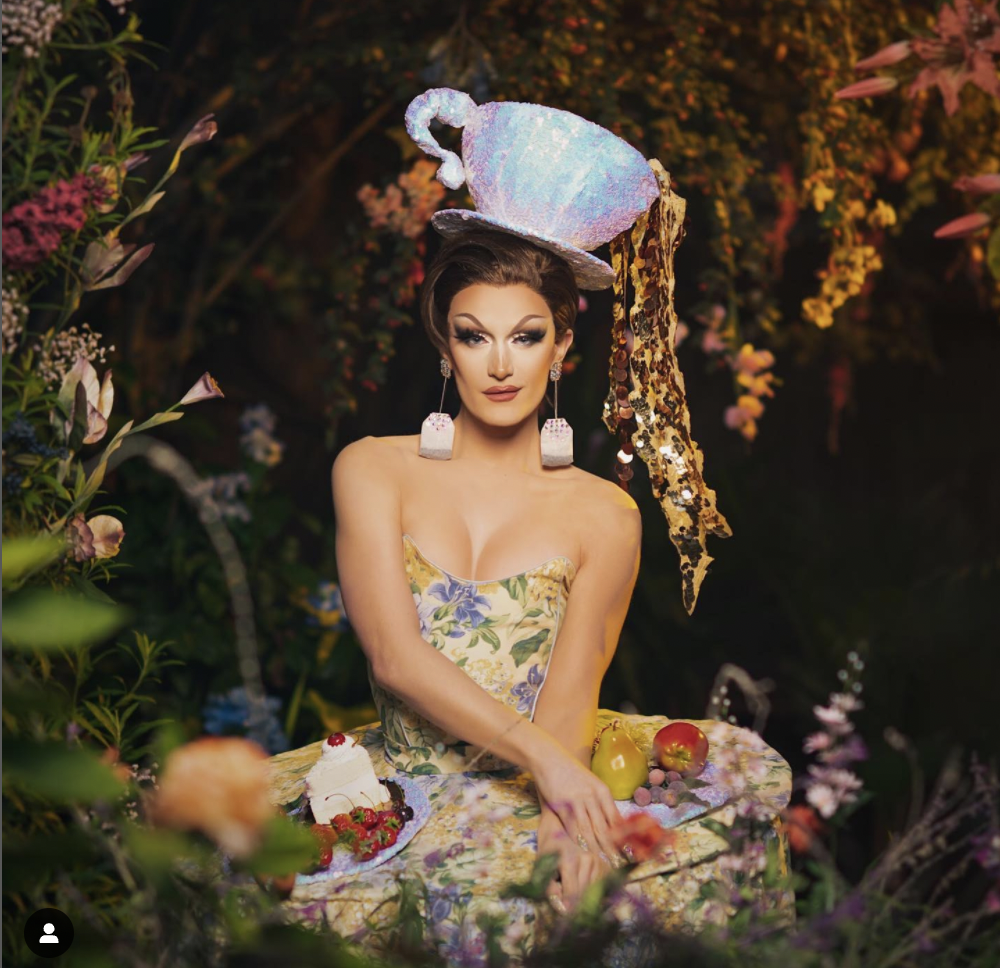 For a show to be in its 14th season, it’s really got to have that certain something. In the case of “RuPaul’s Drag Race,” there are definitely some things that have factored into its longevity and unwavering appeal — namely, episodes packed full of fun, humor and drama; creative and entertaining competitions; and a diverse cast of high-caliber drag queens with unique styles and personas.

Originally from Camden Town, a district in northwest London, England, Lady Camden is this season’s Bay Area queen, with ties to San Francisco and, to a greater extent, Sacramento. She is one of 14 contestants competing for the crown and money prize (as well as other prizes) in a show chalked full of challenges that require “charisma, uniqueness, nerve and talent,” as RuPaul often says on “Drag Race.”

Explains Lady Camden, “It’s all of your favorite reality shows from the 2000s combined. It’s ‘America’s Next Top Model’; it’s ‘Project Runway’; it’s ‘Survivor.’ It’s ‘Wife Swap’ (no, just kidding). And it means that the expectations of the queens are higher than any other reality show. Because we have to do what every reality show is doing — altogether — in drag.”

During each episode, the queens rigorously vie for the challenge win, with the hope of hearing praises rather than criticisms from the judges’ panel — RuPaul, Michelle Visage, Carson Kressley, Ross Mathews and guests — and “Shantay, you stay” rather than “Sashay away” directly from RuPaul. The challenges themselves vary, requiring the queens to memorize choreography, lyrics and lines — to dance, act, model, sing and be laugh-out-loud funny.

Lady Camden, a former resident artist at San Francisco’s Smuin Contemporary Ballet who recently performed in Smuin’s “The Christmas Ballet LGBTQ+ Night”, was initially excited to participate in the dance challenges. But with the COVID-19 pandemic, she had to resort to weekly Zoom meetings with a personal trainer to prepare for the show.

Says Lady Camden, “I remember I wasn’t really dancing very much and having to take ballet classes in my kitchen. [My personal trainer] would give me exercise routines to work on flexibility, and I did squats and a little bit of ballet here and there, because it was like, ‘Hey, if you’re gonna go into the competition and be a so-called dancer, then you’ve got to have it together.’”

And having it together on “RuPaul’s Drag Race” is key, as the show has a long history of memorable performances and offers contestants a literal runway on which to showcase their talents and personal identities.

The first season of RuPaul’s Drag Race premiered in 2009, with renowned drag queen RuPaul as the show’s producer, host and main judge. RuPaul’s 1992 single “Supermodel (You Better Work)” significantly contributed to the mainstream presence of drag queens and queer culture. Her show has done, and continues to do, the same.

As Lady Camden shares, “I think it’s important for queer people to see, each season, 14 very different people, with very different stories, backgrounds and journeys to become a drag queen, which is someone who has the utmost confidence and believes in themselves.”

On “Drag Race,” LGBTQIA+ representation and various gender identities unapologetically take center stage in the context of a well-crafted reality show — and fans throughout the U.S. and beyond gravitate toward these aspects.

Says Lady Camden, “I can’t generalize every single person, but I don’t think a lot of [LGBTQIA+] people still embrace the sports world; I don’t think that that necessarily tells us our stories as much. And so ‘Drag Race’ has kind of become a placeholder for that. You see people that you identify with, or you root for, and it’s kind of fun to see them either succeed or get knocked out of the game. It’s something for us to kind of hold on to, and it brings people together.”

Season 14 features two transgender women and a cisgender heterosexual man among the cast. Previous seasons have included transgender men. For Lady Camden, the gender diversity on the show speaks to drag culture’s inclusiveness and to the focus on personal and artistic expression. “It’s becoming more and more about the drag … the love, the comedy, the humor, the color, the glitz, the glam,” she says.

Throughout the season, the show’s many viewers are witness to each of the drag elements she mentions, and the drag queens themselves proudly represent the locations and backgrounds from which they hail. For Lady Camden, though most of her years in California have been in the state’s capital, she sees herself as representing another Bay Area city as well.

“RuPaul’s Drag Race, Season 14” is currently airing on VH1 at 8 p.m. PT Fridays. The current season of the show, as well as past seasons, can also be streamed via Hulu and Amazon Prime. For more information, visit vh1.com/shows/rupauls-drag-race.