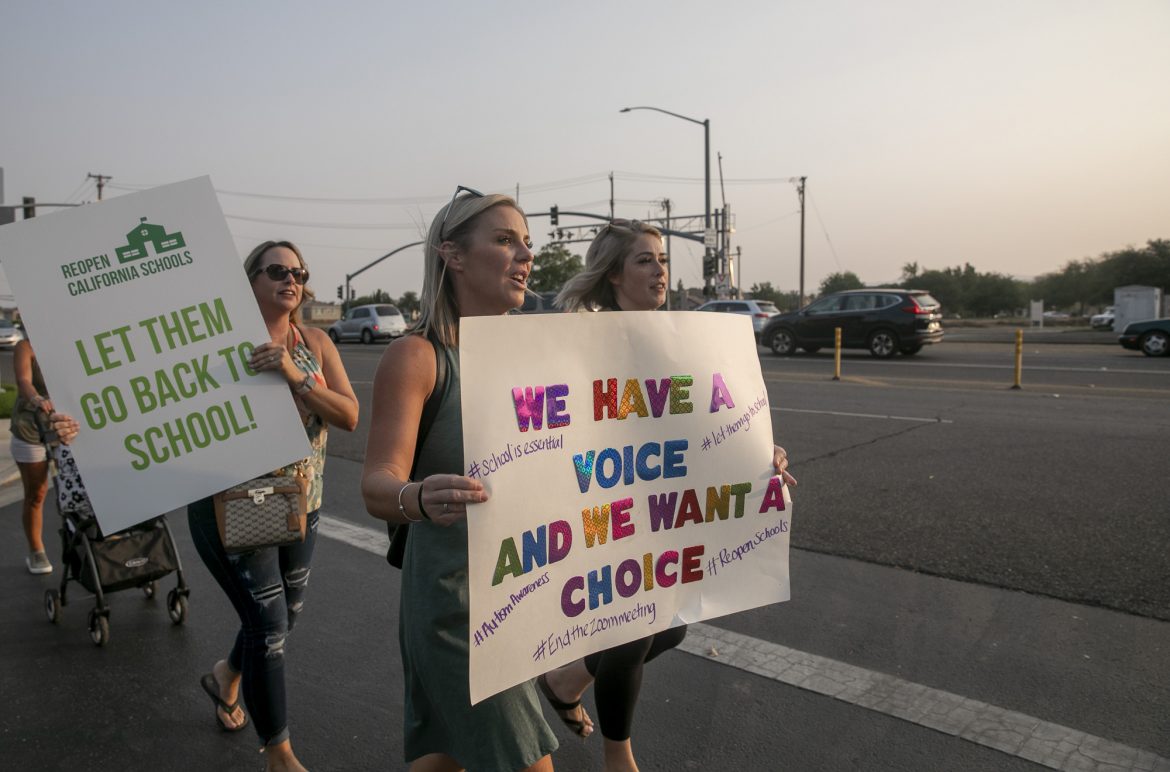 Kristin Bailey, center, a demonstration organizer, carries a sign in favor of giving parents the option of in-person instruction for their children during a rally in favor of reopening Brentwood schools on Sept. 15, 2020. “We as a community are smart enough to take proper precautions,” Bailey said. Photo by Anne Wernikoff for CalMatters

“We can never go back to the previous world where parents weren’t organized and weren’t lifting up their concerns together.”

The message to elected officials — ignore parents at your peril — might be the clearest statewide takeaway from a recall entrenched in local politics and whose possible ripple effects will likely also be mostly local. (They could potentially affect the political fates of District Attorney Chesa Boudin, who’s facing a recall election in June, and of Mayor London Breed, who will appoint the three board members’ replacements and is facing reelection herself in 2023. San Francisco voters will also decide in June whether to reform the city’s recall process.)

The San Francisco Chronicle editorial board argued that the recall was less about frustration over mask mandates or progressive policies than it was about the board’s general incompetence and its failure to “reopen schools in a timely way.” But now that campuses have reopened their doors across the state, angry parents seem likely to focus on other controversial policies, such as masks.

Newsom will likely face more questions about his school mask plan today, when he is expected to unveil more of his long-awaited “endemic strategy” for dealing with COVID.

Indeed, the pandemic has inspired some parents to run for office themselves. That includes Jonathan Zachreson, an independent-turned-Republican and Roseville father of three who founded an advocacy group called Reopen California Schools amid the pandemic. Zachreson is running for the state Assembly to, as he put it, “keep fighting to bring back normalcy for our kids.”