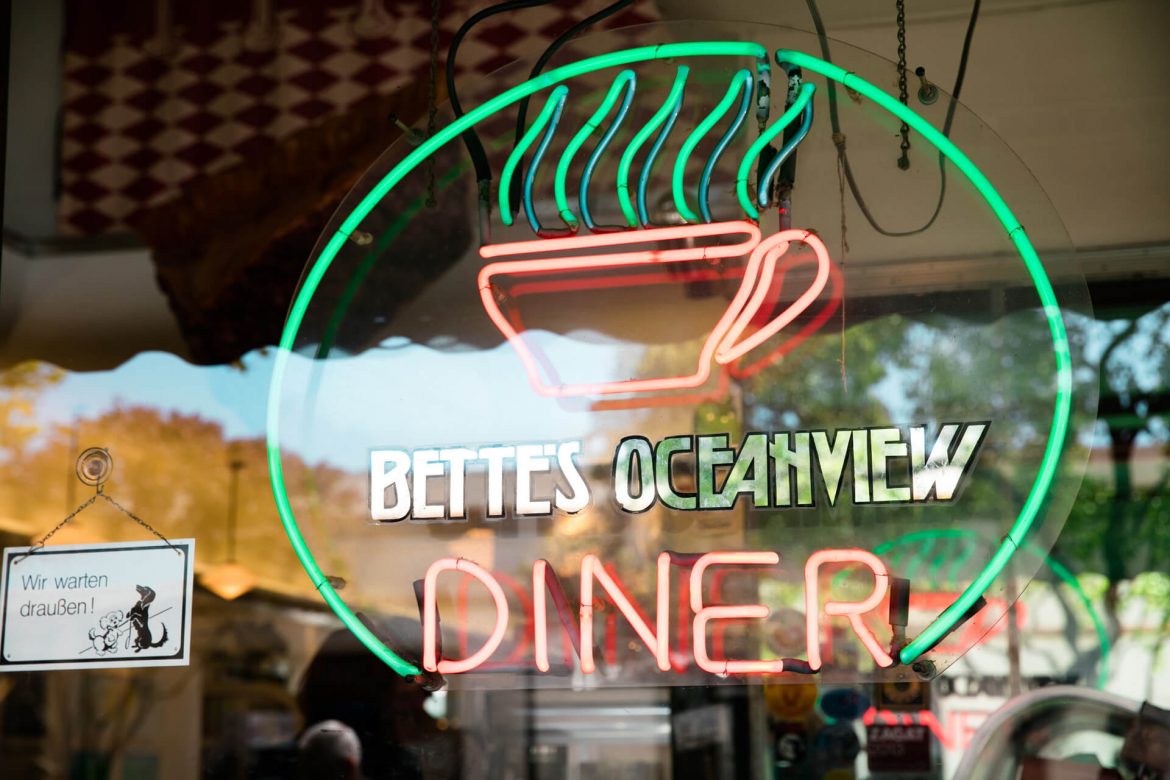 UPDATE Feb. 4: Berkeleyside’s Nosh reported on Friday night that staff of Bette’s Oceanview Diner plan to reopen the popular 4th Street restaurant as a co-op at the end of February. Read the story HERE.

Bette’s Oceanview Diner on Fourth Street in Berkeley announced it has closed for good, according to a report in Berkeleyside on Tuesday. The popular breakfast and lunch destination was just shy of its 40th anniversary. The restaurant’s namesake Bette Kroenig died in 2017 and her husband Manfred had tried to keep the operation running in the years since.

In recent months, “the business became harder and harder to run,” Manfred said. The roughest part was finding staff to work the diner’s long hours. “First we shortened out hours, then shortened our days, but we still had no one.” Manfred, still a vigorous age 67, said he was working most of the restaurant’s shifts, and “I can’t do that anymore.”

Manfred says that he had considered announcing a closure a month or two in advance, but “things tend to deteriorate that way.” He let staff know the business was closed for good Monday, and will not be reopening Bette’s doors.