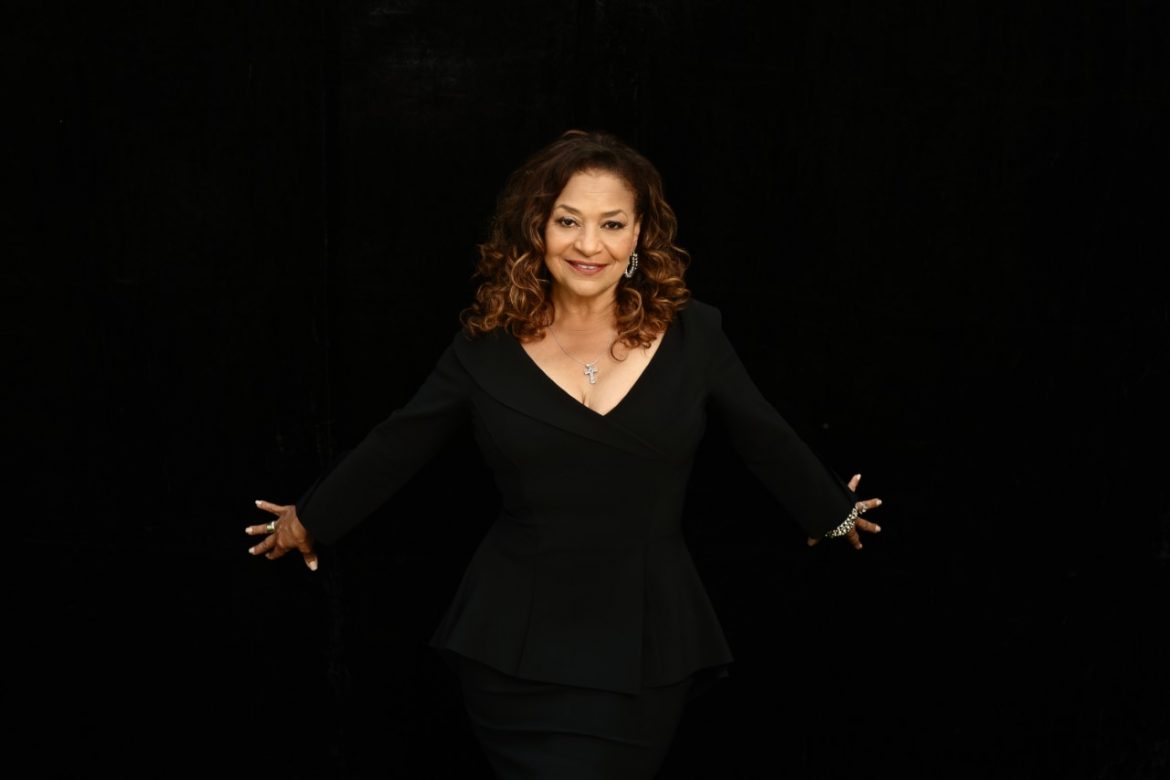 Debbie Allen will appear in Oakland as the Oakland Symphony performs her “Playlist” Saturday at the Paramount Theatre. (Photo courtesy Marvin Joseph)

Debbie Allen never got to spend time in person with Michael Morgan. But on the strength of a single Zoom meeting with the Oakland Symphony’s late music director, she knew she wanted to work with him.

That meeting, now almost a year ago, left a deep impression on Allen, who comes to Oakland’s Paramount Theatre this week as the featured guest in “Debbie Allen’s Playlist.” Invited by Morgan to participate in the Symphony series he launched a few years back, Allen says she was touched by his positive spirit, and, like many Bay Area music lovers, was saddened by his passing.

“He was just so enthusiastic about it, and so wanting to see it happen,” Allen explains in a recent call from her studio in Los Angeles. “I had no idea he was medically challenged and that we would lose him before this event. But again, this will be a celebration of him as much as it is a celebration of me.”

The Feb. 12 event features Allen — actress, dancer, singer-songwriter, director, producer and founder of the Debbie Allen Dance Academy (DADA) — introducing the music that has played a significant role in her life. With conductor Rickey Minor leading the Oakland Symphony orchestra, the event includes selections spanning eras and styles, from soul and rhythm & blues to jazz, opera, show tunes and more.

Morgan, who created and launched the series, hosted previous “Playlist” events with actor-activist W. Kamau Bell (2018) and activist Dolores Huerta (2019). Kaiser CEO Bernard Tyson died before his scheduled “Playlist” concert, but the Symphony continued with the 2020 event as a tribute to his life.

Allen may be uniquely qualified to join the “Playlist” roster. Her musical roots run deep: The multiple Emmy, Golden Globe and NAACP Image Award winner and 2021 Kennedy Center honoree has starred in productions onstage (“West Side Story,” “Sweet Charity”) and on award-winning television series such as “Fame” and “Grey’s Anatomy,” where she also serves as executive producer and director.

Perhaps her most significant contributions have been through her work at DADA. The So Cal nonprofit organization offers training to disenfranchised youth — on the day we speak, Allen is overseeing COVID tests for students and leading classes. She’s passionate about the work, and clearly proud of the results.

Allen, who grew up in Houston, has roots in Oakland — her aunt, Betty Allen, was a longtime teacher in the city — and she says she enjoyed putting together the “Playlist” with Morgan.

“It’s kind of a time capsule, if you will, of my experiences and my memories of music and its influences on me as an artist,” she says. “That’s a pretty wide-open field for me, one that goes deep. Music has always been a big part of my life.”

Included in the lineup are selections from “West Side Story,” a show Allen has loved since she played the Puerto Rican big sister, Anita. It’s a role she cherished.

“That was one of my best roles ever, certainly one of the most powerful roles I ever had the opportunity to play,” she says. “Playing Anita was such a big part of my career — and my daughter Vivian also played the role in Paris. That was one of the highlights of my life, flying to Paris to see my daughter on that stage.”

She recalls loaning Vivian her dress from the show’s big “America” scene. “I still have that dress,” she says with a laugh. “I’ll get it out for Shiloh, my granddaughter — she might be next.”

Asked about the new “West Side Story” film, directed by Steven Spielberg with new dialogue by award-winning playwright Tony Kushner, Allen says she loved it. “I thought it was amazing,” she says. “And with all those young people in the cast, it’s just glorious.”

The COVID pandemic brought shutdowns to theaters around the world, but Allen doubled down, urging the “Grey’s Anatomy” cast to return to shooting, pivoting from in-person to virtual classes at DADA. Her first stream from the academy attracted viewers from around the world.

“I’m one who takes fear and, like Luke Skywalker said, ‘Face the fear,’” she says. “It’s really how I’ve moved through my whole life, by facing the challenge and finding my way through it.”

DADA offers a variety of dance and performance classes, but Allen also enjoys the classes in which she reads books aloud. The series has been a huge success. “It was designed for young people, but I look up now, and there’s more grownup people than children,” she says.

Still, mentoring is essential to her — she met conductor Minor, who leads the “Playlist” program, as a young artist. “Now he’s grown to be this dynamic leader in the industry, conducting and being the musical architect for a long list of people,” she says.

In her acceptance speech at the recent Emmy Awards, where she won the coveted 2021 Governors Award, Allen talked about the work: giving back, looking forward, making a difference in the lives of her students.

Today, she says it’s a difference that matters. “I said something that day, a phrase that’s very important to me — that it took a lot of courage, fight and faith.” Even though the world might not know who they are, she adds, “every one of those people are important to me.”

No wonder she and Morgan, even though they never met in person, became fast friends.

“Debbie Allen’s Playlist,” hosted by Debbie Allen with the Oakland Symphony, will take place at 8 p.m. Saturday at Paramount Theatre, 2025 Broadway, Oakland. Tickets, $25-$90, and more information can be found at oaklandsymphony.org/.