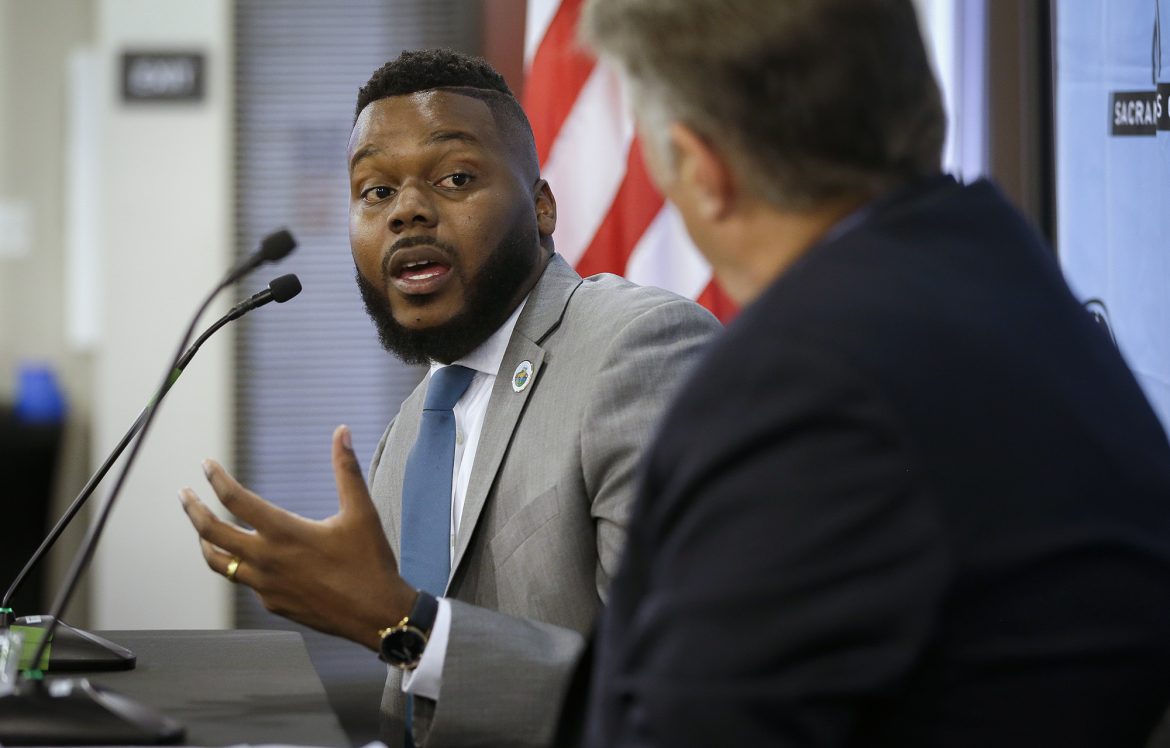 Stockton Mayor Michael Tubbs responds to a question during his appearance before the Sacramento Press Club on July 10, 2018. AP Photo/Rich Pedroncelli

Former Mayor Michael Tubbs, who made a political name championing a guaranteed income program, is hoping to take his policy ideas statewide by launching a new nonprofit aimed at reducing poverty in the Golden State.

Tubbs, who relocated to Los Angeles after losing reelection in 2020 and now serves as an economic advisor to Gov. Gavin Newsom, will lead End Poverty In California (EPIC), which he said will advocate for a broadening of California’s safety net, as well as making changes to statewide housing, criminal justice, workplace and wage policies that he argues contribute to inequities in the state.

EPIC will also promote a statewide guaranteed income program and publicly funded savings accounts, known as baby bonds, that children from low-income families can access once they’re adults. In an interview, Tubbs said the work of ending poverty remains California’s biggest challenge, with enormous wealth being created, but only reaching a tiny elite.

“It’s only going to get worse,” Tubbs said. “I would argue that the government has a responsibility not to give everything to everybody, but to make sure the rules and the laws and regulations are just — so that the outcomes are just.”

The state is the nation’s wealthiest, but has the highest rate of poverty at 15.4%, as measured by the Census Bureau’s supplemental poverty measure, which accounts for housing and transportation costs, as well as government spending and other factors.

EPIC’s report advocates for changes to the housing markets as well as the justice system, among other suggestions.

Specifically, the report calls for the decriminalization of certain offenses often associated with people experiencing homelessness, such as public camping, overnight parking and loitering.

The paper also suggests decriminalizing certain offenses associated with people experiencing mental health challenges, such as disorderly conduct. The report calls for holding firm on changes to the state’s cash bail system. It advocates for the expansion of homebuyer assistance programs for low-income families, as well as making zoning changes to allow for building more affordable housing units.

To reduce the wealth gap, the program advocates for more redistribution through a guaranteed income program that provides no-strings-attached cash relief and baby bonds that could give a financial boost to children from low-income families.

The program that Tubbs championed launched in February 2019 giving 125 Stockton residents $500 per month for two years. An initial analysis of the program, the Stockton Economic Empowerment Demonstration (SEED), found that it reduced swings in monthly income and helped boost employment among participants. It also reduced feelings of anxiety and depression.

The idea of guaranteed income has already made some headway in California, with Democratic lawmakers last year approving the first state-funded program, with a $35 million pool to support current or new pilot programs.

The programs will be tested in several cities including Oakland and Los Angeles.

Guaranteed income for low- and moderate-income households is distinct from universal basic income, which was popularized by former Democratic presidential candidate Andrew Yang for providing money to every adult.

David B. Grusky, director of the Center on Poverty and Inequality at Stanford University, and the lead author of EPIC’s policy paper, said the report was intended to propose solutions that would reduce poverty and disparities in the state.

“Despite all the good intentions and all the policies, we still do have the highest poverty rate in the country,” Grusky said. “The rationale for this report was: What if we took seriously the idea that we want it to be a truly inclusive society, and actually eliminate poverty?”

Grusky hopes the ideas offer inspiration. He said, “I want to show that it’s not impossible.”

This article is part of the California Divide project, a collaboration among newsrooms examining income inequality and economic survival in California.