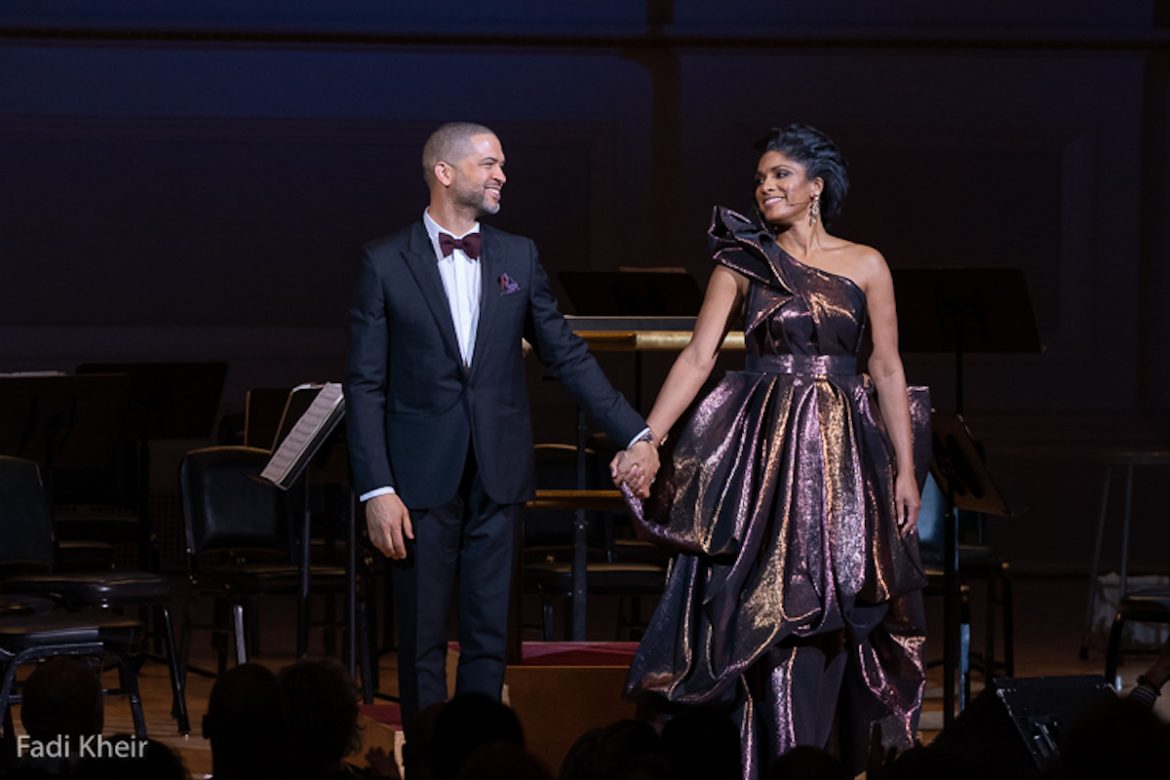 The San Francisco Symphony’s series of concerts this weekend, which was planned by him and was to be conducted by him, will go forward and will be led by not one, but three young conductors now making their way up in their profession. Morgan, long an advocate for rising talent, including people of color, would definitely approve.

Making their debuts on the SF Symphony orchestral series are Daniel Bartholomew-Poyser, the orchestra’s new resident conductor; Earl Lee, assistant conductor of the Boston Symphony Orchestra; and Akiko Fujimoto, music director of the Mid-Texas Symphony. Bartholomew-Poyser will conduct Johannes Brahms’ Alto Rhapsody and three traditional American hymns, all featuring mezzo-soprano Melody Wilson. Lee will take up the baton for Carlos Simon’s “Amen!” and César Franck’s “Le Chasseur maudit,” and Fujimoto will lead the orchestra through its debut performance of Florence Price’s Symphony No. 3.

A Tiffany of all trades: You get the feeling that whatever venture Tiffany Austin attempts, she’s pretty much going to nail it.

The talented and in-demand singer studied creative writing and classical voice in college, then was developing a career as an R&B singer in Japan until UC Berkeley’s School of Law offered her a scholarship. But while studying torts and precedents in the East Bay, the allure of jazz came calling, and she eventually began studying at Berkeley’s Jazzschool (now the California Jazz Conservancy) and started collaborating with Bay Area bassist and composer Marcus Shelby.

Austin finally chose singing as her calling, and music fans are glad she did. Her debut album in 2015, “Nothing But Soul,” won raves and established Austin as one of jazz’s most promising young stars. Blessed with a powerful, versatile voice and an affinity for all forms of African American music (she cites Ella Fitzgerald, Nina Simone and Mariah Carey as influences), Austin broadened her range and showcased her songwriting in “Unbroken,” a powerful collection of jazz, R&B, gospel and more styles and touching on Black and civil rights history.

At 7 p.m. Thursday, Austin and her trio take the stage at the Hammer Theatre in San Jose, as part of the Hammer and San Jose Jazz’s Black Cab Jazz Series. A proof of vaccination and booster shot, or negative COVID test, is required, and masks must be worn in the theater. Tickets are $25-$35, and the concert will be livestreamed ($15). Go to hammertheatre.com.

Movement music: Jason and Alicia Hall Moran are talented musicians with a passion for history. The husband-and-wife team — he’s an award-winning jazz pianist and composer; she’s an acclaimed composer and mezzo-soprano — teamed up to create a multimedia music show titled “Two Wings: The Music of Black America in Migration.”

The work explores the legacy of the Great Migration (1916-1960), during which 6 million Black Americans left the rural South looking for better-paying manufacturing jobs in the North, a movement that left its marks in the family trees of both musicians.

“Two Wings” includes a wide variety of the music associated with the Great Migration, from Harlem Renaissance tunes to gospel hymns to jazz to Broadway musicals and chamber music. The show marks its West Coast premiere Thursday with a performance in Berkeley featuring a star-studded musical cast that includes both Jason and Alicia Hall Moran, the Imani Winds chamber ensemble, the St. John Coltrane African Orthodox Church Ensemble, Berkeley trumpeter Ambrose Akinmusire, saxophonist Howard Wiley, the cutting-edge jazz band Harriet Tubman and many more. Donna Jean Murch, author of “Living for the City,” narrates the show, which incorporates texts from a variety of Black poets, authors and scholars.

The production takes place at 7:30 p.m. at Zellerbach Hall, where proof of vaccination is required, and masks must be worn in the theater. Tickets are $31-$78. Go to calperformances.org.

Happy anniversary, G&S: Lamplighters Music Theatre is the go-to Bay Area troupe when it comes to staging the silly and melodic musicals of the beloved 19th century theatrical creators Gilbert & Sullivan. So with the duo marking a 150th anniversary, you can bet the talented Lamplighters performers will be celebrating the milestone.

This weekend and in March, the company is presenting a special Gilbert & Sullivan greatest hits show titled “A Sesquicentennial Soiree of Scenes.” The show, conducted by David Drummond, will include scenes and songs from all 14 of Gilbert & Sullivan’s operettas, featuring 16 troupe performers and the 21-member Lamplighters Orchestra.

Tickets are $29-$69 at mvcpa.com. At both venues, a proof of vaccination will be required, and masks must be worn inside. More information is at lamplighters.org.

One man, one violin: Grammy-winning violinist Johnny Gandelsman, a founding member of the adventurous American string quartet Brooklyn Rider, has collaborated with as diverse an array of artists as Yo-Yo Ma, Bela Fleck, Bill Frisell and singer-songwriter Suzanne Vega. But he is showing up solo for a recital in San Francisco Performances “Sanctuary” series, bringing his “This Is America” project to St. Mark’s Lutheran Church at 7:30 p.m. Friday.

His program includes the world premiere of composer Clarice Assad’s “O,” a work commissioned by SF Performances, plus Bach’s Suite No. 3 for Solo Cello, transcribed, of course, for the violin. Pieces by Conrad Tao, Angelica Negron, Ebun Oguntola, Tyshawn Sorey and Rhiannon Giddens complete the evening. St. Mark’s is at 1111 O’Farrell St. in San Francisco.