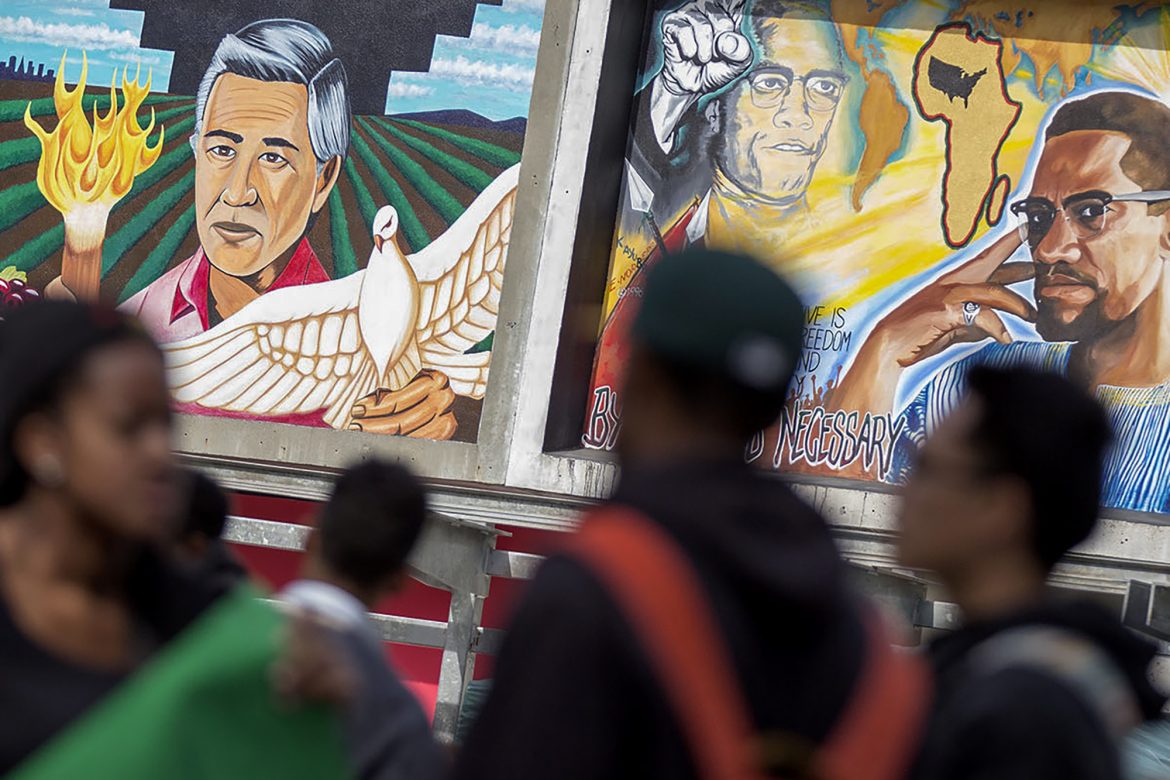 When Nate Tan, a professor of ethnic studies at San Francisco State University, logs on to virtually teach his 8 a.m. class, he sees several dozen students sitting at desks with laptops, some framed by towering bookshelves. But these students aren’t Zooming in from campus dorms. Instead, they’re taking classes in three different youth prisons scattered across California.

The educators involved say it provides culturally relevant curriculum to incarcerated 17- to 25-year-olds, inspiring them to envision themselves in higher education and check off the first few requirements toward a Cal State degree.

In today’s class, students discuss a reading on the role of Black women in the Black Lives Matter movement, then watch a five-part docuseries showcasing the 1Love Movement, a campaign against the deportation of Cambodian Americans. (The CalMatters College Journalism Network was able to sit in on the class after agreeing that students’ full names would not be used to protect their privacy.)

One Asian American student says watching clips of the movement not only uplifted him, but made him reflect on the United States’ role in deporting Asian families.

“I just feel like the US government ain’t doing enough,” he says. “Just deporting families like that, separating them from their families, is just messed up.”

Ethnic studies — the social and historical study of race and ethnicity — was born in the Bay Area in the 1960s as a response from students of color who demanded increased access to higher education and new academic programs that centered their identities.

It’s the first time a four-year university has offered a certificate program in California’s youth prisons. The state has required juvenile facilities to give incarcerated youth who have finished high school access to community college classes since 2019.

To complete the certificate, students must take four ethnic studies classes that meet lower-level general education requirements within the California State University system, including critical thinking and social sciences. The classes span topics ranging from race and gender in science fiction to activism and climate justice.

Tan teaches from home, and each facility has staff members who monitor the class and help deliver his lesson plans.

For Alex, 21, learning ethnic studies while incarcerated has helped him understand his own struggles growing up biracial in the United States.

With a white and Mexican background, he says he’s existed in both worlds, but hasn’t felt comfortable in either one. Ethnic studies gave him the language and knowledge to better navigate that complexity, he said.

He grew up in San Diego near Chicano Park, a seven-acre park which has over 80 murals dedicated to Chicano heritage. But it wasn’t until his San Francisco State class that he learned the park’s cultural significance.

“It had always been on my radar, it being so close to where I spent time,” Alex said. “I just didn’t really understand the full history.”

Taking ethnic studies helps students develop ownership of their identities, says Tan. For students in their late teens and early 20s, that can be especially important since they are experiencing key development points in their lives, experts say. A study from San Francisco State found students who took an ethnic studies course, regardless of whether it was their major, graduated at higher rates than their peers who did not take the subject.

Ethnic studies could be particularly transformative for incarcerated young people, who are disproportionately of color, says Katie Bliss, project coordinator at the Youth Law Center, a Bay Area nonprofit that advocates for juvenile justice reform and is not involved with the San Francisco State program. Almost 90 percent of the approximately 750 youth in California’s juvenile justice system are Black or Latino, and the San Francisco State program reflects those demographics. Black youth are 31 times more likely to be incarcerated in California, with Latino youth almost 5 times more likely, compared to their white peers.

“It’s a change in narrative for students,” says Bliss. “To have the opportunity to start hearing about their own culture and experiences in a way that is very empowering, versus a very Eurocentric perspective, which is what is typically taught.”

While some states are banning curriculum focused on race, California has been moving toward making ethnic studies a requirement for students of all kinds. Last year, following the lead of individual school districts, the state became the first in the country to require ethnic studies as a high school graduation requirement, starting with the class of 2030.

Proponents of ethnic studies argue that students of color, who are at greater risk of being kicked out of school and into the justice system, can become more invested in their education when they learn about the accomplishments of people who look like them, thus disrupting the school-to-prison pipeline.

“Poverty and over policing in communities of color are a lot of reasons why people end up in the prison system,” Tan said. “I think that’s true for these young people.”

Having experienced racism before and while incarcerated, Tan said, students relate to the course’s content based on their lived experiences and identities.

“The class was able to open my eyes to misconceptions that public schools taught about our history, and the system that I am locked within,” one 17-year-old student from the Ventura Youth Correctional Center in Camarillo wrote in an essay about her experience in the program. “I was able to learn things about society and my own culture that I had not known before.”

There’s also a practical educational benefit to the new coursework San Francisco State is providing in juvenile facilities. It will give students who complete the course college credits that count toward a degree in the Cal State system, which as of 2020, requires ethnic studies for graduation. The program’s leaders hope that will open up a clear higher education pathway for these students.

“We as a discipline are dedicated to serving the public,” said Amy Sueyoshi, San Francisco State’s dean of ethnic studies.

“It’s basically sort of the way we view the world, that our curriculum needs to be accessible and relevant to all communities who want a college degree.”

The ethnic studies certificate program was launched at the same time as the Division of Juvenile Justice is being phased out, with California’s three remaining youth prisons set to be shut down entirely by June 2023. Young people will instead be under the supervision of county probation offices.

Sueyoshi says the university considers the current program a pilot that it hopes to replicate in partnership with county juvenile halls, adult facilities, and maybe even other states. It’s currently funded through private donations, but San Francisco State has applied to become one of 200 colleges around the country that receives funding through the Second Chance Pell program, which restored federal financial aid for some people in prison in 2016. Students could then apply for federal grants to pay for their studies.

Alex, the 21-year-old student, says being a part of the ethnic studies program made him feel that education is a world where he belongs.

“It’s a huge self esteem, confidence booster,” he said. “It’s been awesome within the world of academia to feel accepted.”

Once released, he wants to continue his studies and transfer to San Diego State.

The ethnic studies class has “opened up the room to conversation that you might not be able to have on the living unit or maybe in the community among friend groups,” Alex said. “We can have a white person, a Black person, an Asian person, and a Mexican person all talking about racism in that space together.”

Hall is a fellow with the CalMatters College Journalism Network, a collaboration between CalMatters and student journalists from across California. This story and other higher education coverage are supported by the College Futures Foundation.