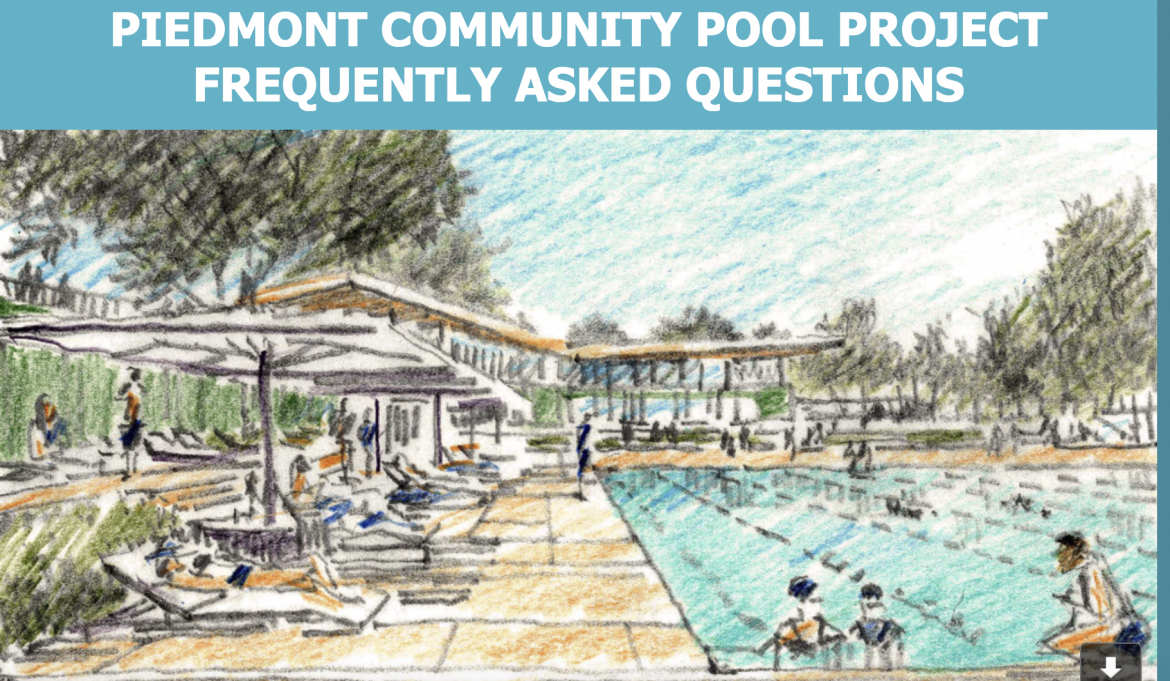 From the City of Piedmont on Friday, Jan. 14:

The City of Piedmont and ELS Architecture and Urban Design ran the first of three community workshops on Nov. 2, 2021. During the workshop, questions and comments were gathered from the community. The following list has been compiled as a summary of the most frequently asked questions to be answered by the City of Piedmont.