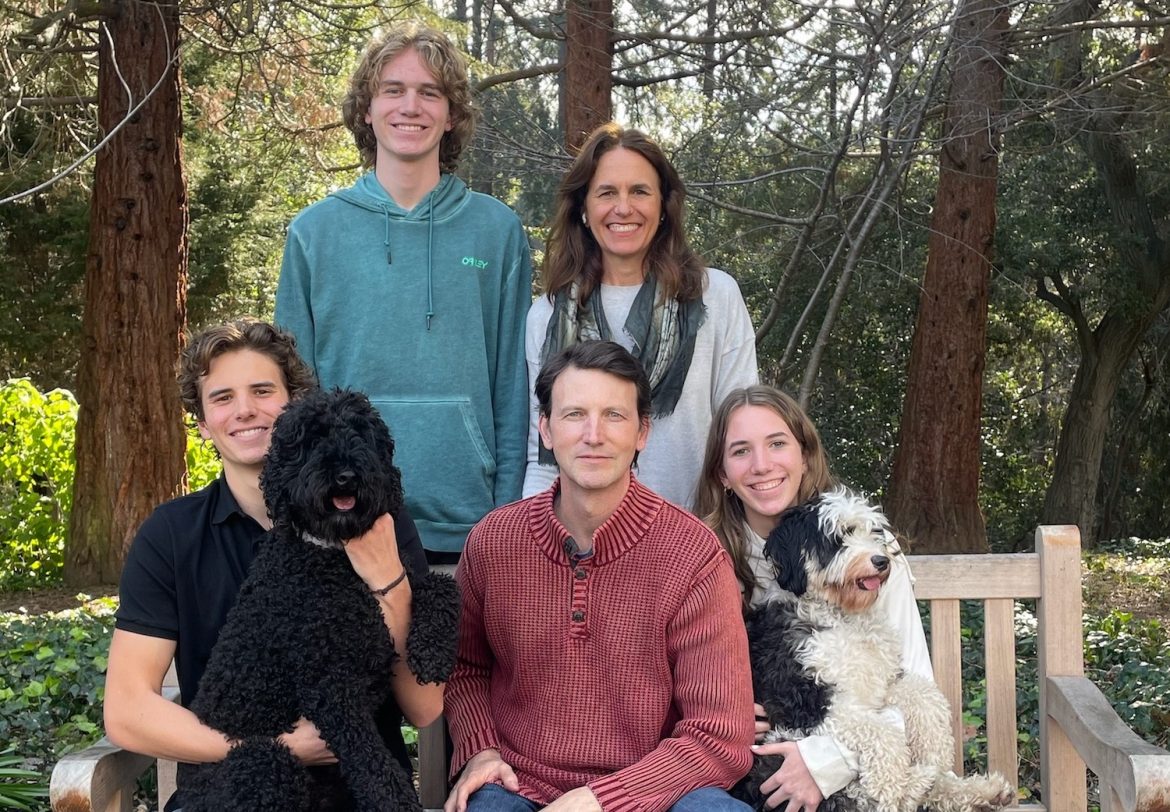 Breed: Shasta is a labradoodle; Bailey is a mini Bernedoodle

Adoption story: The family drove 3+ hours to pick up Shasta. He was an instant hit as our family’s first-ever dog and is now just a bigger version of that lovable pup from 7 years ago. Bailey is what you get when you have a 14-year old daughter and you’re heading into a pandemic. (That is, no one who knew us said “You all seem like you need another dog to complete you.” We decidedly did not!) As a puppy, she looked like the stock photo of a dog that comes with a new picture frame, so we were easily convinced. Shasta was a curious big brother. He was gentle and kind to his little sister (though she now runs the house like a piranha runs a swimming hole.)

Likes: Both our dogs love any person that arrives at our door and they insist on bringing them presents in the form of toys. They especially love the owners of their first puppy friends and save their best greetings for those reunions.

Dislikes: Bailey is afraid of balloons and laundry hampers, and Shasta is strangely afraid of the creaks when you open an ancient heat vent.

Interesting facts: Shasta was named after a favorite family destination; Bailey was originally named Ripken, after a favorite baseball player, but the name just didn’t suit her. Shasta’s a digger but only at the beach where he can dig himself a hole the size of his whole body. Bailey chews, mostly socks, but also collects shoes from around the house and brings them downstairs to show off her collection of mostly singles. Her largest feats are the wrangling of the size 14s.