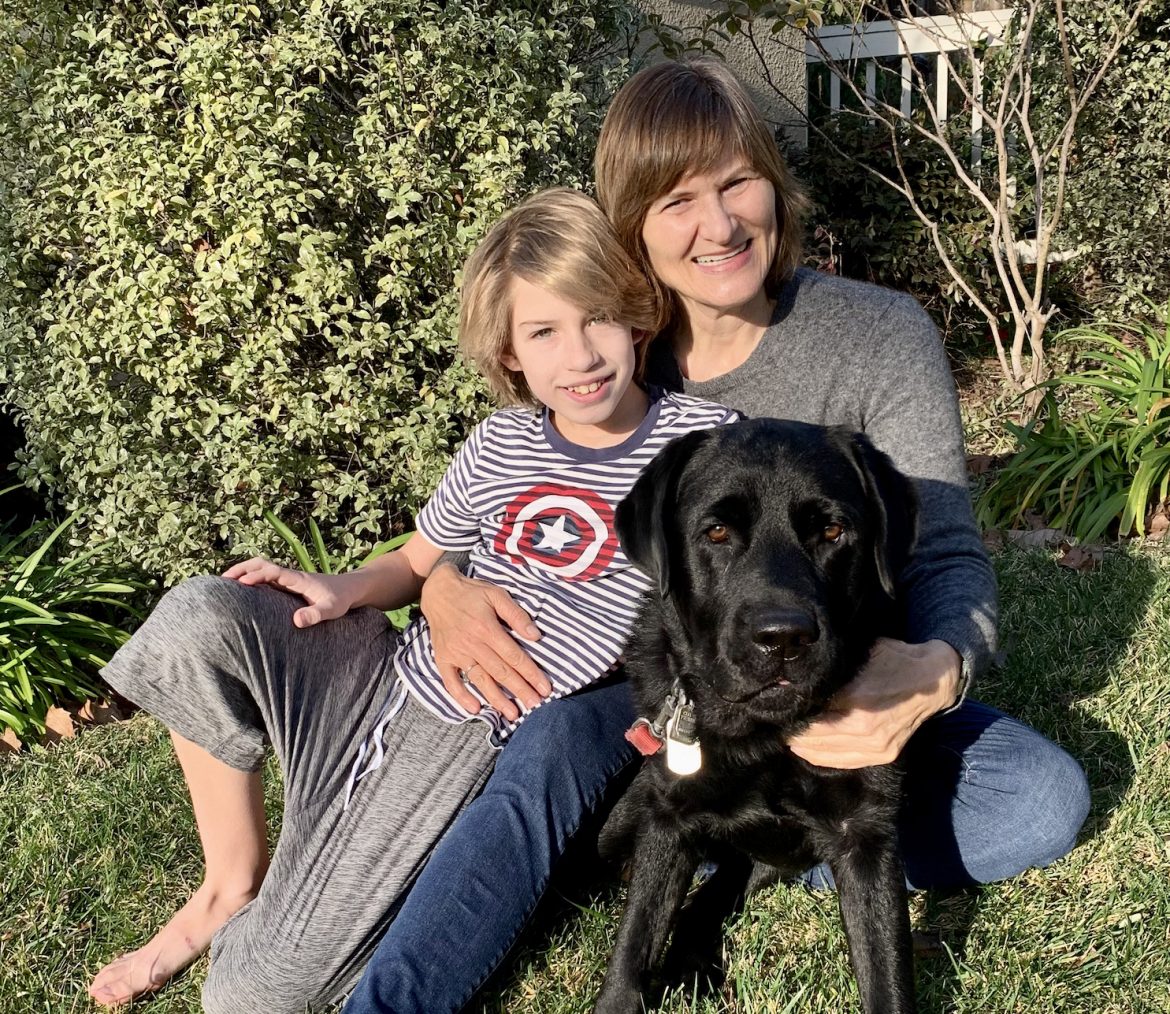 Adoption story: We occasionally fostered for Golden Gate Labrador Retriever Rescue–a great organization–and they put out a call that a sweet one-year-old Lab needed a temporary home. As soon as he arrived, he charmed us with his goofy and affectionate personality. We had been wanting a dog and immediately shifted to pursuing his adoption. We are so lucky; he is the best dog and it was the beginning of the pandemic, so we’ve had a lot of time to bond and play since we got him in February, 2020.

Likes: James loves food (any and all edible substances!); walks with lots of opportunities to sniff; squeaky toys; sleeping snuggled up with William; sitting on our feet; napping–particularly lying splayed out on his back; greeting people with something in his mouth (often picking up shoes at the front door); and riding in the car with his nose out the window.

Dislikes: James does not like to swim. It’s peculiar for a Lab/water dog, as he likes to lie in puddles and wade in lakes or the Bay, but he resists actually swimming.

Interesting facts: When we first adopted him, James kept trying to jump in the tub while we were showering. He’s still not big on personal space, but thankfully now he naps on the rug in front of the tub during showers. He’s also an Olympic counter-surfer, in spite of our best training efforts.

Anything else? He is named James after one of our favorite books, “James and the Giant Peach.”