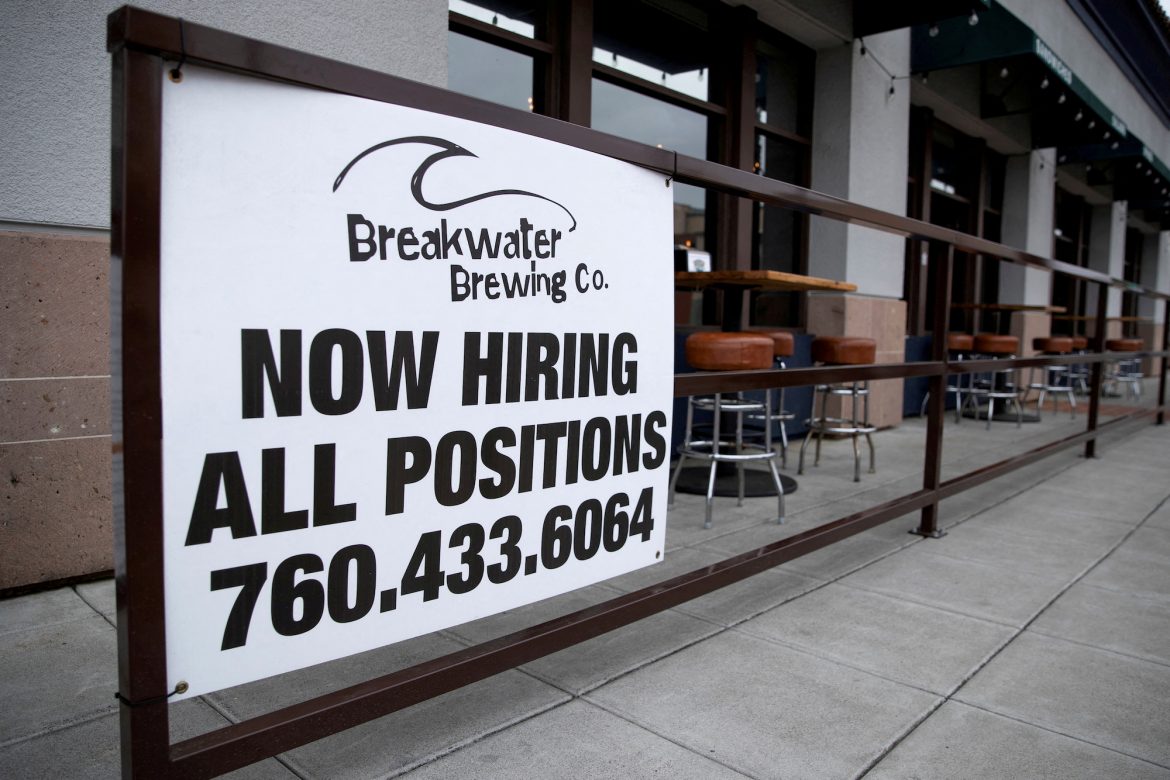 A restaurant advertising jobs looks to attract workers in Oceanside on May 10, 2021. Photo by Mike Blake, Reuters

A whopping 98% of small business owners in the Golden State say that difficulty hiring is affecting their bottom line, according to a survey released this morning by Goldman Sachs’ 10,000 Small Business Voices. That’s far more than the 81% who pinpoint inflation, the 77% who cite supply chain issues and the 70% who identify the surge in COVID-19 cases as drags on their revenue.

The news comes as California’s economy shows glimmers of improvement: The unemployment rate fell to 6.5% in December from a revised rate of 7% in November as employers added 50,700 jobs, the state Employment Development Department reported Friday. That accounts for more than a quarter of the nation’s overall job gains that month, prompting Gov. Gavin Newsom to issue a statement praising California’s “outsized” role in job creation.

But the figures obscure what Michael Bernick, a former EDD director and attorney for law firm Duane Morris, calls a “major storyline” in California: “the disappearing workforce.”

The state seems aware that workers are disappearing. Newsom’s recent budget blueprint proposes new workforce development programs on top of the more than 20 approved in last year’s budget. But the state Legislature’s nonpartisan fiscal analyst raised questions about that approach in a presentation last week to the Senate budget committee: “Can so many efforts be effectively launched at once? What are the specific problems the state aims to solve with all these efforts?”

Meanwhile, omicron continues to wreak havoc on California’s workforce. Some long-term care facilities, which house some of the state’s most vulnerable residents, are so short-staffed that they’re relying on COVID-positive employees to care for patients, CalMatters’ Kristen Hwang reports. Although COVID has exacerbated nursing homes’ staffing shortages, it didn’t create them.

The problem is so acute that the federal government on Friday devoted $103 million to improving retention of health care workers through programs that combat burnout and promote wellness and mental health. Four California providers will receive a combined $8.7 million.