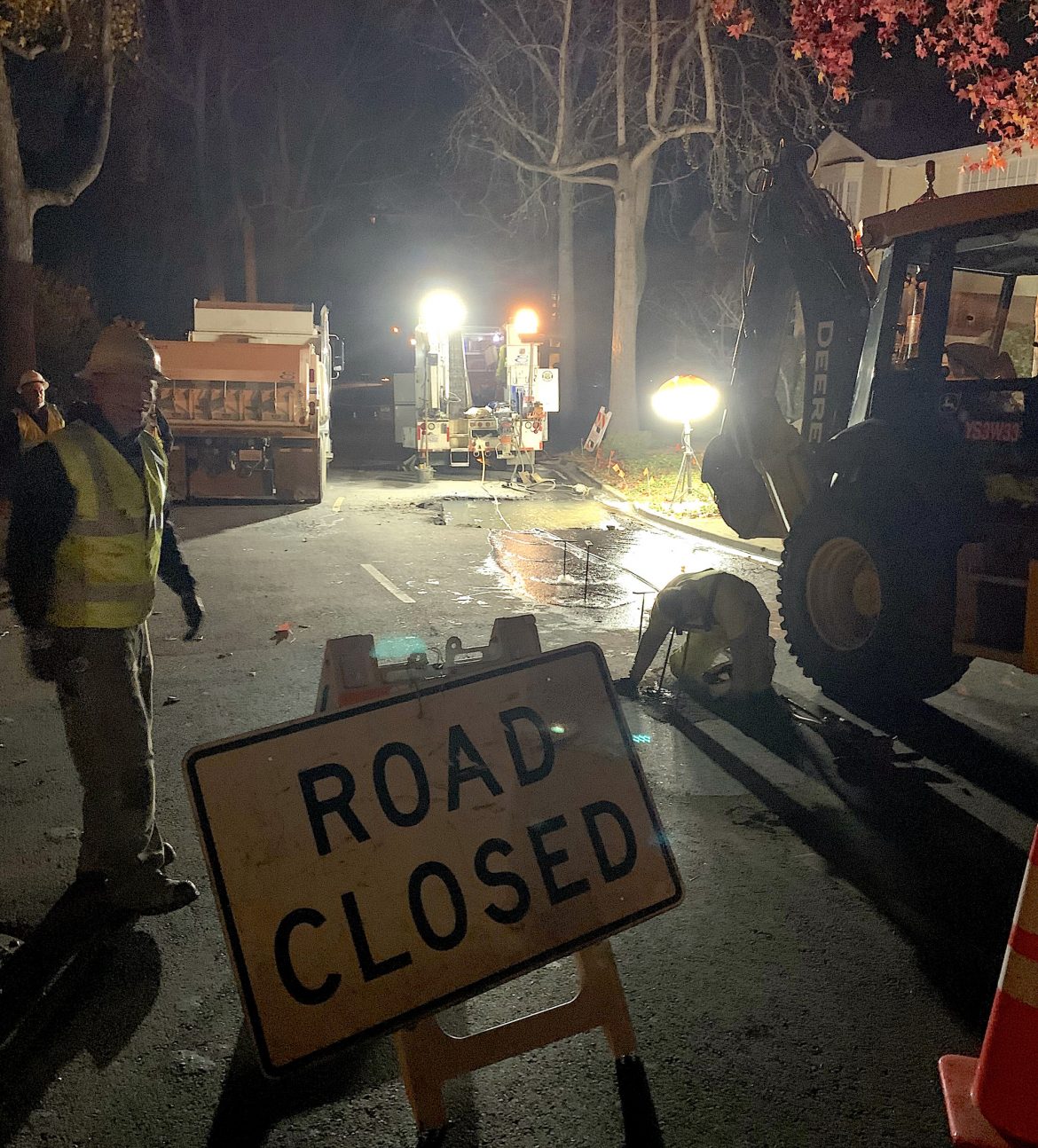 In which we explore some of Piedmont’s smaller mysteries — like this water main break which resulted in a hot tub-sized sinkhole.

A neighbor snapped this photo Sunday evening when they found Hampton at Sandringham closed off as the result of significant EBMUD activity. They’d noticed crews poking around the area that afternoon, but nothing that foretold this kind of rupture.

Wanting to satisfy the curiosity of residents and Exedra readers, we reached out to the city and learned the following from Public Works Director Daniel Gonzalez:

“After receiving your email, I contacted EBMUD to inquire, and they were able to provide some helpful feedback. The pipe was installed in 1929 and this is the third recorded break on this line in the last 35 years. The pipe is an 8-inch cast iron pipe and upon inspection it showed no evidence of corrosion. The force of the water observed during the break is due to the water pressure in the pipeline (large pressure zones exist in hillside communities due to the topography). It’s also common for pipe breaks to occur during cold weather, as the ground swells with the temperature fluctuations and can stress the pipes. Unfortunately, the cause of pipe breaks is an inexact science.”

Fortunately for residents — and drivers — the very next day, all was put to rights with very little to indicate the drama of the night before.

Thank you, Director Gonzalez, for your helpful insights!