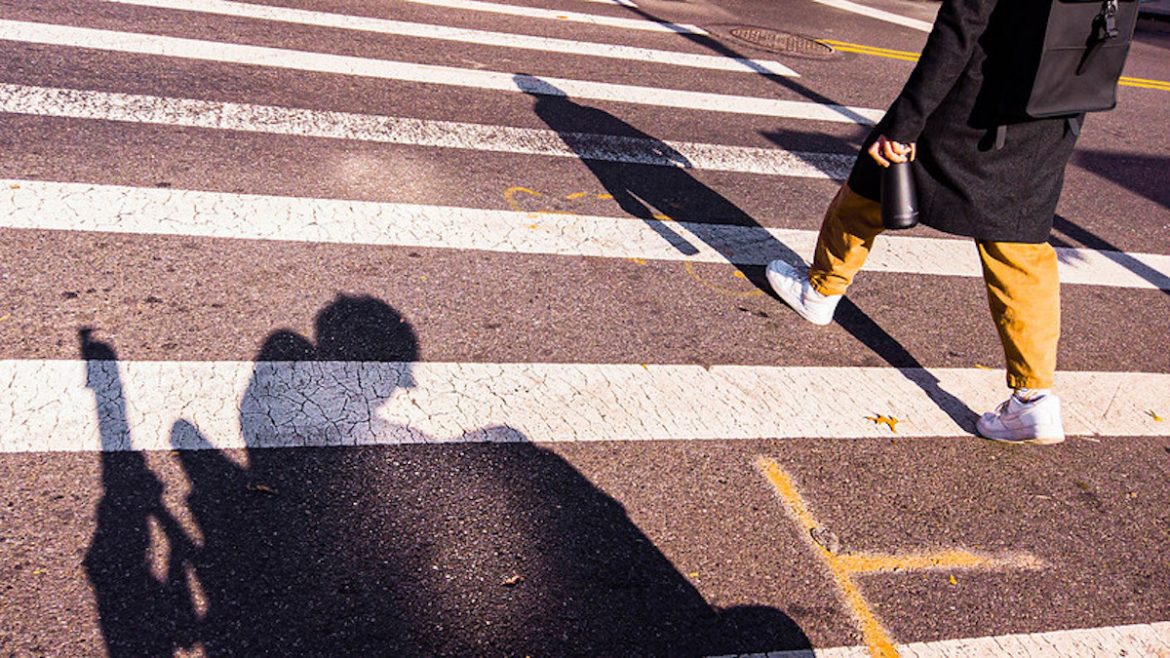 Reid Davenport’s “I Didn’t See You There” is filmed from the perspective of someone in a wheelchair. (Photo courtesy the Sundance Institute)

As the fest wraps up its online-only program this weekend, we take a look back at recent interviews with three high-profile filmmakers who had their buzzed-about projects premiere there.

Here’s what they had to say.

Synopsis: In this breathtaking documentary that celebrates the life and work of brave, brilliant French volcanologist couple Katia and Maurice Krafft, Berkeley’s Dosa fashions, through archival video and audio, a nature documentary that is a visual and auditory marvel. “Fire” works on numerous levels — as a shoutout to passionate creative types who dare to push the boundaries whether it’s in science, film or elsewhere, and as a breathtaking showcase on the magnitude and majesty of nature. It is in the U.S. Documentary competition.

What do you hope people take away from “Fire of Love”?

Dosa: I think first and foremost Maurice and Katia are just incredible people. It’s so inspiring how they lived life with purpose and bravery and in-line with their passions and their beliefs. … I also hope the love that (the Kraffts) have for volcanoes can be mapped onto the audiences. I hope the audience will feel a profound love for our planet, and in our film, we playfully engage in this idea that it is a love triangle between Maurice, Katia and volcanoes.

My highest goal for the audience is to come away knowing the sheer power and profundity and sentience of our Earth, especially at a moment when it’s so under attack.

Sundance docuseries: “We Need to Talk About Cosby”

Synopsis: In four episodes, the Oakland comedian/filmmaker dares to ask tough questions about the disgraced and groundbreaking comedian Bill Cosby. Bell puts himself in front of the cameras at times to address how the sexual allegations against the Philly-born comedian have hit him — and us — hard, tarnishing forever an idol. It’s a powerful series certain to inspire debate, cultural introspection, and perhaps change.

Release date: First episode drops on Showtime on Sunday with ensuing episodes out every Sunday thereafter.

In one of the episodes, survivor and “The Cosby Show” guest actor Lili Bernard labels Cosby an “intelligent, malignant narcissist.” In light of #MeToo that could apply to a lot of men in powerful positions. What are your thoughts on that?

Bell: As somebody who is a stand-up comedian, I’m always (aware) something inside (of us) is broken. We could all be the funniest guy in the accounting department, the funniest CEO, the funniest doctor. And we’re like, “No, no, I want to be onstage and control responses at all times.” That doesn’t mean that everybody is also doing the thing that Bill Cosby did, but that it’s an indicator of something in your personality, and I think that’s true if you’re an actor. That there’s something that says “I need people’s attention” in a very specific way that is not the way you’re necessarily supposed to get attention.

Sundance documentary: “I Didn’t See You There”

Release date: To be determined

Synopsis: The former Oakland resident, now living Brooklyn, sends his audience out on an  immersive experience that’s rarely seen, lensing his entire film from the perspective of someone who is in a wheelchair because of cerebral palsy. Davenport’s seemingly random sequences coalesce to provide an intimate look into the everydayness of his life. It’s all framed around the specter of a circus tent that goes up outside the 31-year-old’s apartment. While the circus tent serves as a catalyst, Davenport, a former Stanford student, had been thinking about making “I Didn’t See You There,” which is in the U.S. Documentary competition, for some time.

You must have shot a lot of film. How did you decide what would go in?

Davenport: We have a wonderful editor … I wasn’t sure which shots would fit in the film. I know my No.1 priority was that they would be abstract, aesthetically pleasing … that could only really be shot from my wheelchair.

Would you be interested in making a narrative film?

Davenport: I’m a documentary filmmaker. There are a lot of urgent issues about (people with) disabilities that have been silenced. I think there’s an increased appetite for those stories, and I want to do it.