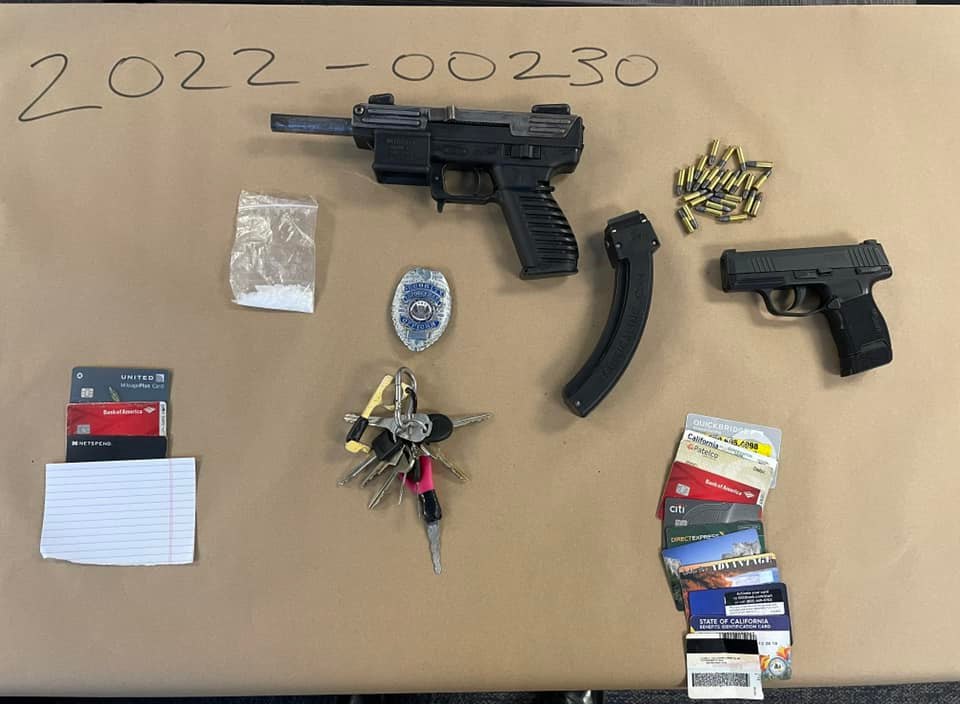 A Piedmont residence on Harvard Road was burgled on Jan. 4. The resident was away at the time. An unknown suspect broke into the residence at approximately 5:55 p.m. A 2016 rose gold Apple Macbook computer was taken as well as a 2013 silver iPad. The combined value of the items is $1,500.

Neither device was trackable, according to Piedmont police Capt. Chris Monahan. There were no witnesses and no surveillance videos to identify a suspect at the time of the report.

On Jan. 9, a stolen vehicle was recovered in the area of St. James Drive. Just after midnight, Piedmont police stopped the car and took one suspect into custody. The suspect was booked at Santa Rita Jail in Dublin. The vehicle will be returned to its owner.

Later that morning, police located a vehicle with “multiple code violations,” according to Monahan. When the officer was speaking to the driver, “he noticed a firearm in the passenger area,” Monahan said. The occupants were taken into custody.

A second firearm and keys and credit cards not belonging to the suspects were found. They were taken to Santa Rita.

Another auto was recovered on Jan. 3. Police came upon a 2000 Honda CRV at 12:34 a.m. A records check was done due to “tint on windows,” according to Monahan. The records showed it had been reported stolen from San Leandro.

A search of the vehicle found a “burnt tip glass pipe commonly used for ingesting controlled substances,” according to Monahan. The arresting officer also observed a “punched” ignition.

At least two cars were reported burgled. On Jan. 3, a 2009 Volvo V70 reported their car had its passenger side window broken and was rifled through on Lakeview Avenue sometime between Dec. 31 and the morning of Jan 3. A first aid kit, a phone charger (valued at $110) and the vehicle registration was taken, according to Monahan.

On Jan. 4, a resident reported that sometime between Jan. 2 and Jan. 3, someone forced open the driver’s side window of a 2007 Chevrolet Corvette. They also reported the hood on the car was popped. The car was parked on the victim’s property.

The victim reported they can’t properly close the window and that damage is approximately $600. Monahan said police have no further information at this time and are looking for video clues. He said the incidents are possibly related.