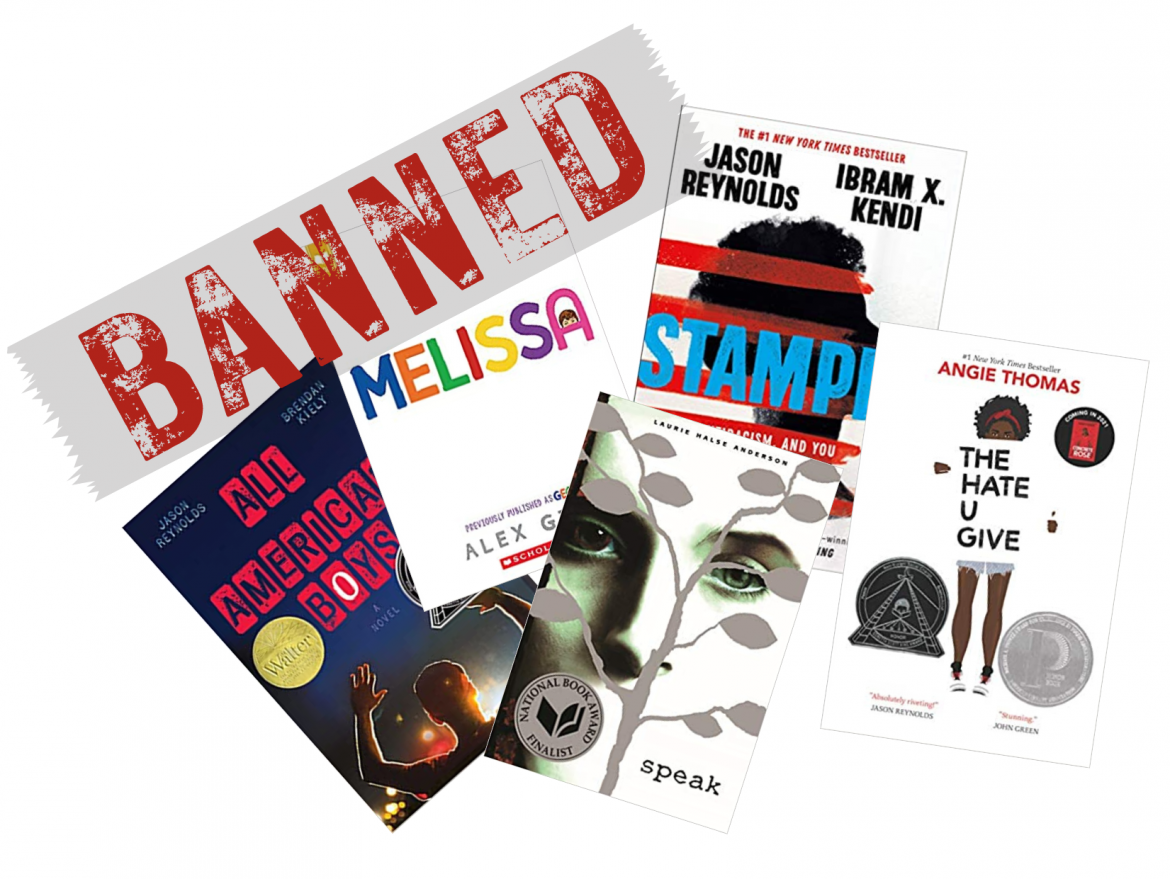 Five of the top 10 banned books in 2020 were "All American Boys" by Jason Reynolds and Brendan Kiely, "Melissa" by Alex Gino, "Speak" by Laurie Halse Anderson, "Stamped" by Ibram X. Kendi and Jason Reynolds, and "The Hate U Give" by Angie Thomas according to the American Library Association

Some associate the idea of banned books in the 21st century with grainy old black-and-white film of ancient Americans dressed like the cast of “Leave It to Beaver” throwing books into a blazing bonfire in front of a church.

The idea of withholding information to shield the alleged morality of a few is supposed to be laughable in 2022. But not everyone is laughing anymore.

It’s not news political extremism has taken root in the U.S. But to still ban books that library professionals believe should be on their shelves is more dangerous than many believe. One would think calls to stop this nonsense would be tired by now. Only it’s still necessary, even if it seems tedious.

The biggest problem is, with so much disingenuous political motivation in 2022, it’s not clear whether book banners mean it, or are just competing to look the most conservative. What is clear is these people either don’t grasp the damage they’re doing, or simply don’t care.

The American Library Association tracks censorship attempts. Its Office for Intellectual Freedom tracked 273 targeted books in 156 challenges to libraries, schools and even universities (attended by adults we’d like to assume are free to make their own choices) in 2020.

The group’s numbers for 2021 aren’t final but show 330 challenges from just September through November (as we get closer to midterm elections, these numbers will be fascinating to watch).

Number one on the list in 2019 and 2020 was “George,” by Alex Gino, a novel in which the protagonist is a transgender girl. According to ALA, the requests came “for LGBTQIA+ content, conflicting with a religious viewpoint and not reflecting ‘the values of our community.’”

A quick scan of 2020’s top 10 shows three books criticized for alleged anti-police views. Others were included for supposed anti-white or anti-male viewpoints. At least three were criticized for racism which, to be fair, is for allegedly too much anti-white, and pro-white, sentiment. The list contains criticism from both ends of the political spectrum, though the majority is from conservative sources.

And just for reference … Harry Potter books were in the top 10 as recently as 2019.

With so many opinions, motivations and agendas flying about — some manufactured, but some doubtless genuine — whose word should we trust? Who gets to decide what our children — and even some adults — can be exposed to?

How about the real experts … librarians?

Never has taking mere offense been a worthwhile standard for offering books for public consumption, though obvious hate speech is another debate. Almost everything can be offensive to someone. Things that horrified our grandparents are taken for granted now, just as some things to which they took offense rightly horrify us now. Discomfort doesn’t change truth or the fact that opinions exist.

But someone must decide. So let it be the experts who know books best.

Librarians will ask themselves questions that really matter. Is a book well-written? Is it decipherable? Is it entertaining? Does it make people think? Is it challenging? Will we know something — or not know something we thought we knew — at book’s end?

Have you ever talked to a librarian? To say they have an educated and critically discerning approach to books is like saying firefighters find water useful.

It’s difficult to trust purported experts in 2022. It’s just as difficult to trust those who don’t trust the experts. But librarians — who also have opinions, it’s true — are supposed to know more about books and what books are supposed to be than career politicians, clergy, celebrities, elected officials, YouTubers and even teachers. Most of them are paid by the public for a reason.

Let’s trust the experts when it comes to books.

Editor’s note: In October 2021 author Alex Gino and publisher Scholastic announced a new name for Gino’s 2015 novel. The book will now be titled “Melissa” to respect the titular main character as well as all transgender people, Gino explained in a blog post announcing the change.