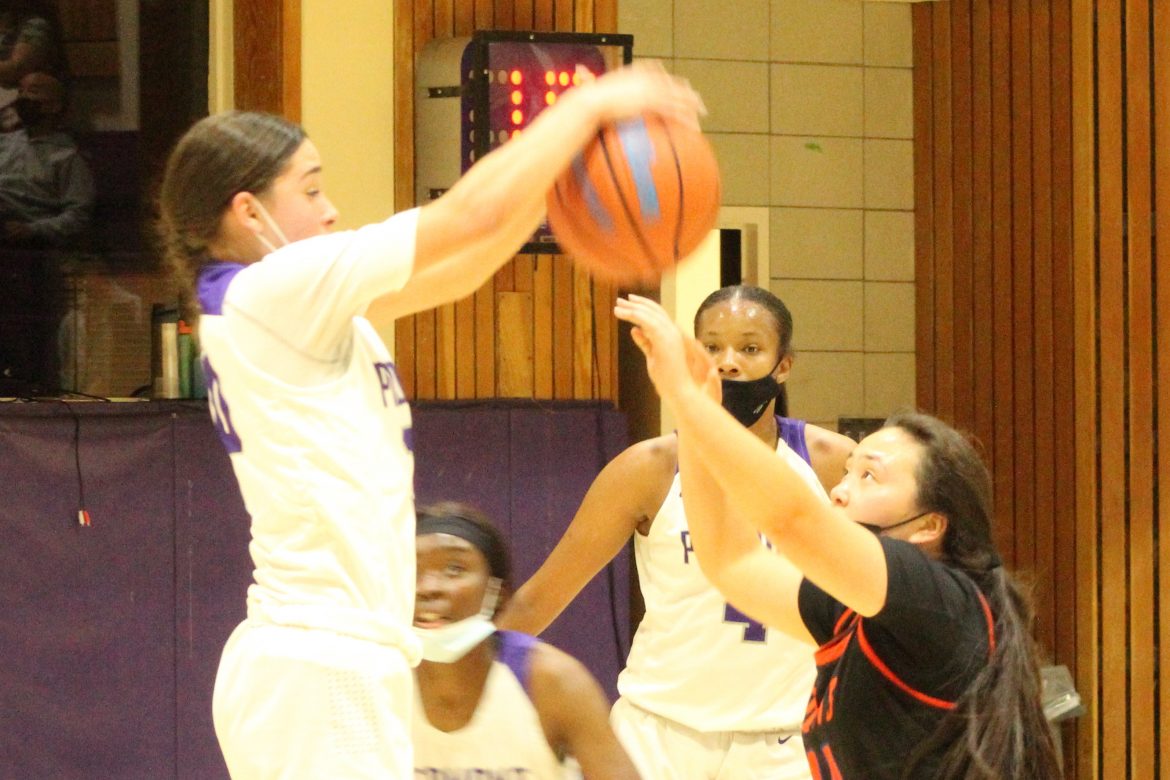 The Highlanders took three out of four in the past week, moving to 12-4 on the season.

The extra competition didn’t hinder the Highlanders, who have seen an upended schedule due to the COVID-19 breakout this winter.

The Highlanders took control of the game with a 27-6 second quarter to build a 36-11 lead at halftime. Zamora scored 15 in the period.

On Jan. 21, San Leandro eked out a 50-49 win over Piedmont on a 3-pointer at the buzzer. The Pirates took a 29-18 lead at halftime on several late three pointers. The Highlanders fought back and trailed 36-31 after three periods. Piedmont took its first lead late in the fourth, with Martinez and Hill driving for baskets and making foul shots. Trailing by 1 with about 30 seconds left, the Highlanders brought the ball up court. Zamora found herself at the top of the three point line after an offensive rebound, and made the three-pointer to put Piedmont up 49-47 with five seconds left. San Leandro rushed the ball up court, and their three hit the net just as the buzzer sounded.

The first quarter was close, with the Highlanders taking a 22-16 lead. They broke the game open in the second quarter, outscoring the Knights, 27-8.