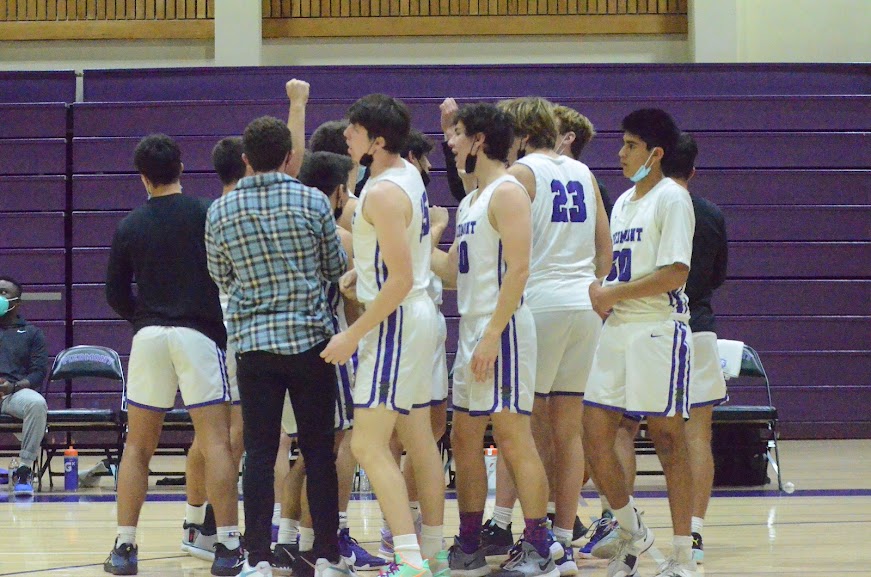 The Highlanders fell to visiting Bishop O’Dowd on Jan. 24 in a tight battle for West Alameda County Conference supremacy.

The Dragons battled back from a three-point deficit in the final minute, with Cameron Brown making the game-winning shot in the last seconds. The final score: Bishop O’Dowd 67, Piedmont 66.

The Highlanders went up 66-63 with 45 seconds left on a pair of Spencer Settlemier free throws.

Myles De Los Santos Moore cut it to one on a nice follow with 19 seconds remaining. Daniel Wilson made a fantastic steal in the backcourt to get the ball back for O’Dowd. Amos Hodgson missed a shot, but the ball went out of bounds and the Dragons kept possession with nine seconds to go.

A poor inbounds pass almost resulted in a turnover, but De Los Santos Moore was able to punch the ball in to Brown, who shot from near the free throw line. It bounced on the rim at least four times before falling in.

Piedmont fell behind 22-7 after the first quarter, but fought back to tie the game at halftime, 35-35. The game went back-and-forth in the second half.

The two teams are scheduled to play the rematch at O’Dowd on Feb. 9.