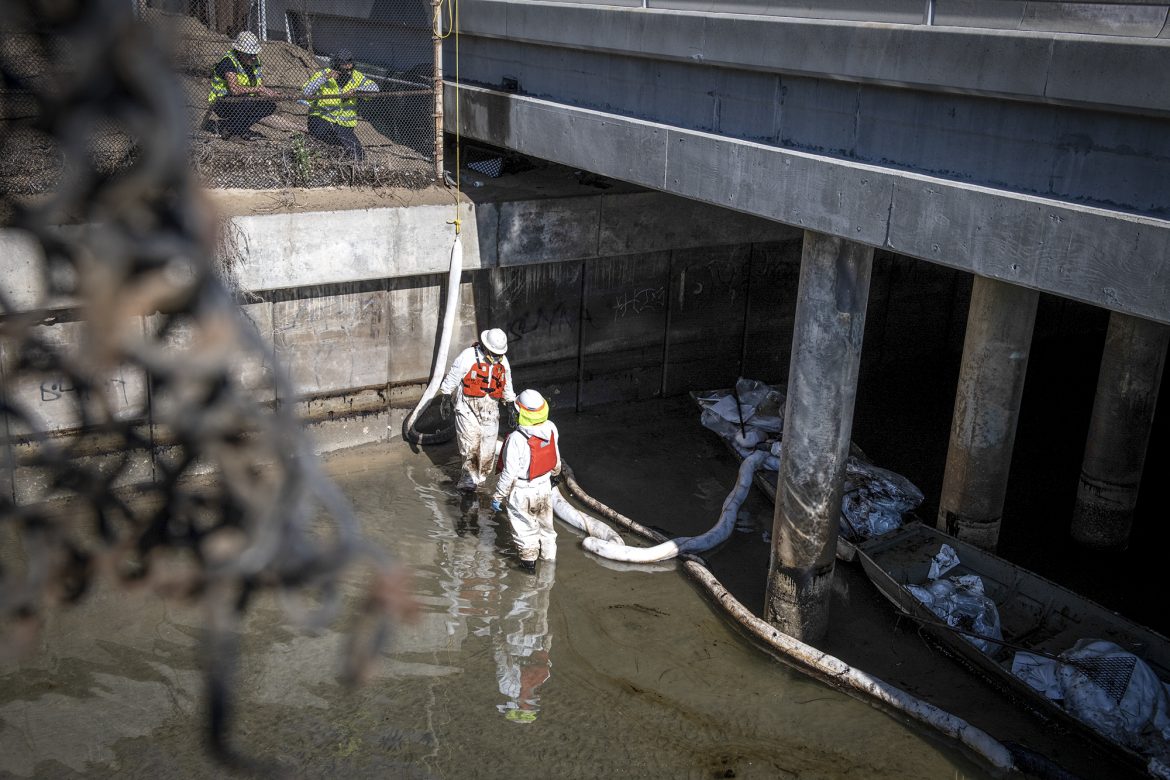 Crew members change oil-covered booms with new ones along the Santa Ana River, where the Talbert Marsh, a wetland, is threatened by a massive oil spill near Huntington Beach on Oct. 5, 2021. Photo by Pablo Unzueta

The clash that can emerge between two key Democratic constituencies — organized labor and environmental groups — was on clear display Tuesday.

That’s when a legislative committee investigating October’s oil spill near Huntington Beach held a hearing about decommissioning offshore oil production in California. One key issue: As the state transitions away from fossil fuels, what happens to oil and gas workers?

That could pose challenges for Gov. Gavin Newsom and Democratic lawmakers, who are not only confronting a disappearing workforce but also pouring billions of dollars into programs to “create sustainable jobs in emerging and green and just transition kinds of sectors,” in the words of Dee Dee Myers, Newsom’s senior advisor and director of the Governor’s Office of Business and Economic Development.

It’s not that organized labor is opposed to green jobs: Lehane implored lawmakers to cut “red tape” and streamline projects relating to carbon capture, hydrogen fuels and offshore wind, noting that California is far from meeting its ambitious climate goals.

A similar issue to watch: The powerful Building and Trades Council last week expressed strong opposition to a Democratic-led bill that would codify Newsom’s goal of banning in-state sales of new gas-powered cars by 2035.

In other environmental news: CalMatters has launched a water and drought tracker with daily updates on key data points, including reservoir and snowpack levels and the number of households reporting water shortages. Come back often to see how conditions change over time.