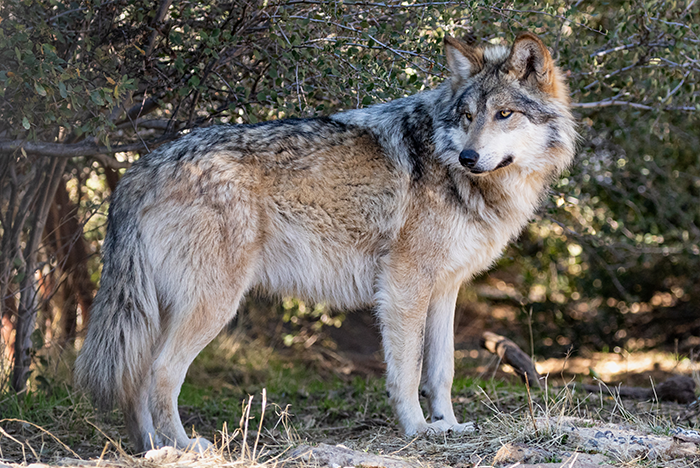 The four female siblings were brought to the zoo following the deaths of two old Mexican gray wolves who were transferred to San Francisco in 2016, according to zoo officials.

The new wolves were born at the California Wolf Center in 2018 and are part of the Association of Zoo and Aquarium’s Mexican Gray Wolf Species Survival Plan and the U.S. Fish and Wildlife Service’s Mexican Wolf Recovery Program. According to the Wolf Center, the Mexican wolves, commonly known as the “lobo,” once inhabited Arizona, New Mexico, Texas, and Mexico but are now the most endangered of the subspecies and one of the rarest land mammals on earth.

The goal is to increase the population in order to release healthy wolves into the Mexican Wolf Recovery Area in the Southwest. The subspecies was “all but eliminated” in the wild by the 1970s, according to the California Wolf Center.

The four siblings will be part of health studies and may be bred in the future, according to zoo officials.

One of the wolves was named “Betty White” to honor the actress for her support of zoos and “her great love of animals,” according to the zoo.