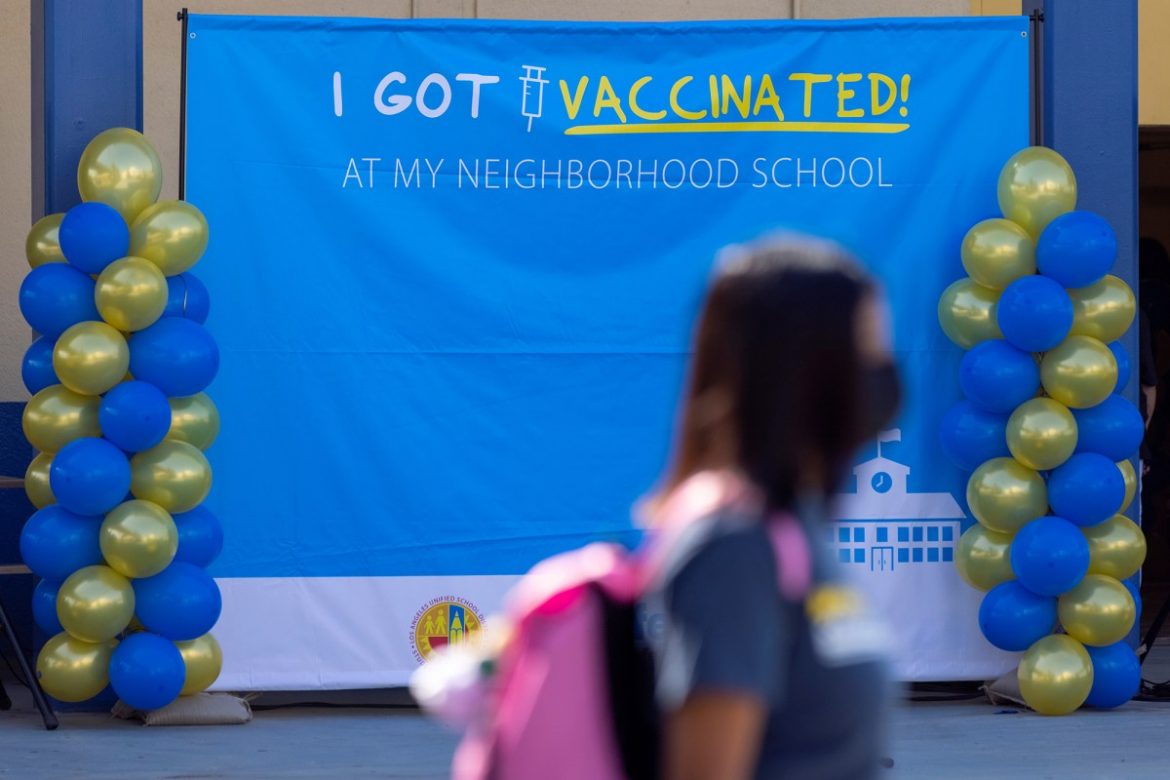 The U.S. Food and Drug Administration amended its emergency use authorization of Pfizer-BioNTech’s COVID-19 vaccine Monday, allowing children ages 12-15 to get a booster vaccine dose.

Final approval of the expanded authorization would come following a vote in favor by a CDC committee that advises on vaccine administration. The Advisory Committee on Immunization Practices next meets on Wednesday this week.

The FDA opened booster vaccine eligibility to everyone age 16 and up in November, arguing that an additional dose of any of the three available vaccines would bolster one’s immune response to the virus.

On Monday, the agency said it would expand that eligibility after reviewing data from more than 6,300 children in Israel, which showed no new safety concerns for children ages 12-15 after they had received a booster.

“With the current wave of the omicron variant, it’s critical that we continue to take effective, life-saving preventative measures such as primary vaccination and boosters, mask wearing and social distancing in order to effectively fight COVID-19,” Acting FDA Commissioner Dr. Janet Woodcock said in a statement.

The FDA and officials at the U.S. Centers for Disease Control and Prevention began approving the use of booster vaccines in August — at that time, only for people with weakened or compromised immune systems — as data has shown vaccine-triggered immune responses tend to decline in the months following the initial vaccination series. While the available vaccines remain highly effective at preventing serious COVID-19 illness and death, public health officials at all levels have argued that bolstering the body’s immune response will maximize protection against existing and potential variants of the virus, which could become more contagious and even circumvent vaccine protections.

The FDA also announced Monday that it will reduce the time Pfizer vaccine recipients must wait before being eligible for a booster from six months to five.

For children ages 5-11, the FDA said it would expand the primary vaccination series from two vaccine doses to three if the child is immunocompromised due to illness or a solid organ transplant. The Pfizer vaccine is currently the only vaccine option for children ages 5-11. FDA officials said that the third dose will allow eligible immunocompromised children to receive the full expected protection of vaccination.

The FDA has previously made a third vaccine dose part of the initial vaccination series for people age 12 and up if they have a weakened immune system.