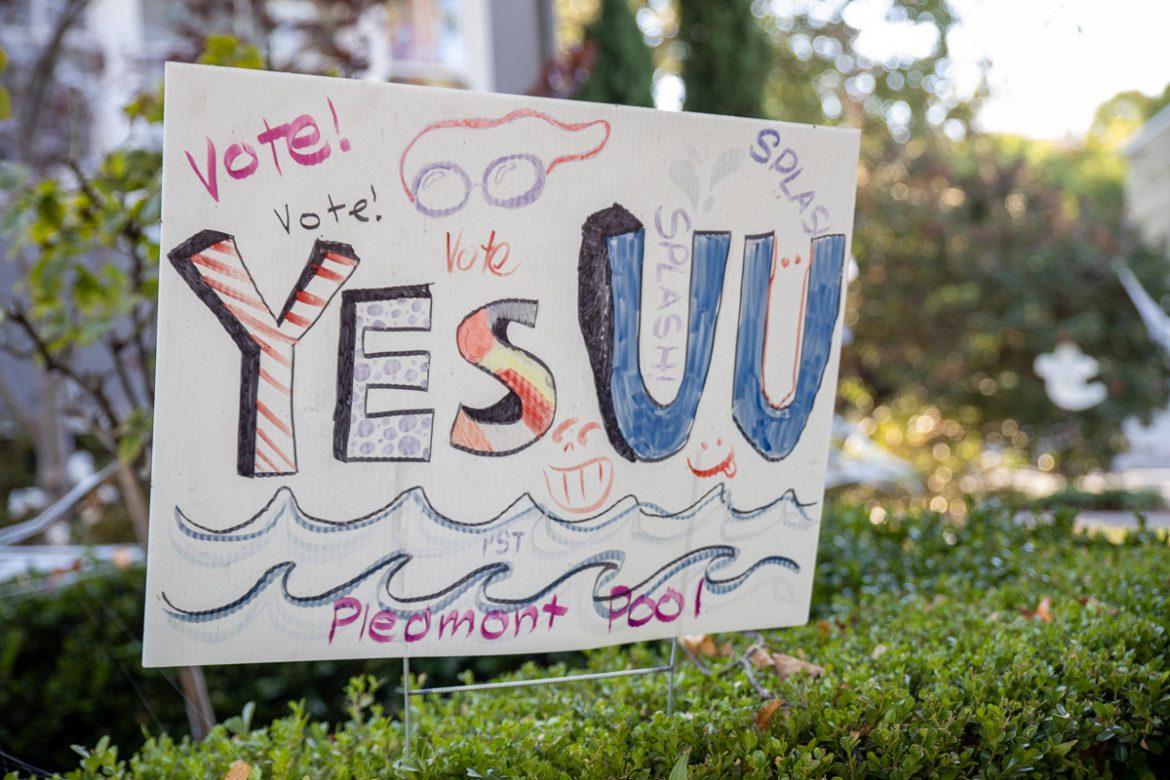 A handmade sign in support of the city pool measure UU from October 2020.

From a City of Piedmont press release on Jan. 4:

At a special meeting on December 13, 2021, the City Council interviewed applicants and made appointments to the Bond Oversight Committee. Drawing on the talents of seventeen applicants for five vacancies, the City Council appointed John Chiang, Margaret Hiller, Al Lee, Patricia Leicher, and Dirk tenGrotenhuis to serve on this committee. Ms. Leicher was appointed as the Committee’s chair. The committee members bring over 100 cumulative years of experience in accounting, regulatory auditing, public fiduciary oversight, and financial and executive management.

This committee, required by Measure UU, was established by the City Council to focus on reviewing and reporting on the expenditure of the proceeds of the bonds, specifically:

The Bond Oversight Committee will meet twice per year and will terminate when the expenditure of the bond proceeds is complete.