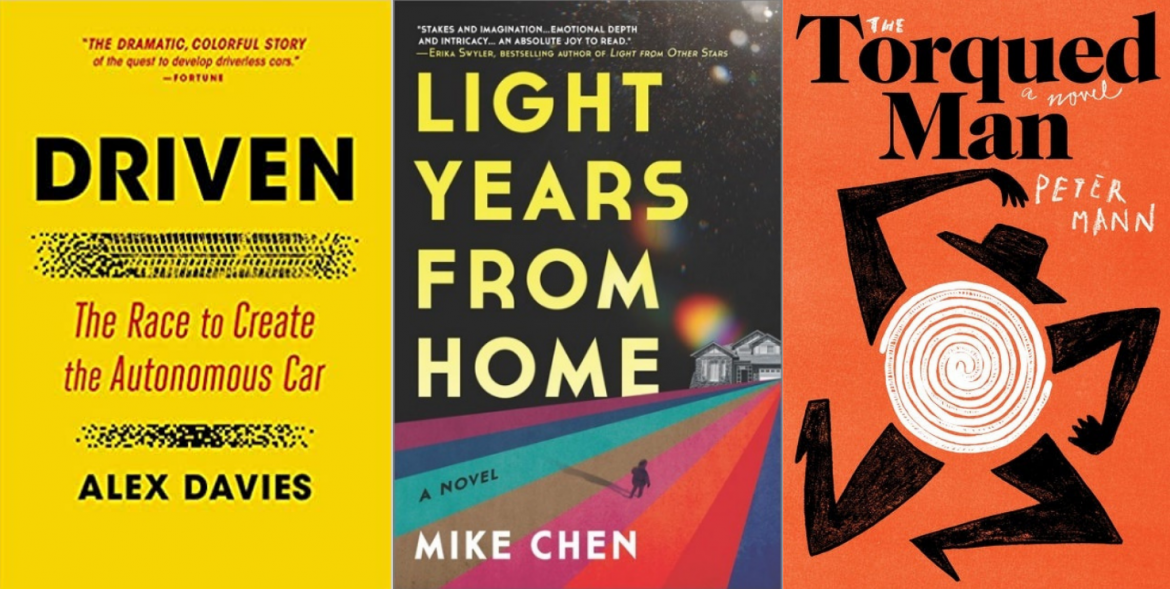 Set in wartime Berlin, neither a German spy handler nor his Irish secret agent are quite what they seem.

A woman whose life spans one hundred years and bears witness to the greatest upheavals of the twentieth century.

When Evie’s UFO network uncovers a new event, she goes to investigate, and discovers her brother is back—with the FBI after him, and possibly an entire space armada, too.

Eight fables, each pierced with a surreal splinter of other worlds. A genie arrives via laundry, merfolk come ashore, a writer’s story won’t shut up.

The quest to develop driverless cars—and the fierce competition between Google, Uber, and other