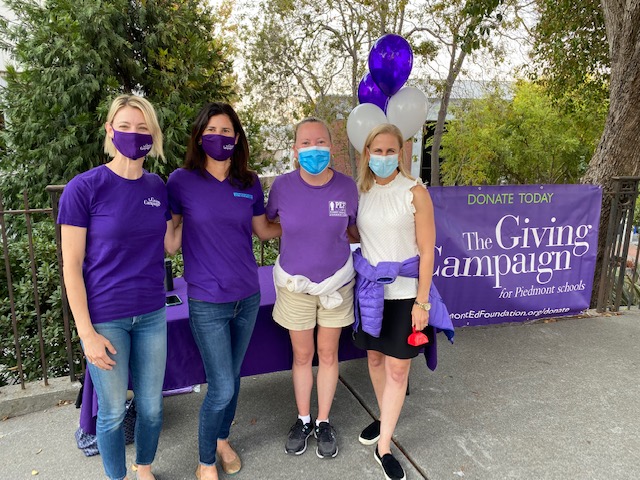 With almost $3.3 million raised thus far, this year’s campaign is already the most successful ever.

This year’s Giving Campaign has raised the highest total ever to date, and the number of families donating is still growing. The team hopes to conclude the campaign by raising a total of $3.5 million for Piedmont’s schools. “We really appreciate the generosity of the Piedmont families who have donated to the Giving Campaign. Over one thousand families have contributed this year, and the gifts are still coming in. The success of this campaign is a tribute to our community’s commitment to our excellent public schools,” said Giving Campaign Co-Chairs Colleen Allan and Christine Wente von Metzsch.

In terms of the Giving Campaign’s district-wide grade-level participation competition, kindergarten and first grade are still tied for first place, with 69% of the families from each grade donating. TK, 3rd, and 5th grades are close behind, each with 63% of families participating. The winning grade will be awarded a family taco truck party in Piedmont Park in early 2022.

Families that make their donation by December 31st, 2021, will be included in the Giving Campaign donor lists published in local papers and will also be able to take advantage of 2021 tax deductions. Many companies offer end-of-year corporate matching, which can increase donor impact!

As 2021 comes to a close, the Giving Campaign team would like to thank the Piedmont community for supporting our students and our schools. For families who have not yet made their gift, a reminder – this is an instance where giving is more than its own reward! Every dollar contributed to the Giving Campaign directly benefits Piedmont’s schools and students. So give your children the gift of contributing to their education this holiday season.

To participate in the Giving Campaign and help fund our students and schools, visit  www.piedmontedfoundation.org/donate/