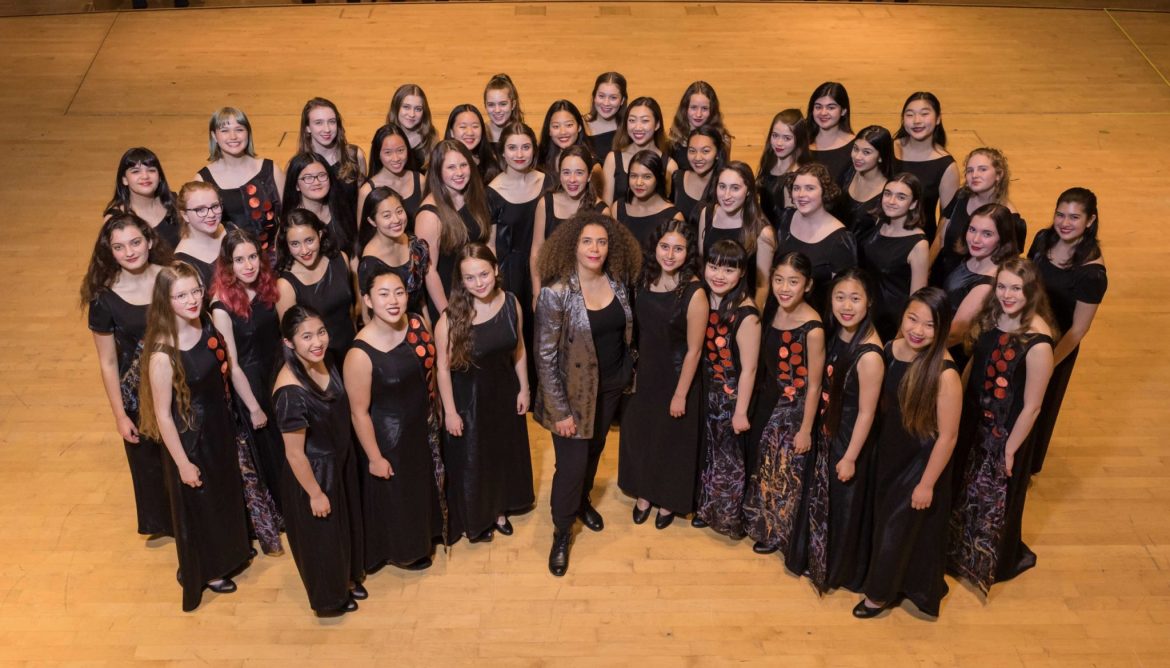 The San Francisco Girls Chorus, with artistic director Valérie Saint-Agathe, has commissioned a choral opera based on the diaries of Filipina immigrant Angeles Monrayo, who started writing them when she was 11 in 1924.

In 1924, 11-year-old Filipina immigrant Angeles Monrayo started a diary because “I would like to read about me — what everyday things happen to me — when I am an old woman.”

Nearly 100 years later, the San Francisco Girls Chorus is sharing Monrayo’s memories of her life as an immigrant through music and song. It all starts Saturday with the Tomorrow’s Memories Community Book Club, the first of a series of monthly virtual and outdoor events that will get audiences talking about the SFGC’s upcoming commissioned choral opera about Monrayo’s life. All book club events are free to attend but require registration.

The SFGC commissioned Matthew Welch to create the choral opera, “Tomorrow’s Memories: A Little Manila Diary,” which will premiere June 22-25 at San Francisco’s Magic Theatre. Magic’s artistic director Sean San Jose will stage the show and 40 singers and soloists ages 14 to 18 will tell and sing Monrayo’s story. The singers will be accompanied by guitarist Florante Aguilar, violinist Patti Kilroy and percussionist Levy Lorenzo. Joan Osato will create video projections for the show.

Monrayo’s story, edited by her daughter Rizaline Raymundo and published by the University of Hawai’i Press in 2003, chronicles Monrayo’s life in a Hawaiian strike camp and her move to California, where she lived in Stockton and San Ramon. The diary pages are filled with the joys and sorrows of a youngster growing up in a migrant family in the 1920s — we learn about friends made and lost, money earned doing odd jobs and moments of happiness and longing. But Monrayo’s story also illuminates the poverty and racism that immigrants endured as they worked to establish themselves in the United States.

A diary that is nearly 100 years old can still reflect relatable stories, and as a dramatic work can be an agent of awareness and change, Welch says. Through “Tomorrow’s Memories,” we are reminded of the impact that Filipino Americans have made in the United States, particularly in the West and in California.

Creating the “Tomorrow’s Memories” opera has been a collaborative process from the beginning. Singers, instrumentalists, designers, dancers, composers and dramaturg all worked together to bring this theatrical work to life, Welch says. The spark for the choral opera started with a conversation Welch had with SFGC artistic director Valérie Saint-Agathe. Both were looking for a Bay Area story about the Filipino American experience and struggle that would be relevant to young women today, he says.

Before Welch set the libretto, he collaborated with playwright Philip K. Gotanda on a potential narrative that flowed through the diary entries. He also involved director San Jose in conversations about the narrative. The musical content reflects Welch’s discussions with the three guest Filipino American instrumentalists — Aguilar, Kilroy and Lorenzo — as well as his own musical research in the Philippines as an Asian Arts Council Fellow.

The Tomorrow’s Memories Community Book Club will give audiences a taste of all the choral opera has to offer.

During the book club events, the San Francisco Girls Chorus will share excerpts of the opera that 45 singers recorded separately on their cell phones during the pandemic, as well as excerpts from their previous video concert “Songs From the Archipelago,” Saint-Agathe says. The ensemble of soloists will also perform Filipino songs known as kundiman and other traditional styles in the Tagalog language, she says. Aguilar will accompany them during book club performances.

By now, the SFGC has had months of experience with making art across digital lines. At a time when gathering to make art was a challenge, the pandemic led to collaborations that would not have been possible otherwise, Saint-Agathe says. In March, the group performed live during their virtual gala.

“Forty singers, each of them at home, were able to sing together live and share music with the world,” Saint-Agathe recalls.

Also in March, The King’s Singers, a British a cappella group, posted a video of its choral rendition of Leonard Cohen’s “Hallelujah” with San Francisco Girls Chorus, created while the group was in London and the girls chorus was in San Francisco.

“Of course being together in a room is definitely what we want to do, but this virtual era opened the doors to so many opportunities,” Saint-Agathe says.

The first session of the Tomorrow’s Memories Community Book Club will be presented at 11 a.m. Saturday, Dec. 18 on the San Francisco Public Library YouTube channel. To learn more and register, visit https://www.sfgirlschorus.org/tomorrows-memories-community-book-club.