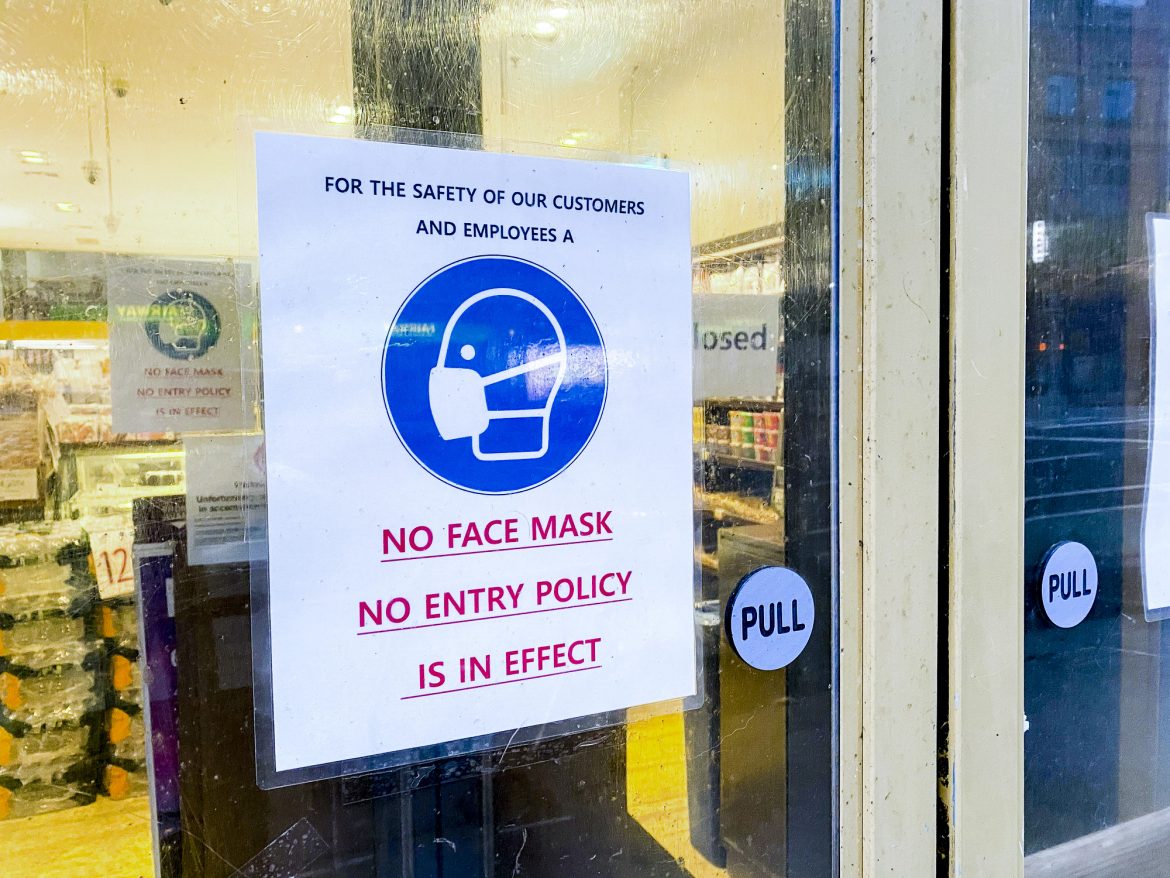 Alameda, Marin, San Francisco, and Sonoma counties announced Wednesday that they will no longer allow indoor mask mandate exceptions for small settings like college and fitness classes in which everyone is fully vaccinated.

The four counties — along with the city of Berkeley, which operates its own public health department — said that their local indoor mask requirements will no longer have exceptions as of 12:01 a.m. Thursday. Contra Costa County rescinded masking exceptions on Tuesday.

On Wednesday, officials in multiple counties said their case rates are reaching their highest levels in months.

Reported new cases of COVID-19 in Piedmont rose to 381 Wednesday from 360 the prior day, according to county data.

“We have learned that Omicron can spread even among the vaccinated and those who had prior COVID infection,” said Dr. Nicholas Moss, Alameda County Health Officer, in a statement. “Masks work and are a critical layer of safety for everyone this winter.”

Health officials in the five jurisdictions cited rising local case counts and the emergence of the highly contagious omicron variant as reasons to align with the state’s blanket indoor mask mandate, which runs through at least Jan. 15.

Masks have been required indoors, regardless of vaccination status, in Berkeley and seven Bay Area counties, including Marin, San Francisco, Sonoma and Alameda, since early August amid the onset of the delta variant. But in early October, citing lower case rates, the four counties, the city of Berkeley and Contra Costa County allowed fully vaccinated people to remove their masks indoors in small settings that are not open to the general public like offices, fitness classes, occupational vehicles, religious gatherings and college classes.

Health officials in all five jurisdictions called on residents to get vaccinated against the virus if they have yet to do so, or to get a booster dose if they are eligible.

“Omicron may be more transmissible, but we have the tools to prevent infection,” said Dr. Moss.

Booster vaccines are recommended for people age 16 and up who received a second Pfizer or Moderna vaccine dose at least six months ago or those who got a single Johnson & Johnson vaccine at least two months ago.