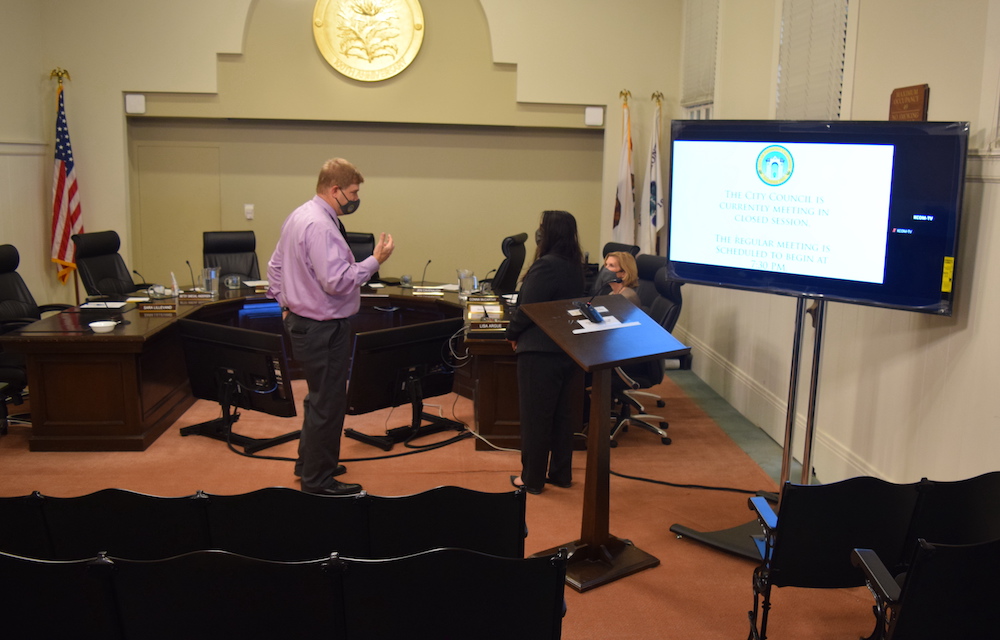 An update of the city’s 2014 Pedestrian and Bicycle Master Plan approved Monday night by the Piedmont City Council will help guide planned physical upgrades of pedestrian street crossings and other traffic-safety infrastructure over the next several years.

The Piedmont Safer Streets plan, approved by a 5-0 council vote, is an update of the city’s Pedestrian and Bicycle Master Plan adopted in 2014. City transportation consultant Niko Letunic said such updates of cities’ bicycle/pedestrian plans are generally required by the Alameda County Transportation Commission every five years.

The Piedmont Safer Streets update will be used to plan, prioritize, and carry out various near-term and long-term “infrastructure solutions” – physical improvements including enhanced street crossings at 27 key locations around Piedmont; a designated citywide bikeway network including all sections of the city;  a detailed traffic study of the Highland Avenue corridor (Park Way to Piedmont Park, in particular) to address pedestrian issues and school drop-off vehicle congestion, among other things; a neighborhood traffic calming program; and additional recommendations including supporting community-based traffic safety campaigns, creating an online “fix-it” request form, and providing for future Safer Streets plan updates.

Councilmembers Betsy Smegal Andersen and Jen Cavenaugh both asked why the Safer Streets plan doesn’t say much about the condition of Piedmont’s sidewalks. “We hear that a lot,” Andersen said.

Given that much of what physically affects local sidewalks is tree roots, city Public Works Director Daniel Gonzales told the council, the sidewalk issue may be more appropriate for an in-depth look at “managing our urban forest.”

Mayor Teddy Gray King noted the Safer Streets plan doesn’t have an “enforcement component.” Gonzales acknowledged there isn’t a formal component, but he said police department leaders, notably Capt. Chris  Monahan, have been working with other city staffers as Safer Streets has been developed. He also said he hopes the updated plan and its improvements will mean less enforcement will be needed.

“We’re hoping to make (enforcement) a smaller part of the equation by making roadways that perform better,” Gonzales said.

Live and in-person once again

The city announced last week that Monday’s council meeting would be the first since the initial COVID-19 lockdowns of March 2020 that would be open to the public, allowed to be in the chamber with the council and (some) city staff, amid the chamber’s newly refurbished rows of old audience seats. Though there was only one observer on this night, council members and staffers alike said they welcomed being able to have face-to-face interactions with community members once again.

From March 2020 until Sept. 20, 2021, all council meetings (and other city meetings) were held over Zoom only. Monday night’s council meeting was the sixth at which council members and some city staff were present in the City Hall council chamber, but the first to which the public was invited.