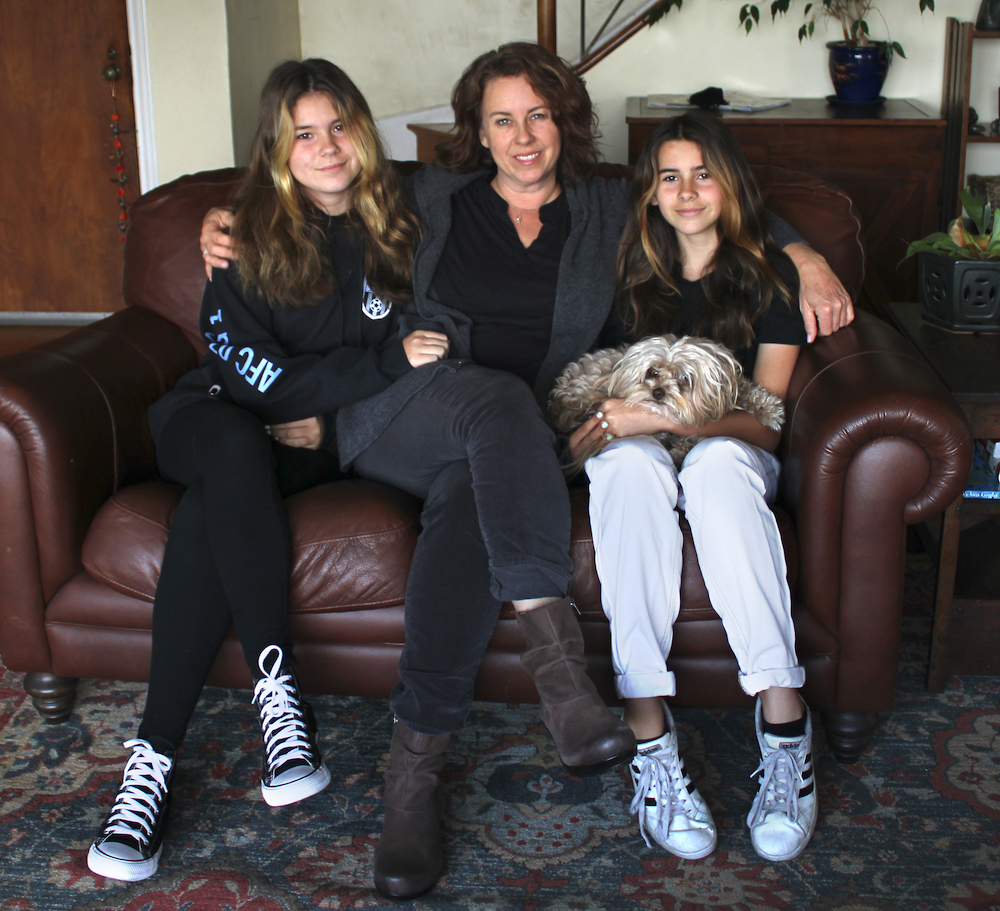 Adoption story: We went to a number of shelters before heading out to the Milo Foundation in Richmond. It was packed with dogs and puppies everywhere, and they were clearly overloaded. When we went into the small dog area, it was a cacophony of whining and barking and howling. There was this one little muddy, matted pup in the back of a stack of cages who was wide-eyed and staring out looking scared. We asked to see him, and when we went out to the “meeting area” with him, he just stood there, kind of in shock. We tried to walk him but he had clearly never been on a leash. The volunteer told us that he was probably a puppy mill “throw away.” Puppy mills (which are illegal in California) apparently will keep puppies in cages 24/7, and when they get to about a year old and haven’t sold, they abandon them as “unsellable.” Toto had been picked up on the road and barely knew how to act like a dog. The volunteer said sometimes in a good environment they come around, so we gave it a chance. Two weeks later we had a happy energetic dog who loved us!

Likes: He loves tiny tennis balls, tall grass, and rolling on lawns. He also loves to chase squirrels in the yard.

Dislikes: Any delivery person. They are clearly all very suspicious to him. He even growls at the faraway backup beep of a truck, like his archnemesis is calling to him. He is a very good watch dog, even at 12 pounds. He’s not yappy, and he doesn’t just bark and bark, but he does go into what we call his “murderfluff” mode when he needs to alert the whole family that a stranger is at the gate. Once he meets the person, he goes back to being a friendly guy.

Interesting facts: He will play with his tiny tennis balls by himself if no one else is playing with him. He puts one into his dog bed, and then flips the bed with his front paws so it throws the ball. It’s hilarious to watch, but he takes it very seriously. He also does amazing zoomies through the house in the evenings that we call his victory laps.

Anything else? Don’t judge a book (or a doggo!) by its cover. We were so happily surprised by his transformation, becoming such a good dog and an important part of this family after his shaky start.