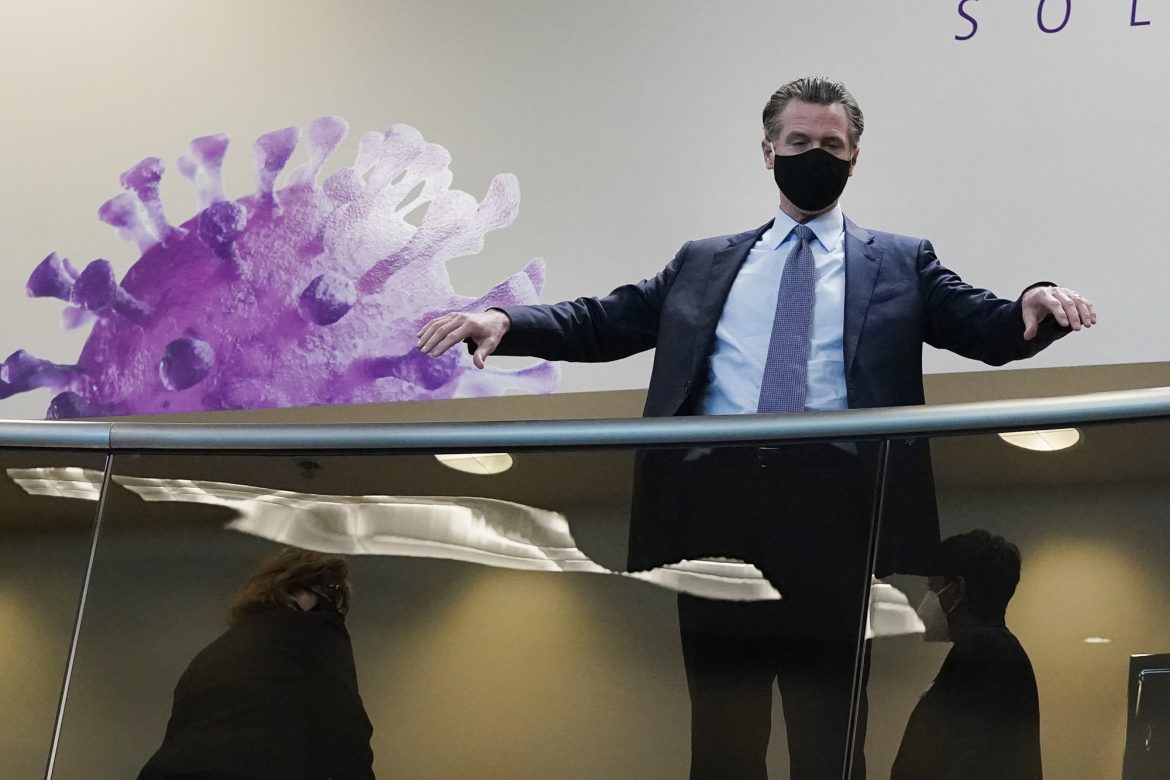 On Sunday, while you were out trick-or-treating, California quietly auto-renewed a contract worth up to $1.7 billion for a COVID-19 testing lab so plagued with problems that state health officials warned in February it could lose its license.

The automatic renewal, which California Health and Human Services Agency spokesperson Sami Gallegos confirmed to me Sunday night, comes as the state faces scrutiny for its failure to release a report investigating “significant deficiencies” at the lab. Gov. Gavin Newsom’s administration said the full report would be made available in mid-March. More than seven months later, it is nowhere to be found.

“I urge you to halt auto-renewal of the contract,” Senate Republican Leader Scott Wilk wrote in a late October letter to the state’s top health officials, arguing that it “would be irresponsible to let any contract auto-renew when serious allegations remain unanswered and the report out of public reach.”

The state opened the Valencia Branch Lab in October 2020, two months after giving diagnostics company PerkinElmer a no-bid contract to operate it. Problems began popping up almost immediately. Whistleblowers told CBS Sacramento that lab techs were sleeping while processing COVID samples, test swabs were found in bathrooms and staff were inadequately trained. Although the state initially disputed the extent of the problems, it later admitted that it had become aware of “significant deficiencies” in December.

Indeed, state health inspectors gave the lab an “immediate jeopardy” designation — which represents “the most severe and egregious threat to the health and safety of recipients.”

Meanwhile, the lab has consistently struggled to meet its mandate of processing 150,000 tests a day and turning results around quickly. According to the most recent state data, the Valencia Branch Lab processed less than 195,000 tests for the week ending Oct. 23 and returned only 40% of test results within 24 hours — one of the lowest rates in the state. The lab also has a history of high rates of invalid, lost or cancelled test results. According to CBS Sacramento, 1 out of every 42 tests processed at Valencia as of August did not return a clear positive or negative result.

PerkinElmer did not respond last week to questionsfrom ABC 7 News about the contract renewal.

Gallegos said that more than 1,600 schools are using the lab for COVID-19 testing — but that doesn’t include the state’s largest district, Los Angeles Unified. Former Superintendent Austin Beutner told CalMatters Sunday that LAUSD signed a testing contract with private company Summerbio in June 2020 — a few months before the state made public its contract with PerkinElmer. Beutner said that each test costs the district about $12 (compared to the $53 charged by PerkinElmer during the first two weeks of October) and that the deal stipulated the district wouldn’t pay anything if accuracy thresholds and 24-hour results weren’t met. State data shows Summerbio returns 99% of test results within 24 hours.

Interestingly, the state’s contract with PerkinElmer also allows it to cancel the deal if COVID-19 testing “has become commercially available at lower cost” and PerkinElmer is unable to achieve “comparable cost reduction.”