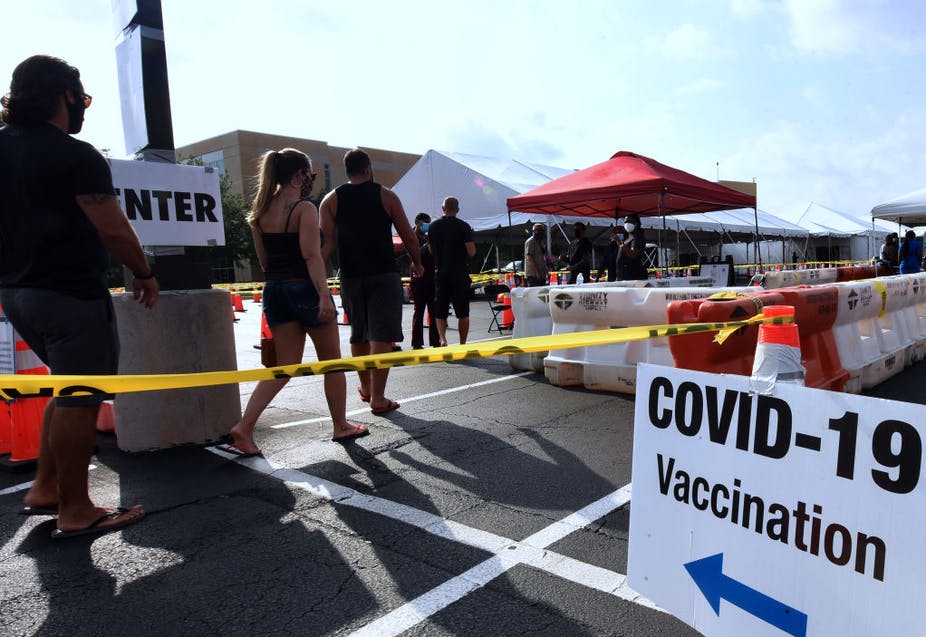 Bay Area public health departments expanded their COVID-19 booster vaccine eligibility this week following directions from the state not to turn away patients who want an extra shot.

“Get your booster if you completed your vaccination series more than six months ago, especially if you or someone in your home has a medical condition or works around other people,” Aragon said in a press statement on the agency’s website.

Health care providers are also encouraged to proactively encourage a booster for people age 65 and older, people who have underlying medical conditions and people who received the J&J vaccine.

While the three available vaccines remain highly effective at preventing serious COVID-19 illness and death, public health officials at all levels have argued that preemptively boosting the immune responses of those at particularly high-risk for serious illness, such as immunocompromised people and nursing home residents, will maximize protection against existing and potential variants of the virus, which could become more contagious and even circumvent vaccine protections.

The functional expansion of eligibility to all California adults goes beyond recommendations from the U.S. Centers for Disease Control and Prevention, which only suggested boosters for people age 65 and older and adults who live in long-term care settings, have underlying medical conditions or who live or work in a “high-risk setting.” In the Bay Area, public health officials have acknowledged that the federal definition of what constitutes a high-risk setting is vague, and residents should talk to their health care provider if they are unsure whether they qualify.

“If you look at the CDC guidelines, and you drill down to the various groups, what you end up with is the recognition that pretty much everybody is eligible,” Santa Clara County Public Health Officer Dr. Sara Cody said in a briefing Wednesday.

Cody went on to say “there were two main groups for whom the (booster) vaccine was really urged — the 65-and-ups, (people) living in a long-term care facility, etc., etc., etc. — but I think what the public heard was ‘I have to be 65 otherwise I shouldn’t get a booster,’ and that’s not correct.”

Officials in multiple counties have also said it’s unclear whether residents have even been turned away when seeking a booster dose.

On Friday, as the county updated its booster eligibility, a spokesman for Contra Costa Health Services said data was unavailable for people seeking boosters who were turned away, as vaccination clinic staff have only asked recipients to self-attest their risk. Public health officials have also noted that booster vaccine uptake has not been as widespread as that of the initial vaccine series.

Cody said only about 20 percent of the roughly 1 million Santa Clara County residents eligible for a booster dose have received one.

“I think there’s been quite a bit of complexity,” in the booster rollout, she said. “And that’s why we want to boil it down now and make it quite simple and let the public know that pretty much everybody is eligible for a booster, and there’s lots of benefit from a booster.”