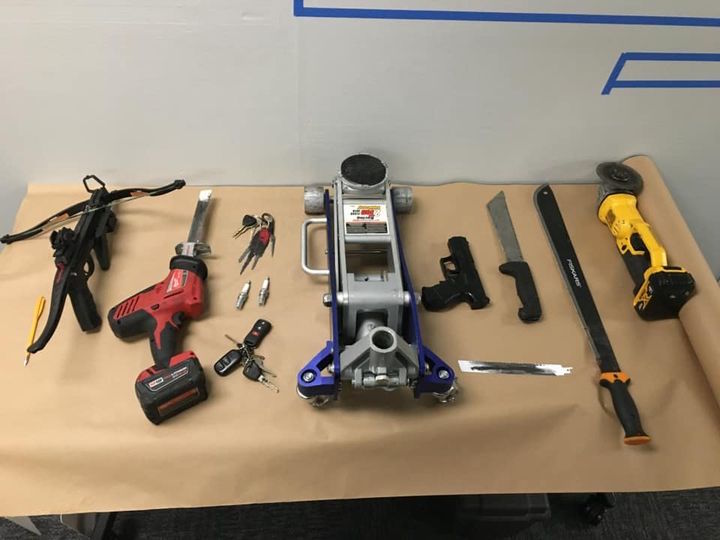 A significant jump in larcenies — property thefts, from 148 reported incidents over the first nine months of 2020 to 199 over the first three quarters of 2021 — was a notable component of Piedmont police Chief Jeremy Bowers’ regular quarterly report offered Monday night, resulting in an overall increase in reportable crimes, he told the City Council Monday night.

Absent those increased larceny numbers, which include vehicle break-ins and catalytic converter thefts, Piedmont’s overall reportable crime numbers were down over the first nine months of 2021 from the same nine months of 2020, with drops in reported vehicle thefts and burglaries.

Overall, Piedmont police recorded 267 reportable “Part One” offenses, as categorized by and reported to the FBI, during the first nine months of 2021, compared to 253 from January through September 2020, Bowers said.

The larceny numbers, Bowers said, were inflated by the theft of catalytic converters from the undercarriages of vehicles. Catalytic converters convert toxic exhaust elements into less harmful byproducts including water vapor and carbon dioxide. They also contain rhodium, platinum, and palladium, all precious metals that can fetch substantial monetary return for thieves. These thefts have been a regional problem for years. Bowers urged anyone seeing such a theft in progress to call the police.

Bowers also said the city’s Automated License Plate Reader (ALPR) cameras have been playing an increasingly important role in tracking stolen vehicles from Piedmont and elsewhere. The cameras aided in 24 Piedmont arrests through the third quarter of 2021, up from 14 arrests during the same period in 2020. Stolen vehicle recoveries through the third quarter, aided by the ALPRs, have gone up from 23 recoveries in 2020 to 44 recoveries in 2021.

The ALPRs, Bowers stressed, are not a panacea. “We still need to have our officers out,” he said. But the cameras are a useful crimefighting tool, Bowers said, and the next ones should be working by mid-2022.

Bowers acknowledged use of the ALPRs has been a sensitive topic since the city started using them in 2013. Some intersections where they’re used may be marked in the future, he said, both for transparency’s sake and as a potential crime deterrent. He said his department has to maintain a level of trust with the community in continuing their use. Bowers mentioned the “transparency portal” on the department’s website, possibly the first of its kind in the U.S., as a way to help encourage community conversation.

Bowers also reported that there were 55 traffic collision reports completed through the third quarter of 2021, compared to 36 for the same period in 2020. Speed and inattention, plus increased traffic, Bowers said, continue to be the main factors related to most of these reported collisions. The Police Department will soon have a second signage/speed trailer, with a readout of how fast vehicles are moving at that spot, to help address short-term speed and traffic matters.

Also, Bowers said that Piedmont police Officer Hugo Diaz has transitioned into the department’s Juvenile Officer position. He succeeds Officer Nicole Casalnuovo, who was named the city’s first juvenile officer in July 2019, paid for from part of a $390,000 California Department of Justice Tobacco Grant award to help prevent tobacco use among school students.

Councilmember Jen Cavanaugh asked Bowers whether a five-year overview, and perhaps some other key information from other nearby cities, could be part of a future local crime report.

Not part of this quarterly report were separate carjackings on Oct. 13 at Wildwood Avenue and Prospect Road near Witter Field and Oct. 23 near Magnolia Avenue and El Cerrito Avenue, both involving handguns. No one was injured. Bowers said he knows these crimes remain on Piedmonters’ minds, and he said Piedmont isn’t immune to such events.

“Other police chiefs in the county would give their left arm for the crime stats we have,” Bowers said. “But we can’t rest on our laurels.”