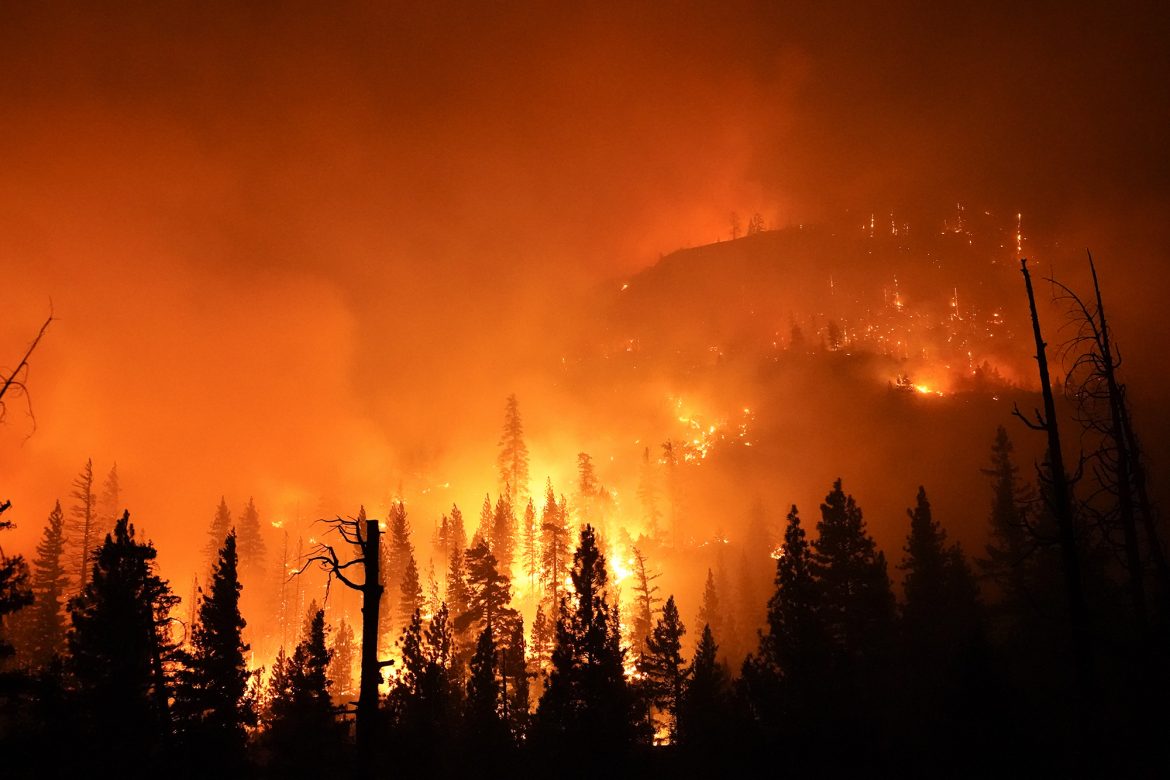 The legislators’ letter to President Joe Biden and PG&E’s regulatory filing announcing the Oct. 7 subpoena from the U.S. Attorney’s Office for the Eastern District of California were both unveiled Monday — the day world leaders, including Lt. Gov. Eleni Kounalakis, gathered in Glasgow for the United Nations Climate Change Conference.

But the federal probe wasn’t the only bomb PG&E dropped Monday: It also projected that it will face a loss of at least $1.15 billion — a figure it acknowledged was “on the lower end of the range” of reasonable estimates — from the Dixie Fire, which destroyed the historic town of Greenville, became the first blaze in state history to burn from one side of the Sierra Nevada to the other, and resulted in at least one death.

PG&E recently told a federal judge that the Dixie Fire likely would have been averted if the utility’s new “Fast Trip” safety initiative — which aims to mitigate wildfires by triggering blackouts whenever power lines come into contact with trees, animals or other objects — had already been in place. But California’s top utility regulator slammed the initiative as “shortsighted” in an Oct. 25 letter to PG&E CEO Patti Poppe, noting that it’s caused more than 560,000 homes and businesses to abruptly lose power since late July.

Meanwhile, Gov. Gavin Newsom, who pulled out of attending the UN climate change conference at the last minute, shared a video on Twitter that says California “is confronting the climate crisis head on” and calls on “the global community to end their dependence on oil.”

Kounalakis, who is leading the California delegation in Newsom’s stead, posted a photo of herself speaking at an event on jobs and climate action alongside three other panelists, including Ali Zaidi, Biden’s deputy national climate advisor. “Our zero carbon future must not only be healthier, cleaner but also more equal,” Kounalakis wrote.