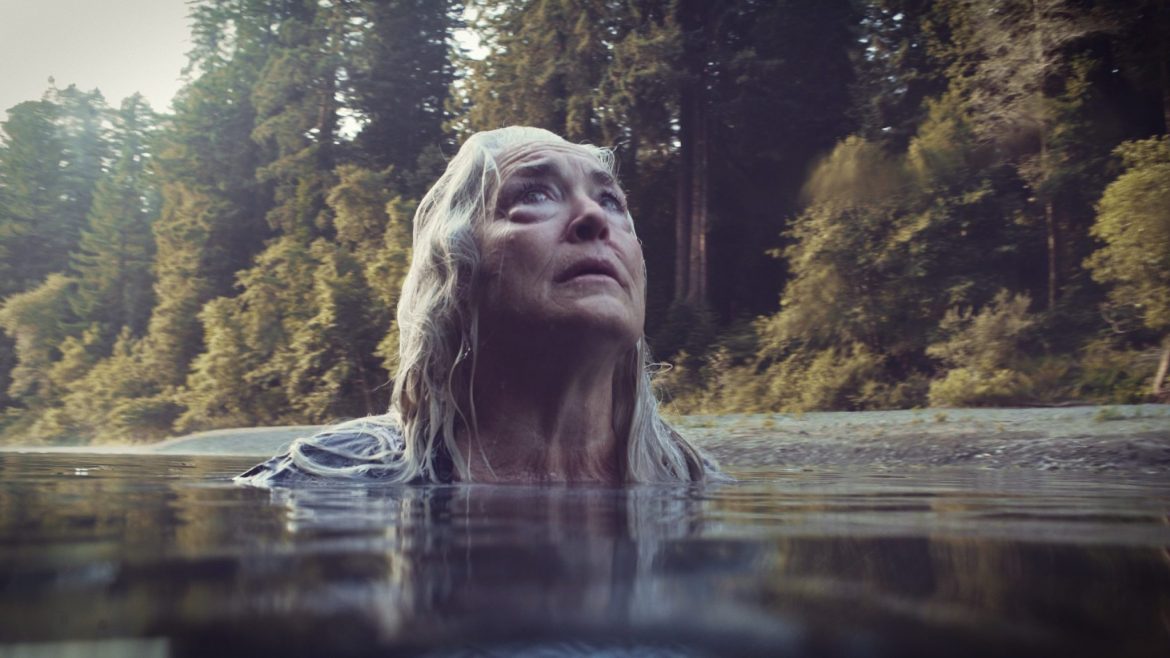 In this week’s Pass the Remote, we spotlight an intriguing cast of strong female characters, all who are in possession of important stories to tell.

From a longtime Humboldt County pot farmer getting edged out of the biz to a resolute Kosovo widow trying to make ends meet and then confronting resistance from the patriarchy and then on to a veteran San Francisco Chronicle journalist who, true to form, wittily recounts countless celebrities she’s interviewed, this week’s Remote main players make for a fascinating bunch.

We also take a look at a delightful new Pixar short from an East Bay director, along with a couple of films worth catching during the Arab Film Festival, debuting Thursday.

Bay Area native Kate McLean and Oakland’s Mario Furloni make a powerhouse writer/director team with “Freeland,” a potent character study of the fictional Devi (Krisha Fairchild), a Humboldt County hippie longing for the good old days of pot farming. In the wake of legalization, Devi’s desperation mounts as bureaucracy and big business collude to grind her little homegrown operation into the ground. McLean and Furloni give the production a documentary-like vibe, not once hitting a disingenuous note. (Both have backgrounds in documentary filmmaking, and it shows as “Freeland” is based on their short doc “Pot Country.”) Their feature debut is impressive, poised and polished, from its stunning cinematography to its top-shelf acting. What a crushing portrait it is of an old-school businesswoman realizing that the landscape she treasures has now turned against her. (Available Friday to rent on demand)

San Francisco veteran movie journalist Ruthe Stein has hobnobbed with some of the most notable celebs, and she has the moxie to ask the burning questions we’re all interested in hearing get answered. In her addictive book “Sitting Down With the Stars: Interviews With 100 Hollywood Legends,” Stein delivers the behind-the-scenes deets about stars from both Old Hollywood (Cary Grant, Audrey Hepburn) and New Hollywood (Jennifer Hudson, Timothée Chalamet). You can order the book or pick up a copy when Stein, who is also the founder of the Mostly British Film Festival, appears onstage at 6:30 p.m. Thursday at the Smith Rafael Film Center for a conversation. A 20th anniversary screening of “Bridget Jones’s Diary” will be shown as well. (https://rafaelfilm.cafilm.org/ruthe-stein/)

Pixar revisits the colorful seaside fishing village of Portorosso from one of my favorite animated films of 2021 — the proudly Italian “Luca” — in a fanciful Disney+ short, “Ciao Alberto.” Just like the original film, “Ciao” has ties to the East Bay. Director McKenna Harris lives in Berkeley while producer Matt DeMartini lives in Alameda. The short follows Luca’s best buddy Alberto as he tangles with the more hardline ways of the strong and (mostly) silent fisherman Massimo and his hilarious cat. It’s a sweet short that leaves you hankering for a full-blown sequel. (Available now on Disney+)

Some of our finest international indies often fail to get the mainstream recognition they deserve even though they’ve collected numerous accolades. Such is the case of writer/director Blerta Baholli’s Kosovo-set “Hive,” which notched three Sundance Film Festival awards after it premiered this year.

Here’s your chance to see one of the year’s best films when it screens Saturday at the Berkeley Art Museum and Pacific Film Archive and opens Friday for a longer engagement at the Smith Rafael Film Center. The fact-based drama concerns a widow setting out to launch a food business, an enterprise that continually runs into hostile resistance from the men around her, to pay the bills. It’s enlightening and fierce, a cheer for the underdog trying to make life better not only for her family but also for other women. It’s Kosovo’s submission for Best International Feature. (https://bampfa.org/event/hive and https://rafaelfilm.cafilm.org/hive/)

And finally, the Arab Film Festival marks its 25th year and is serving up a tempting cinematic platter. The fest kicks off at 7 p.m. Thursday at the Castro Theatre with a screening of Mohamed Diab’s award-winner “Amira,” a drama about a 17-year-old Palestinian learning about a startling revelation on her origins. It’s Jordan’s submission for Best International Film.

In addition to shorts, documentaries and other narrative features, the fest is also showing Jordan’s 2021 selection for Best International Film, “200 Meters.” It’s an intense tightrope act as a Palestinian dad (Ali Suliman) encounters numerous obstacles as he rushes to see his injuried son — living on the other side of the Israeli wall.

For a complete lineup and to order tickets, visit https://aff2021.eventive.org/welcome.