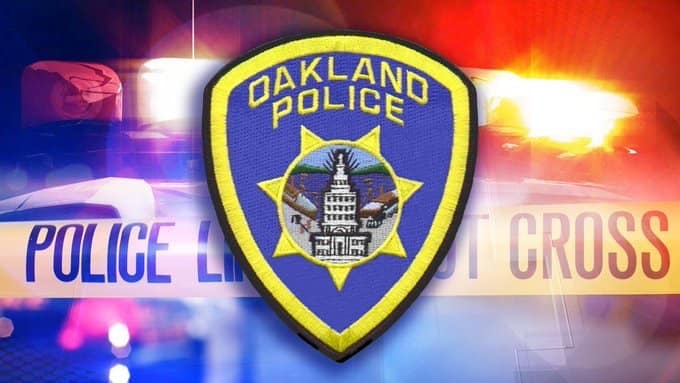 Oakland police shot and killed a carjacking suspect Saturday afternoon, after he fired a gun at them and used a vehicle to try and ram police vehicles and officers.

According to a new release issued at 12:03 a.m. Sunday by the Oakland Police Department, officers responded to a 3 p.m. report of an armed carjacking and robbery in the 2600 block of Fisher Avenue in the Las Palmas neighborhood of southeast Oakland.

Officers found the stolen vehicle and the suspect outside of it in the area of 49th and Clark streets. When officers approached, the suspect fired several shots at them before getting in the vehicle and driving away, police said. Police followed in vehicles and a helicopter to the north end of the city to the 5900 block of Ocean View Drive near Broadway in the Upper Rockridge neighborhood, where police said the suspect attempted to use the vehicle to ram police officers and their vehicles.

Officers fired at the suspect, who was struck and injured, police said. He was taken to a local hospital, where he died of his injuries. No officers were injured.

The news release pointed out that Saturday has been a very violent night in the City of Oakland, which included a traffic fatality in Interstate Highway 880 and a shooting that evening.