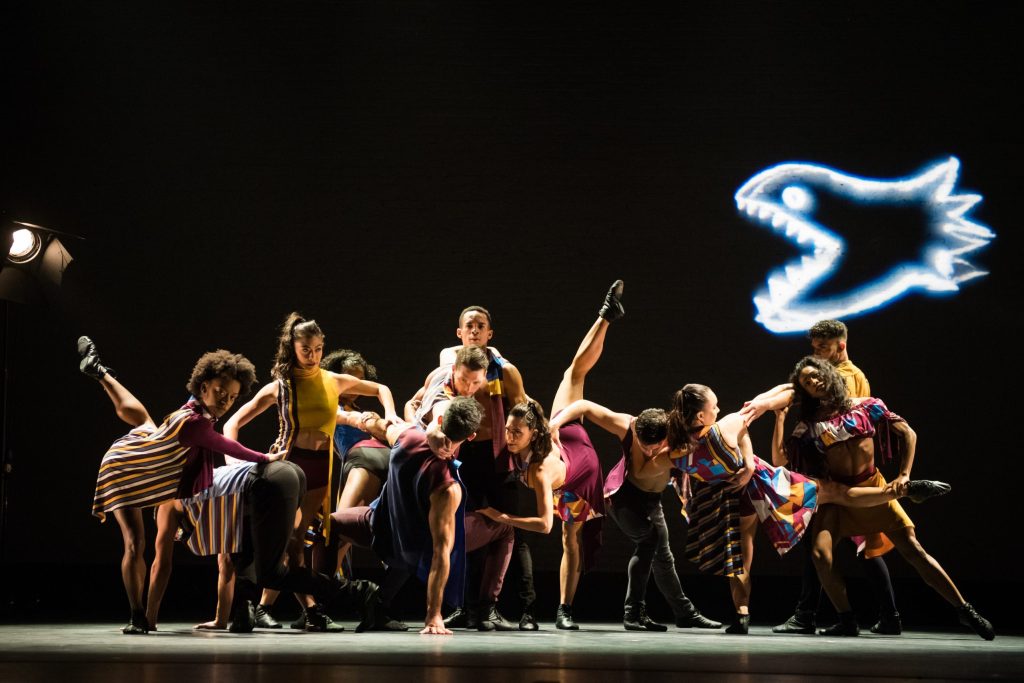 After it ceased touring in response to the COVID-19 pandemic, New York City’s lauded Ballet Hispánico is back on the road celebrating a half century of Latinx dance and artistry.

Selected from the many works the company has performed over the decades, the program reflects the diverse choreographers and artists that have graced the nonprofit performing arts organization since dancer Tina Ramirez founded it in 1970.

“The arc of the whole evening is a celebration of Ballet Hispánico, [which] has been challenging narratives and [been] there for our community for 50 years,” says Vilaro, who became the company’s second artistic director in 2009 following Ramirez’s retirement.

From its roots as a dance school and community-based performing arts troupe, Ballet Hispánico has since grown to include a company that tours internationally, a school of dance and studios for its performers and the artistic community. Last year, it was named an American Cultural Treasure by the Ford Foundation. This year, it was the recipient of a $10 million gift from philanthropist MacKenzie Scott and her husband, Dan Jewett.

Things haven’t always been so rosy. Like so many arts organizations across the country, Ballet Hispánico was rocked by the COVID-19 pandemic. But with a past marked by “traumatic and dramatic issues” including underfunding — and losing most of its costume inventory to flooding during Hurricane Sandy and then a water main break in a basement a year and a half later — Vilaro says the organization was ready to meet the challenge when COVID-19 hit.

“We’re used to having to really come up out of the ashes,” he says.

The company spent its 50th year pivoting to digital, building a large virtual presence that included watch parties, performances and talks on its B Unidos platform, and working to maintain a connection to its audiences. In October, Ballet Hispánico hit the road for the first time in nearly two years, performing in Iowa, Wisconsin, Michigan and Texas. This is its first-ever performance in Berkeley and its first in the Bay Area in at least 15 years.

Set to music by Spanish composer Enrique Granados, the piece is included to honor the legacy of a Latinx choreographer “pushing the boundaries” of the ballet world of the 1970s, Vilaro says.

From there, audiences will be drawn into choreographer Annabelle Lopez Ochoa’s “Tiburones,” a piece she created in 2019 in response to the portrayal of the Latinx community in “West Side Story.”

Challenging the stereotypes created by the gang known as the Sharks, as well as the hyper-masculine and hyper-feminine stereotypes that exist in the Latinx community, Ochoa is creating a new story that turns the tables on persistent — and hurtful — narratives.

After the tour wraps up, the company will be focused on Ochoa’s full evening-length ballet about the life of Argentine activist and former first lady Evita Peron, which is set to premiere in New York in April 2022.

Vilaro says that Ballet Hispánico is excited to present a ballet about an iconic woman, created by a woman, “instead of another male doing it.” The ballet will feature all new music.

“This is what we’re talking about,” Vilaro says. “Taking back some of these narratives that were taken away from us. All the Carmens and the Fridas of the world that were taken and written and developed by men. It’s time to change.”