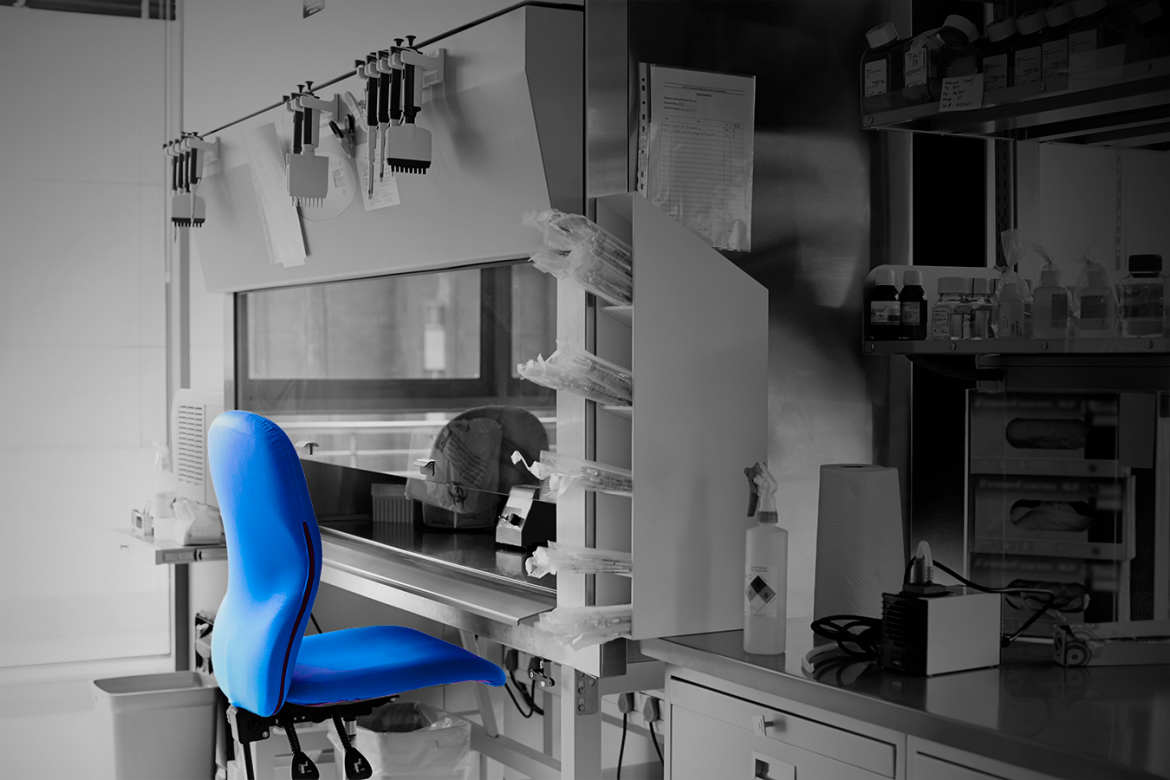 There were days, nights and weekends in the early months of the pandemic when Denise Von Bargen was the only person running covid tests at the public health lab in Ventura County. She once had eight or nine employees to assist her, but, one by one, they had all retired or left for other jobs.

Like other public health laboratories in California charged with broad-scale disease testing and surveillance, the Ventura lab received federal and state money for new equipment and short-term hires to bolster its response to covid-19. But the funding was temporary, and Von Bargen, the director, could not use it to increase the salaries of her employees, who could earn more money doing less work in the private sector.

Operations deteriorated further last month, after the lab lost its license to run routine tests that check the county’s ocean water for deadly bacteria. It appears to have been a clerical error: The licensing paperwork changed, and the staff typically responsible for submitting the application had quit.

“The biggest threat to [public health labs] right now is not the next emerging pathogen,” said Donna Ferguson, director of the public health lab in Monterey County, “but labs closing due to lack of staffing.”

But the decline has accelerated over the past year and a half, even as millions of dollars in federal money has poured in. Public health nurses, microbiologists, epidemiologists, health officers and other staff members who fend off infectious diseases like tuberculosis and HIV, inspect restaurants and work to keep communities healthy are abandoning the field. It’s a problem that temporary boosts in funding can’t fix.

The brain drain is sapping community health oversight in ways big and small. The people who staff public health labs, for example, run complex tests for deadly diseases that require specialized training most commercial labs lack. While their work is largely unseen by the public, they touch almost every aspect of society. Public health labs sample shellfish to make sure it is safe for eating. They monitor drinking water and develop tests for emerging health threats such as antibiotic-resistant viruses. They also test for serious diseases, such as measles and covid. And they typically do it at a fraction of the cost of commercial labs — and faster.

Public lab directors are typically required to hold doctorates, and they must have appropriate credentials for their labs to be certified.

Ferguson said it feels like there’s a revolving door on her lab, as recent college graduates join for a few months to gain experience, at a starting pay of $19 an hour, and then move on to higher-paying jobs at hospitals. It’s all but impossible to hire qualified staffers for part-time roles, like the ones created with temporary bursts in funding, because of the training required. In California, many lab positions require a public health microbiologist certificate from the Department of Public Health.

California has 29 public health labs, down from nearly 40 before the 2008 recession. A lab in Merced has been without a director for months and could soon close. While there’s no official count of how much the field has shrunk, nearly every lab is missing key staff members, said Godfred Masinde, who is president of the California Association of Public Health Laboratory Directors, lab director for San Francisco and filling in as lab director in Fresno County. Dozens of public health microbiologist positions are unfilled around the state.

“We have funding now; we have equipment,” Masinde said. “But we don’t have the staff to run the equipment.”

His San Francisco lab typically runs 100,000 tests for gonorrhea and chlamydia each year, and 150 to 200 tests for syphilis every day, Masinde said. While California also has state-run labs, he noted, they simply don’t have the capacity to pick up the slack for shuttered county labs.

Counties are struggling to recruit and retain staffers for other positions as well. An informal survey conducted by the California Directors of Public Health Nursing found that at least 84 public health nurses have left their jobs since March 2020. Many retired, part of a graying workforce challenged with recruiting nurses into an obscure field requiring special accreditation.

Public health nurses are trained in nursing and community health, and often work with families, or community groups, not just individual clients. They do home visits after births, work on early childhood development and help respond to outbreaks of infectious disease. “So providing more of a holistic approach, and also addressing the social determinants of health,” said Michelle Curioso, public health nursing director for Kern County and president of the California Directors of Public Health Nursing. Like lab staffers, public health nurses must be specially certified to work in public health departments.

In California, the average annual salary for a registered nurse is more than $120,000, according to the Bureau of Labor and Statistics, while public health nurse job postings in several counties offer salaries starting around $65,000.

Nursing shortages have been particularly severe in rural California. In Butte County, several public health nurses retired earlier than expected, said Monica Soderstrom, Butte’s director of public health nursing, and two young nurses who went on pregnancy leave decided not to return after finding jobs with higher wages. “It has been difficult to fill our vacant positions,” said Soderstrom, “as we are competing with hospitals and clinics paying sign-on bonuses due to covid staffing needs.”

The loss of top county health leaders — department directors and health officers charged with leading the pandemic response in local communities — has been particularly stark, mirroring a sobering national trend.

Seventeen of California’s 58 counties have lost their health officer since March 2020, and at least 27 have lost a director or assistant director. The director and deputy director of the state Department of Public Health also resigned.

The collective expertise lost with those departures is hard to overstate.

Take, for example, Dr. Robert Bernstein, who moved to California in 2018 to become health officer for rural Tuolumne County after more than two decades working in public health for the federal Centers for Disease Control and Prevention, the World Health Organization and the Florida Department of Health, among other organizations. In California, health officers must be physicians, and are charged with enforcing state and local statutes and protecting the public from health hazards.

In March 2020, just as the pandemic was making its first surge across the state, Bernstein was asked to resign by the county board of supervisors. According to Bernstein, supervisors were upset that he had ordered rabies vaccines for two children bitten by bats — including a bat that tested positive for rabies — against their parents’ wishes. The county declined to comment on the matter, saying it is legally prohibited from discussing personnel matters.

Bernstein moved to Butte County and became health officer after his predecessor resigned in May 2020. Bernstein watched as colleagues in neighboring counties, facing menacing public threats over covid-related health orders, began quitting, seemingly one after the next. In some communities, public health officers also faced rude and derisive pushback from local elected officials, even as law enforcement leaders openly refused to carry out their health directives.

“You might, as a public health officer, have the authority and responsibility to recommend or even mandate certain public health actions,” Bernstein said, “but you need a partnership with those in authority to carry [them] out.”

By September this year, Bernstein was disillusioned with the dynamic and the notion that his family could get caught up in the covid rancor.

“I just decided that as a dad of 16-year-old triplets, I don’t need me or the kids to be threatened in any way, and I can do good public health work at the state level or federal level or even international level,” Bernstein said.

Michelle Gibbons, executive director of the County Health Executives Association of California, said local departments are seeing the cascading effects of those top-level defections, with midlevel managers hesitant to move into senior positions, even though top officials can command salaries of more than $200,000.

The state budget this year included $3 million for an assessment of California’s public health infrastructure, and public health leaders believe it will show that staffing and training are major issues. Still, the budget did not include additional long-term funding for health departments. Amid negative headlines and a lobbying blitz, Gov. Gavin Newsom eventually agreed to add $300 million a year for public health, a handshake deal not scheduled to begin until July.

Advocates warn that the timing matters: Many public health workers are hanging on to see their communities through the pandemic and will leave once it ebbs. “We’re going to see a huge wave of retirements when this is over,” said Kat DeBurgh, executive director of the Health Officers Association of California.

In Ventura County, Von Bargen, exhausted by the pandemic, has been trying to retire for a year. She didn’t want to abandon the lab she fought so hard to keep open, and it took that long to find a replacement. Her successor will start early next year, at which point Von Bargen, too, will join the ranks of former public health employees.