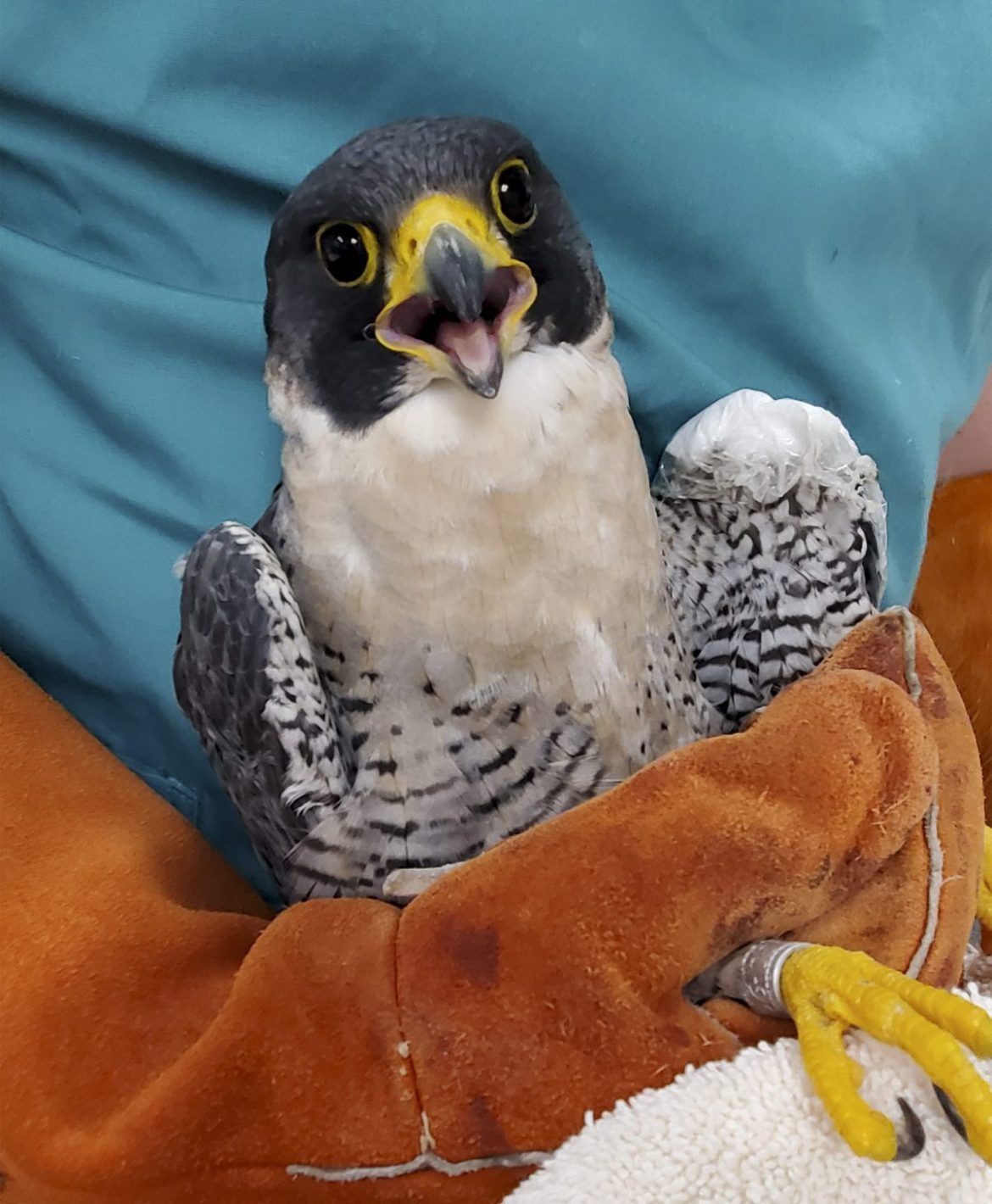 Grinnell, one of the beloved Peregrine falcons, who along with his partner Annie, nests on the UC Berkeley Campanile Tower, was brought to Lindsay Wildlife Rehabilitation Hospital in Walnut Creek on Oct. 28 with injuries after a suspected territory dispute with another falcon.

Grinnell hasn’t had the best week.

The falcon, who along with mate Annie famously nests in UC Berkeley’s Campanile tower, was found sitting on a garbage can at the Berkeley Tennis Club on Oct. 28. He didn’t try to get away when approached by a human.

Someone from the club called Lindsay Wildlife Experience in Walnut Creek for advice, put Grinnell in a box, and took him to Lindsay’s wildlife hospital, where an examination showed the falcon was missing the tip of his maxilla, or upper bill. He was also missing a large patch of feathers on his chin and throat, near a wound, said Lindsay’s spokesperson Jennifer Modenessi.

Grinnell also had an injured left wing, which might explain why he was sitting around the Berkeley Tennis Club.

The fast-flying predator was sporting a federal band, which meant his movements and migratory behavior was being studied by federal researchers. A scan of the band revealed his identity.

Grinnell is receiving antibiotics, anti-parasitic drugs, and pain medication as he recovers from his injuries. The peregrine falcon will likely remain at Lindsay for at least 10 to 14 days to heal, before being returned to his hometown.

Grinnell and Annie were first observed at the UC Berkeley Campanile in late 2016. Since then, they have nested in the Campanile tower, with their daily nesting life captured on web cams and viewed by thousands of social media followers.