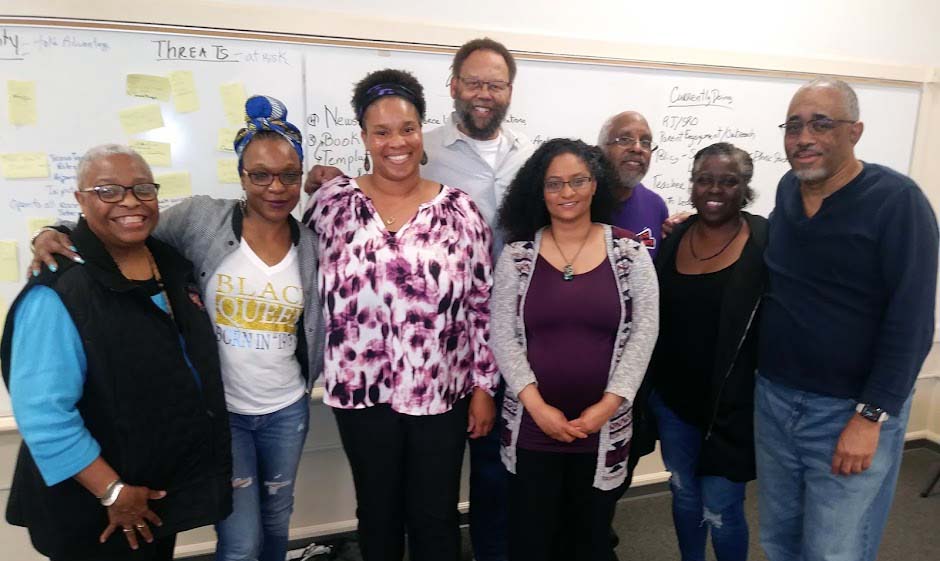 When Sacramento State professor Otis Scott slammed his fist on the table at a Sacramento Area Black Caucus meeting in 2007, infuriated about the test scores of local Black students, no one knew he was setting in motion the creation of an organization that would eventually fight for the equity and fair treatment of California’s Black and Latino children.

In February 2008 a small group of community activists formed the Black Parallel School Board to advocate for Black students in the Sacramento City Unified School District. Since then, the organization, which now has 300 members, has become a formidable force, holding monthly meetings in a Methodist church to hear from the community and sending parent advocates to meetings with teachers and principals to support Black parents and their children.

This year, the organization, made up primarily of parents, grandparents and community activists, is fighting for all California K-12 students.

Earlier this month, the Black Parallel School Board and two students filed a lawsuit against the California Department of Education and State Superintendent of Public Instruction Tony Thurmond, alleging that disciplinary practices in schools throughout the state are biased against Black and Latino students. It says officials at the California Department of Education have data that show the disparities, but haven’t done anything about it.

The punishments meted out disproportionately to Black and Latino students impact their opportunity to get an education, graduate from high school and enroll in college, said Faye Wilson Kennedy, a member of the Black Parallel School Board executive committee.

The organization decided to file the lawsuit after hearing from parents in other California school districts who said students were routinely transferred to alternative schools without an expulsion hearing. These transfers allowed districts to remove students from a school and avoid reporting them as expulsions, according to the suit.

The lawsuit asks for the state to identify schools that have disproportionate discipline rates or that transfer Black and Latino students and to intervene.

In a statement responding to a request for comment for this story, the California Department of Education said the department and Thurmond have been focused on finding ways to reduce suspensions, especially for students of color. The department has provided grants to help schools implement restorative justice programs, an alternative to suspension and expulsion that allows the offender to make amends for the damage his or her behavior may have caused. Thurmond also has created a new task force focused on improving Black student achievement.

“Superintendent Thurmond is committed to addressing institutional racism and the inequities that have caused disproportionate learning gaps for students of color,” the statement said. Read the full statement here.

Carl Pinkston, a founding member of the Black Parallel School Board, said the data on discipline is clear. He would like the state to take some action, instead of forming another task force.

“What are you going to do to hold districts accountable that have disproportionate suspension rates?” he asked. “Our parents are frustrated, tired at the slow pace and inaction. They aren’t getting help in their districts, but they are looking for the state to respond.”

The Black Parallel School Board’s frustration led to a lawsuit once before. It joined a lawsuit against Sacramento City Unified in 2019 on behalf of the district’s special education students. The suit, still ongoing, alleges that the district discriminated against students with disabilities, especially Black students. It says that disabled students are segregated from other students and disciplined for behavior caused by their disabilities.

Again, the group’s members said they felt they had no choice.

It all started with a public meeting

The Black Parallel School Board was formed out of necessity after a community meeting in 2007, Kennedy said. The meeting was meant to discuss a report on the district’s low test scores. The hall was packed, but few people were there to talk about the report, Pinkston said. Instead, one parent after another walked up to the microphone to express their frustration over the two-minute time limit for public comment at school board meetings and the lack of response they got from board members and administrators after they spoke.

“The meeting was packed and parent after parent came up and said the same thing,” Pinkston said.

It became apparent that the parents needed guidance to maneuver through a complicated educational system with numerous state regulations and filled with eye-glazing acronyms.

The Black Parallel School Board, which has an executive board and a chairperson, allows everyone who attends its monthly meeting to have an equal voice — swearing in all willing members of the audience at each meeting. Anyone can speak and offer resolutions the executive board can vote on.

“We wanted to switch the power relationship so that the community has the power to say they are the board,” said Pinkston, a former accountant. “They are empowered to make motions, make resolutions. It is the responsibility of the executive council to do the work.”

After the regular monthly session, the organization usually holds learning sessions on topics requested by parents. Some topics have included parental rights in the school system, how to ensure your child gets the services outlined in their individualized education program, how to read a school budget, what a school board does and a parent’s role on a school site council.

The group works with students as well, starting a program that teaches high school students leadership, research and public speaking skills. They organize Black book fairs at schools and raise money for scholarships.

The organization’s successes range from persuading a school with 60% Black students to add posters of Black educators and historical figures to the array of posters with white faces on their walls, to working with a coalition of community organizations to persuade Sacramento City Unified to remove school resource officers from campuses in 2018.

Board members and parent advocates help parents file complaints and accompany them to meetings with teachers and school administrators, often regarding individualized education programs or disciplinary actions.

Advocates prepare parents for the meetings, explaining the educational phrases and acronyms they might hear. The advocates also work with parents to ensure that the meeting is productive and that communication doesn’t break down.

“I tell the parent if they are in the meeting and people are saying things they don’t understand, it’s OK to say ‘I don’t understand. Can you explain that to me?’ Sometimes you don’t want people to think you are stupid, so you don’t ask the question,” Kennedy said.

LaShanya Breazell, a member of the executive board, said she lays out the ground rules at the beginning of each meeting. “I don’t believe in yelling and screaming,” she said. “When I see that happening, I use a calm tone. I reassure the parent.”

Breazell got involved with the Black Parallel School Board after showing up for the first community meeting to express concern about the disparities she saw between how Black children and other children were educated.

“My youngest son was facing challenges at middle school,” she said. “They weren’t listening to what I had to say. At the time I didn’t know what to do as a parent. I was becoming very frustrated.”

Since then, Breazell has become well known at Sacramento City Unified school board meetings. In 2017 she began a campaign to buy Chromebooks for all district classrooms. She showed up to every school board meeting for more than a year to ask the board to approve the purchase of additional computers. She brought parents and students to testify about the lack of computers and inquired about funds that had been set aside to pay for technology. The board finally voted to buy the computers.

The organization’s sway over the district has ebbed and flowed, largely depending on who holds the position of superintendent. It has been the impetus for things like the district’s Restorative Justice Collaborative, and members have been given seats on district councils and task forces, but still often don’t feel their voices are heard, White said.

“I think the problem is clear. It really is,” White said. “We have to improve relationships between teachers and students, put them on a better wavelength to understand the students they have. We have teachers who have never spent time in the communities they teach in. They hit the freeways and they are gone.”

There have been a lot of requests for the Black Parallel School Board to take on issues in other school districts, and occasionally it does when the problem is big enough. But the organization prefers to keep its focus on Sacramento City Unified, while helping to train and encourage parents in other communities to start their own organizations. Three years ago they did just this for the Black parents of Merced, who established their own Black Parallel School Board.

“For me, it’s a joy to see where we started and where we are now, and the fierce, passionate parent organizers,” Pinkston said. “They will fight really hard for their kids and for every other child.”