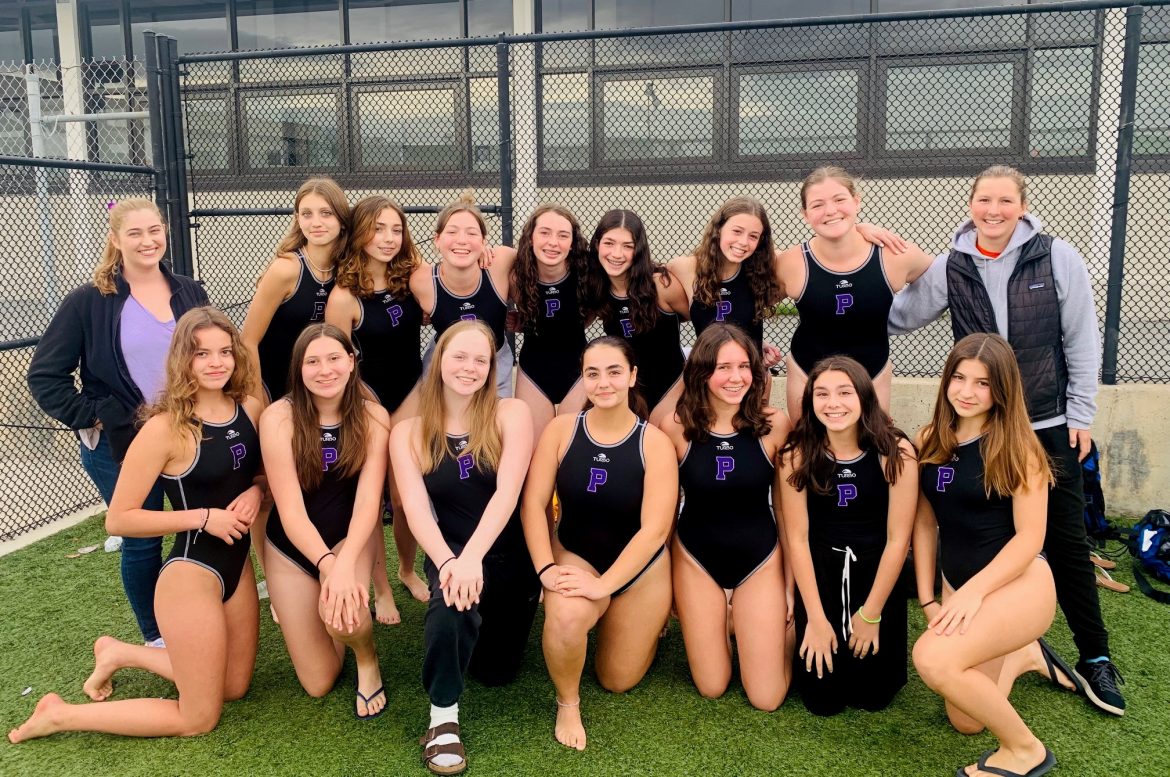 Two of JV’s most memorable games include our game against Alameda towards the beginning of the season, and then our final game against Encinal.

The Alameda game is where the girls began to work as a team and made strides toward mastery over the most important basics in water polo. Our goalies (Elizabeth Long and Ruby Johnson) had a combined eight blocks, and given the amount of training they had, we knew their prowess was just beginning. Captain Aoife Cain used her previous experience with water polo to demonstrate some key skills, including aggressive steals, shot attempts, and smart passes. Freshmen Emily Williamson, Dahlia Saffouri, and Olivia Kaltner made some incredible attempts on goals as well. Alicia Bernales became the first to master a foul, and Belaine Meima began strengthening our defense with her strong pressure (moves that would become a key component of their playing styles).

In the final game against Encinal, the Highlanders showed just how far they had come over the season. Elizabeth and Ruby combined for twelve blocks and one steal. Captain Sage Gilbert had numerous steals of her own and several attempts on goal from her new position at hole set. Friedje Schickendanz and Chloe Graham both made beautiful goal attempts. Other improvements were less tangible but no less important: Mary Schikendanz learned to claim her leftie space in the frontcourt, and Olive Litwin began driving to create crucial movement on offense. While the numbers of the game betrayed us, the improvements the girls demonstrated in this final game were remarkable: winning sprints, making field blocks, pressing on defense, communicating on defense, swimming continuously despite fatigue, and (of course) getting a hand up to aid their goalies. Each and every one of these players contributed to the remarkable growth made by the team throughout the season, and the anticipation for next season’s achievements is unmistakable.