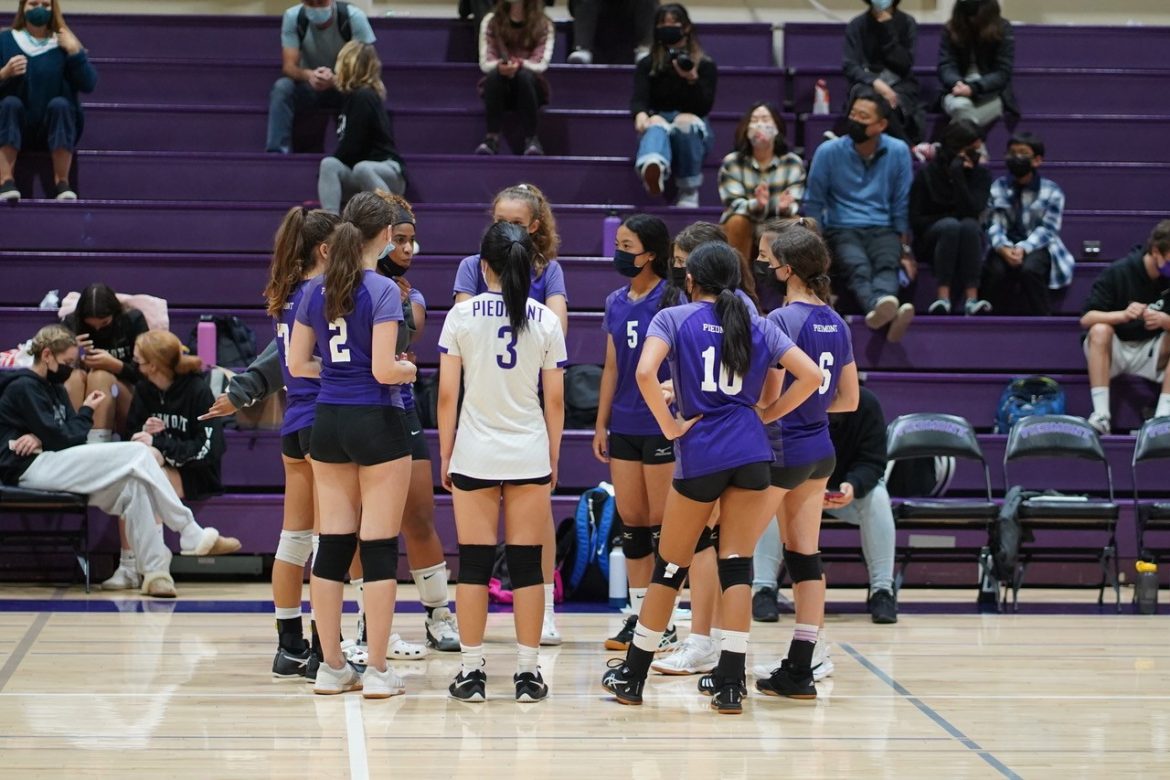 There was tremendous interest in the 2021 girls volleyball program, with over 20 players trying out for the freshman team. With a final roster of 12 girls, the Highlanders had a highly successful season with an overall record of 11 wins and just four losses.

The team started out the season with a Saturday tournament in Stockton. After an opening game loss, the girls won three straight matches to finish the tournament at 3-1 and bring home the consolation bracket trophy.

Moving on to league competition, PHS opened the first week of play with a victory over San Leandro and a tough loss to Castro Valley. The team quickly rebounded and won the next five matches, including a thrilling three-set win over rival Bishop O’Dowd.

The winning streak finally ended with a loss again to Castro Valley in an exciting three set match. But the team finished strong by winning two of its final three matches, including another three set win against Bishop O’Dowd.

Throughout the season, the girls showed consistent improvement and great teamwork. They overcame injuries to a couple of players to have a highly successful season. The freshmen showed that the future of PHS volleyball is very bright!