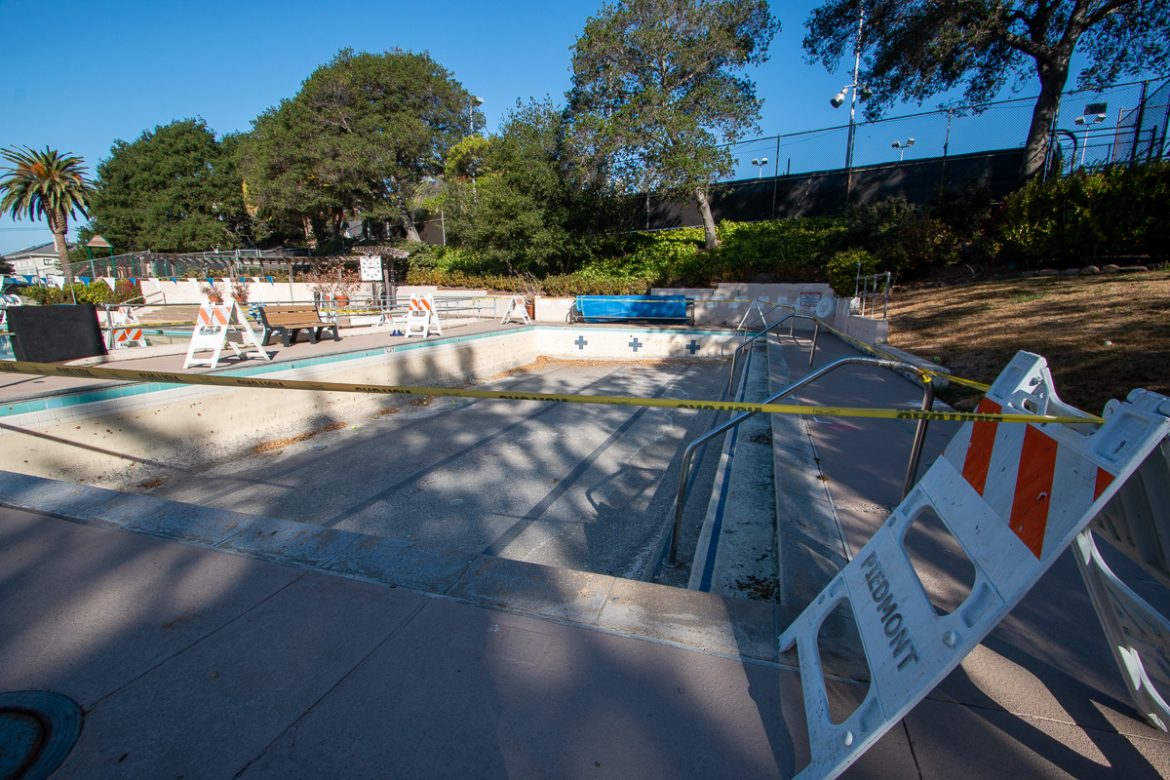 In the latest actions on Piedmont’s long, complex road to replacing its community swimming pool, the City Council on Monday voted unanimously to formally authorize issuing $19.5 million in bonds to finance pool construction.

Proceeds from these bonds will pay for a new city aquatic complex, at a forecast cost of approximately $19.5 million. Plans are for the new pool to open in mid-2024, replacing the existing 57-year-old Piedmont aquatics facility that closed in March 2020.

Based on current interest rates, the anticipated credit rating on the bonds (believed to be “AA” at this point), and estimated costs of issuance, the projected tax rate is anticipated to be the same or lower than originally estimated by bond proponents ahead of the November 2020 general election, when 68.52 percent of Piedmont voters passed Measure UU to tax themselves to pay for the bonds.

A city staff report says the tax rate statement provided to voters during the Measure UU election campaign described a tax rate of $26.20 per $100,000 of assessed property value. But based on current interest rates as of Oct. 22, the proposed bond issue has a slightly smaller tax impact than originally estimated, of $25.40 per $100,000 of assessed value, based on Fiscal Year 2021-22 assessed property valuation in Piedmont.

Michael Szczech, Piedmont’s finance director, told the City Council that the credit rating, and the interest rates, connected to the bonds’ sales to investors will likely be discussed at the council’s Dec. 6 meeting.

The council on Monday night also approved creation of a “preliminary official statement,” and a “bond purchase agreement.” The former is a disclosure document used to market the bonds and provide the information necessary for a potential purchaser to make an informed investment decision. The latter, the bond purchase agreement, is the document calling for the bonds to be sold by the city to BofA Securities, Inc., the underwriter for the resale of the bonds to investors.

Mike Newman of HilltopSecurities Inc., the city’s municipal advisor for the issuance and sale of the Measure UU bonds, said Piedmont residents — homeowners and renters alike — will likely get the first crack at buying bonds for investment purposes. Newman said that notice of the bond sale, when that happens, will be publicized in local newspapers and online news sites, including the Exedra. That timetable has not yet been established.

The bonds will have a final maturity date of Sept. 1, 2051 and be subject to redemption at the option of the city by approximately Sept. 1, 2031.

Hari Titan of Piedmont called in to the council meeting to say the documents accompanying the city’s bond issuance could be “better written” for the lay investor to understand. “This is an important opportunity for the city to explain how premium bonds work,” Titan said.

City officials acknowledged they have a lot to learn connected with this bond issue, which they said Monday night is Piedmont’s first such bond issue in at least 50 years.

Szczech told the council that the advisors the city is retaining to help them through the bond sale — HilltopSecurities and municipal finance law firm Jones Hall, both based in San Francisco — should help things go as smoothly as possible.

“I think we’re well covered, and I think we’ve had experienced eyes on all phases of (the process),” Szczech said.