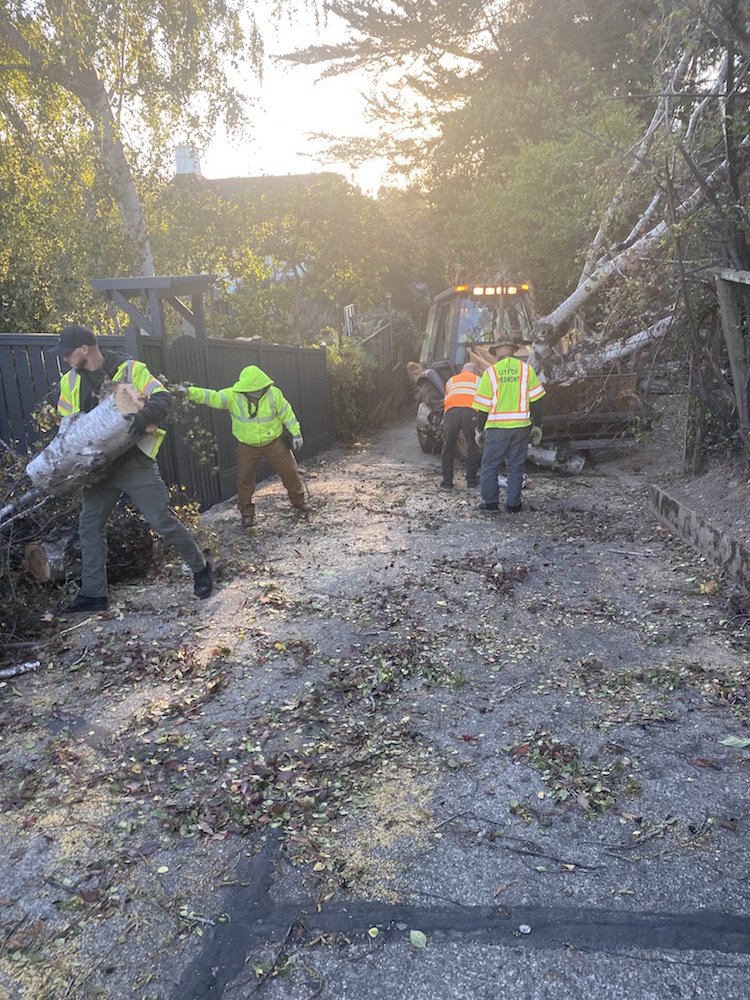 If a tree falls in Piedmont, public works staff are called to action.

With little discussion on Monday night, the City Council approved four-year labor agreements with workers in Piedmont’s Public Works Department and with those classified as “General,” including dispatchers, an animal control officer, and a police records specialist.

City Administrator Sara Lillevand also said both agreements provide for “modest increases” in health care coverage for both current employees and retirees. The total fiscal impact to the city of these newest agreements through mid-2025 is approximately $625,000, which is within 2 percent of the cost included in the city’s long-range financial plan.

The city has reached labor agreements with several other Piedmont employee groups in 2021, those running through mid-2024 and resulting in similar pay increases. In August, the City Council approved a new four-year contract with the Piedmont Firefighters Local 2683, IAFF (Fire Captain Bargaining Unit), calling for similar economic terms — 3 percent increases now and on July 1, 2022; and 3.25 percent increases effective July 1, 2023 and July 1, 2024.

Also agreeing to similar salary increases over a four-year period were Piedmont’s police officers and other firefighters (approved in July).