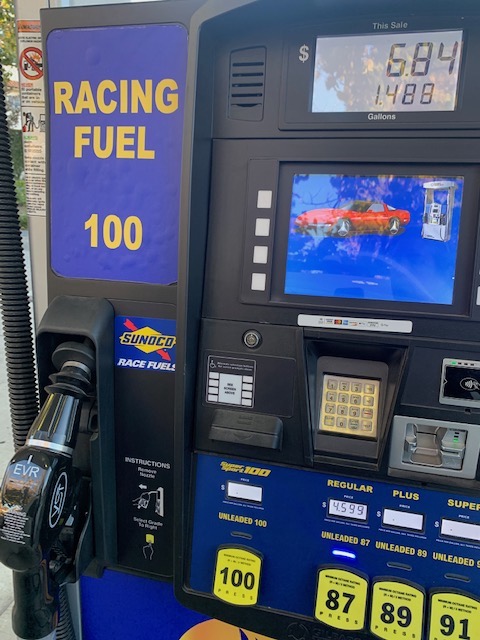 Sonoma Raceway we are not, so a curious reader wanted to know why the Piedmont Service Station (formerly Valero) on Highland Ave. now has a Sunoco racing fuel pump installed along with the usual offerings.

According to a 2017 article in the Detroit Free Press (High octane gas is coming — but you’ll pay more for it), oil companies and automakers started working to bring higher octane fuel into pumps all across the country to reduce emissions and boost fuel economy. And yes, it does cost more: A call to the station confirmed a gallon of the gas on Oct. 29 is $9.99.

Owners of high performance gasoline-powered cars and/or motorcyclists we informally queried said it’s expensive but it burns “clean” and is a good choice for engines that may sit a while between use.

Sunoco, which says it’s been the official fuel of Nascar since 2004, appears to have a network of stations around the Bay Area that offers this choice.